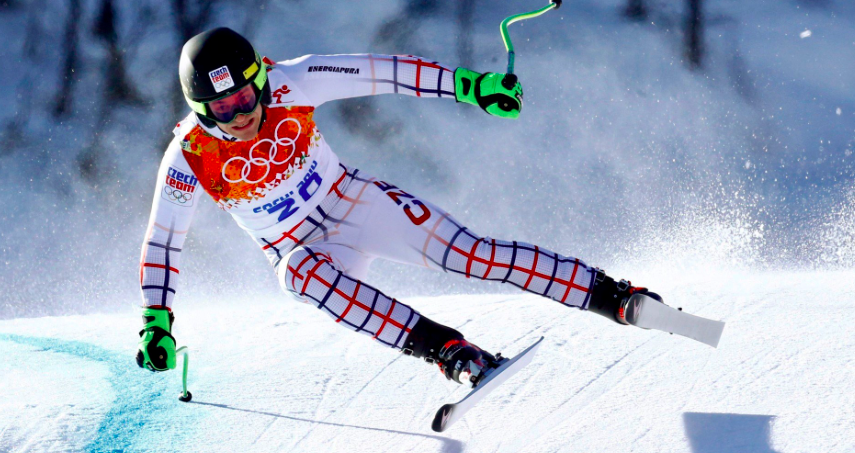 Alpine skiing is one of the most anticipated events in winter olympics.

Alpine skiing is one of the most anticipated events in winter olympics.

The 2018 Winter Olympics are here!

Elite winter athletes around the world are anxiously awaiting their turns to compete in Pyeongchang, South Korea in the 2018 Olympic Games which began on February 9th. It is the first time since the 1988 Seoul Summer Olympics that South Korea is hosting the Olympics. After losing their previous three bids to host the games, Pyeongchang made a few changes to increase their possibility of hosting the 2018 games. Its location, only 50 miles from North Korea, along with its economic state presented many issues for the Olympic committee. One of the biggest changes for Pyeongchang was its name. Originally spelled Pyonchang, the city was commonly confused with Pyongyang, the capital of North Korea. The similarities of the names led South Korea to add a letter and change the city’s name to PyeongChang to reduce confusion. In addition, the weak infrastructure of Pyeongchang would mean travel from South Korea’s main city, Seoul, which would take hours, potentially preventing people from attending.  Determined to host another Olympic games, South Korea proposed to pay for Pyeongchang to have a 13 billion dollar facelift. After finally winning the bid to host the 2018 Winter Olympics, Pyeongchang has transformed into a modern city and hub for winter sports.

With new sport complexes and a stable infrastructure, Pyeongchang is prepared for thousands of athletes and fans who are expected to attend the games. This year, 92 nations are participating in the games including North Korea, who will be joining South Korea under the Korean Unification flag. For the first time ever, South Korea and North Korea will be playing together as one unified women’s ice hockey team. This unified group has been one of the most publicized and controversial teams set to participate in the 2018 Olympics. While the inclusion of North Korea in the Olympics is a sign of hope for better Korean relations, their participation has brought many complications. Political leaders around the world are questioning if North Korea’s inclusion in the games will change the image of the Olympics from a unifying athletic event into a political competition.

Regardless of the political issues surrounding the 2018 Olympics, team USA athletes vowed that they will not let these issues affect their performance. Team USA is bringing 244 athletes to Pyeongchang, 107 women and 133 men. After placing second to Russia in the Sochi 2014 Winter Olympics, Team USA has been preparing tirelessly for this year’s Olympics in hopes of taking home the gold. A few star athletes to watch include previous gold medal recipient and alpine skiing world champion Mikaela Shiffrin, who is expected to be a top competitor in slalom skiing this year. Chloe Kim, a 17 year old champion snowboarder, is also favored to win a gold though she is one of the youngest competitors in her event. Becoming a part of the USA Olympic team is a massive feat for every athlete, but for Maame Biney and Gus Kenworthy, making the team meant more than just going to Pyeongchang.

At 18 years old, the youngest of her competitors, Maame Biney became the first African American woman to make the US Olympic short track speed skating team.

The thought of being the first openly gay male ever to compete in the Winter Olympics—I totally embrace that, I so badly want to inspire that community and do well for them.”

Freestyle skier Gus Kenworthy also made Olympic history as one of the first openly gay male athletes to compete in the Winter Olympics for Team USA.