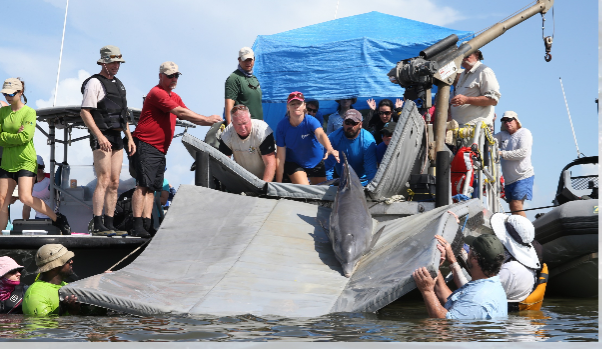 This past Tuesday (February the 28th), senior Kara Schwacke completed her final thesis document and defense. Her thesis attempted to predict the success of dolphin pregnancies based on the presence of certain hormones. Through this project, Kara participated in a Louisiana team which caught, tagged and released 38 dolphins (20 males and 18 females, 6 of which were pregnant). She discovered that dolphins with high white blood cell counts and low hemoglobin levels also had unsuccessful pregnancies. This correlation will most likely aide future research into dolphin reproductive health and the effects of pollutants on marine life.