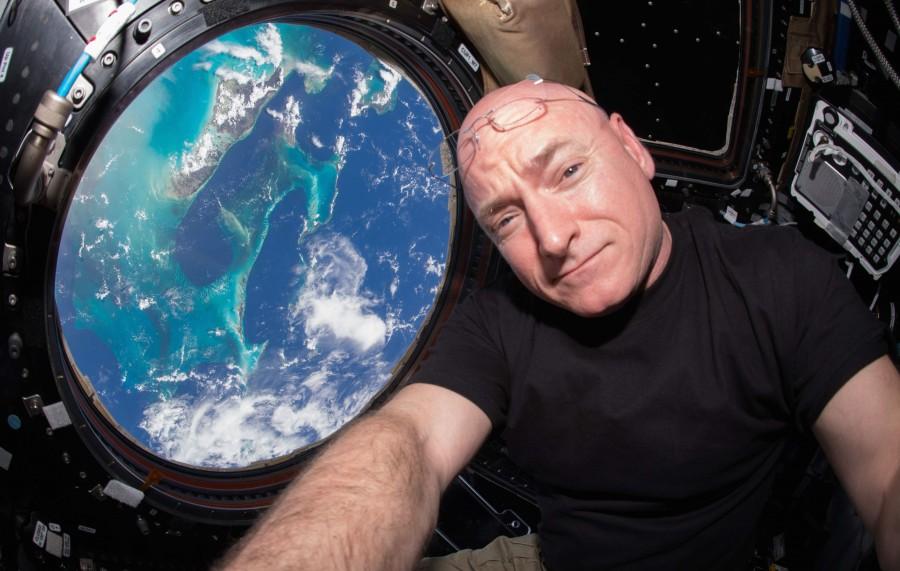 After a 340 day mission on the International Space Station (ISS), American astronaut Scott Kelly and his Russian partner Mikhail Kornienko returned to Earth on March 2nd at 10:26 in Kazakistan. Gravity’s pull wasn’t the only thing that brought them down to Earth, as they were greeted by many friends and family, including Kelly’s twin brother and fellow astronaut. Because of the practically identical genes and DNA of the twins, NASA scientists are studying the brothers to better understand the effects of space travel associated with long periods of stay in space. In order to prepare for potentially long journeys to farther places in space, it is essential that the researchers at NASA truly understand the possible hazards of space travel over prolonged stays in space. Ideally, the analysis aims to predict the feasibility of long term flights for a possible end destination of Mars.

Space is no walk in the park. The decreased gravity contributes to dangerous muscle atrophy and bone density loss. Often times, when astronauts return to Earth, they have trouble walking unassisted due to the lack of use in their muscles. Scientists suspect that the key to unlocking the mysteries of space and its influence on the body lie within genetics. Therefore, considering that Scott Kelly and his brother Mark Kelly are twins with extremely similar DNA, they are an ideal way to demonstrate the potentially harmful effects of space travel. Many geneticists suspect that space causes the human body to age faster. Telomeres, protectants of chromosomes in DNA strands, tend to shorten as people age or are under extreme stress. The job of an astronaut is not an easy one, so scientists hypothesize that their telomeres are effected and, therefore, may be causing the detrimental effects often associated with aging but in astronauts that spend lengthy times in the void of space.

Another interesting consequence of time travel is that, according to Einstein’s theory of relativity, Scott will actually age more slowly than his brother on earth. The theory of relativity proposes that gravity may cause time to slow down so, with less gravity in outer space, Scott becomes even younger than the already 6 minutes that separates him and his brother Mark. Physically, however, Scott is much more likely to age faster. Even the 25 microseconds (millionths of a second) younger that he has possibly become from his time in space have no affect on the atrophy his mission has had on his body. From his perspective, Kelly explains that his return to Earth meant a lot of pain all over his body. He says, “my skin, because it hasn’t touched anything for so long … it’s very, very sensitive. It’s like a burning feeling wherever I sit or lie or walk,” which demonstrates a significantly negative effect of such a length time to spend outside of Earth’s gravity. Although, one temporary benefit of the lessened gravity is that Scott is now about 2 inches taller than he was before his journey in the ISS. As gravity does not pull down on the spinal column, it allowed Scott’s to expand, giving him a height advantage over his now vertically challenged brother. Thankfully, both the Russian and American astronauts returned to Earth safely, and, hopefully provide more answers so that space travel can reach new horizons. 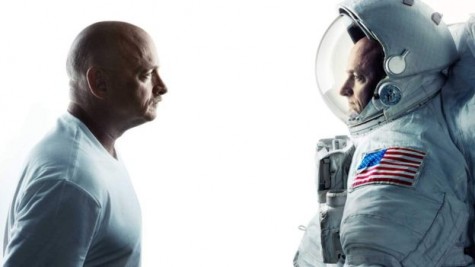 Mark Kelly (left) and Scott Kelly before his journey into space 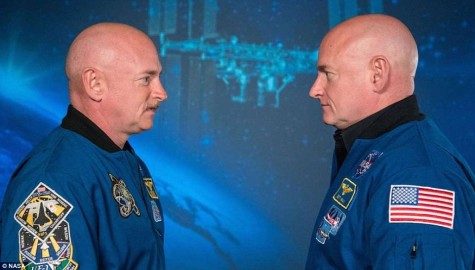 Mark Kelly (left) and Scott Kelly after his return 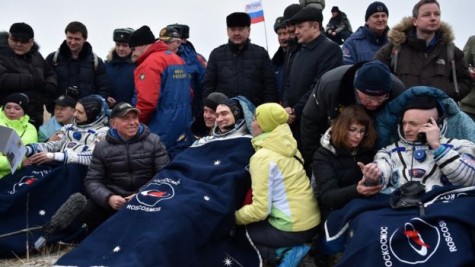 Mikhail Kornienko and Scott Kelly upon their return home