Ranking the First 10 Videos on my TikTok FYP 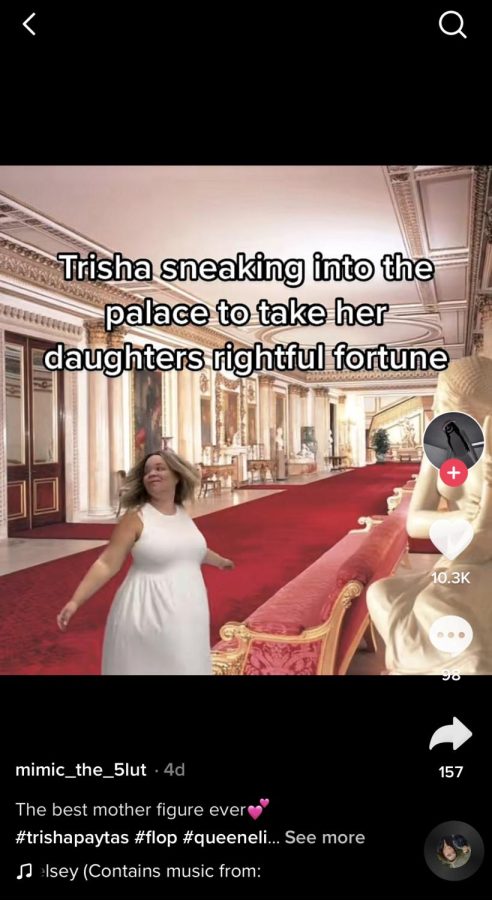 Ranking the first 10 videos on my FYP

I would like to preface this article by saying that I had no control over the first 10 videos that popped up on my for you page (FYP). Rather, the videos are often reflective of what is trending in today’s society. Please keep in mind that some videos may contain information that could be offensive to some viewers. However, this a portrayal about how a large portion of the younger generation uses social media to discuss current events. Ultimately, these videos are a reflection of how our society tends to shine a humorous light on serious topics. The message of Emily Dickinson’s poem “Tell all the truth but tell it slant” remains true for us today as it did for her contemporaries. Sometimes serious events are too serious to talk about directly; sometimes a little humor is necessary. Of course, the objective, blunt truth can be found on the internet; however, TikTok itself is a clear reflection of Dickinson’s poem. On the other hand, social media is also filled with complete misinformation, as will be present in this article. 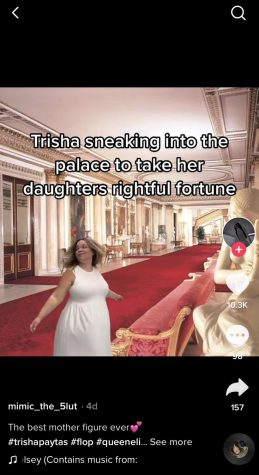 If you do not know who Trisha Paytas is, she is hard to describe (hopefully you know). This is funny because it plays off of current events and also includes a throwback TikTok sound (M to the B). When the queen died, tiktok was quick to rumor that Trisha Paytas had given birth to her baby 3 minutes after the queen’s death, often stating that the baby was a reincarnation of the queen herself. Furthermore, it was also rumored that Trisha named the baby Elizabeth (not a farfetched rumor if you know how Trisha works). This further perpetuated the idea that the baby was indeed a reincarnation of the queen. However, Trisha woke up the next morning to post a video titled, “Storytime: i did NOT rebirth the Queen of England.” Indeed, Trisha had not even given birth to her baby yet. Although she disproved the rumor, it is funny how quick it picked up and spread around social media. There was also a clear effort to edit Trisha frolicking around the palace, earning this video some extra merit on the list and bringing it to the number 1 spot. The M to the B song is not only funny because it is a lowkey throwback, but it is also British. Overall, this TikTok is very cohesive.

2. London billboards after the queen’s death 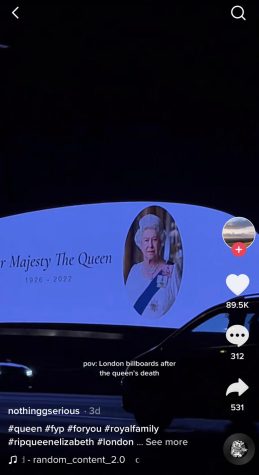 Sometimes a little bit of seriousness is necessary and this is a good reflection of what is actually happening in London.

3. Kim sneaking into the palace

As most people know, this is really funny because of its connection to another recent event: Kim at the Met Gala. Kim decided to take it upon herself to wear Marilyn Monroe’s dress and damage it. This TikTok shines light on this event and adds some humor. The video also includes a sped up video of Kim walking through some halls that are supposed to be Buckingham Palace. 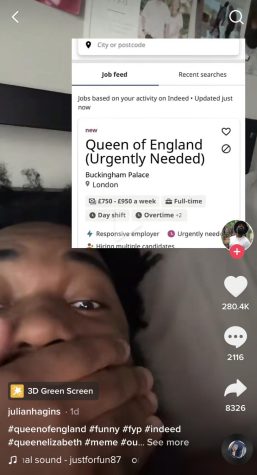 Of course, the death of Queen Elizabeth is a very serious topic. However, this video has a lot of small details including wage and the urgently needed message. Ultimately, it is funny because of how ridiculous it is. It is a little lower on the list because the creator just stole it from twitter/reddit.

5. Going out with your parents and using their credit card 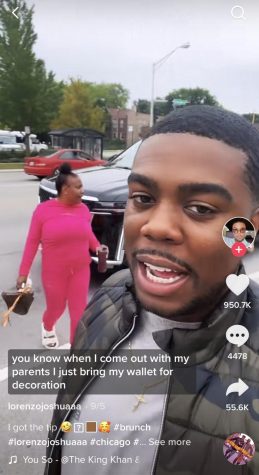 So true. Funny audio. It earns its spot on the list.

6. Watching the private stories of the class of 2022 moving into college. 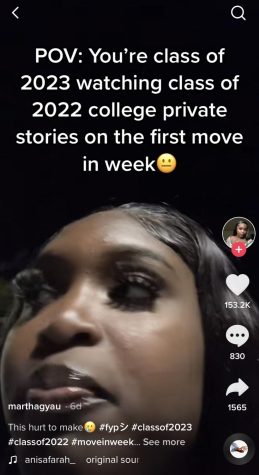 This is so true and relatable. 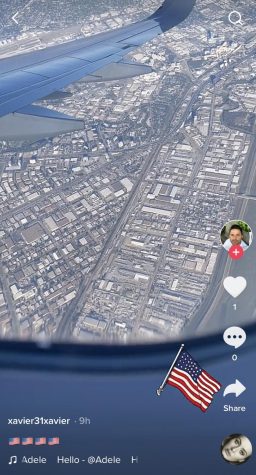 We all stumble across those poor quality, 1 like videos on TikTok. This is reflective of American suburban life and kind of funny. You may be surprised that it is this high on the list. However, it is kind of interesting because the creator seems to be very proud of his country but the landscape is quite depressing. It is an interesting contrast. I also enjoy how I have the power to double the amount of likes with the click of a button. It is rather allusive.

8. “Queen Lizzy” in her casket 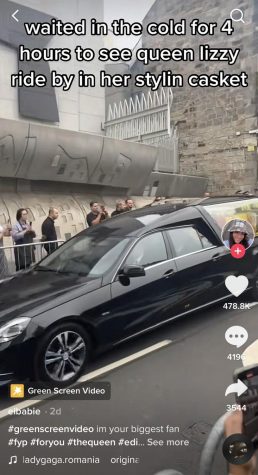 “Queen Lizzy” is overused and not funny.

9. The Queen doing her “outro trend”. 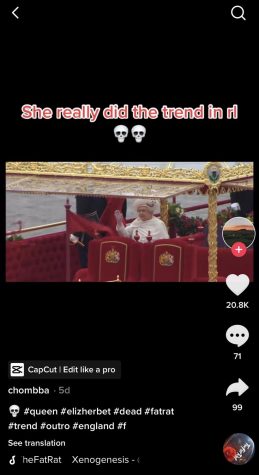 This plays off a current TikTok trend that some people do where they are doing an “outro.” This trend is not very funny to me.

10. Overrated Hamster video with 9.6 million likes (why? Because people are not funny.)

Please put the hamster down and stop making it seem like he actually thinks you stole his eye. This video is very overrated (9.6 million likes!?!). I’m so bored. Upon further investigation on the user’s page, it appears they use their poor little hamster for so many TikTok videos and clearly stage all of them. Once again…I’m bored. I would usually have scrolled on, but it had 9.6 million likes, so how could I?

Thank you for reading about my TikTok FYP.