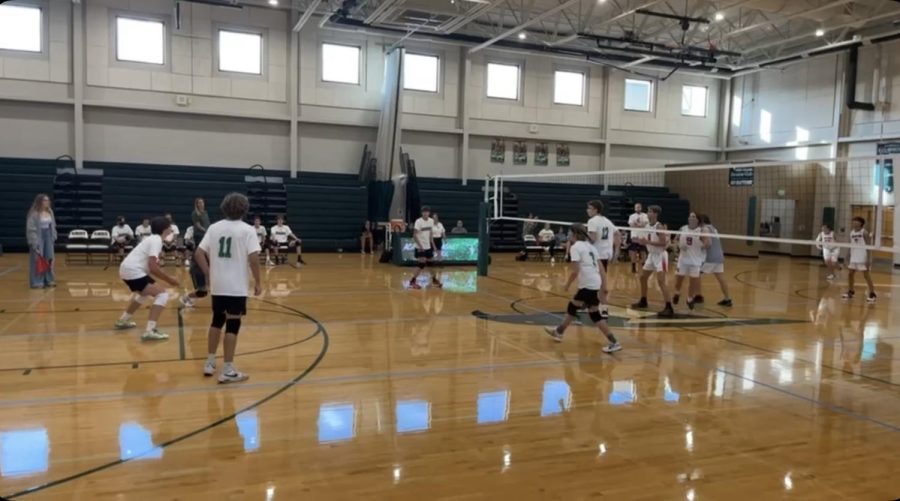 For the first time in school history, this season AMHS has a Men’s Volleyball Team. Men’s volleyball has quickly taken off, bringing a new craze to this sport. The men’s team is led by Captains Jack Quinn ‘23 and Wyatt Mahoney ‘24. With 16 players ranging from freshman to senior, the future of the men’s volleyball program at Academic Magnet looks bright!

Being brand new, the Raptors had a lot to learn before taking the court. The rules of men and women’s volleyball differ only ever so slightly, which gives the men’s team an advantage to watch and learn from the girls team. After only about a week of practice after tryouts, the first game quickly approached. The Raptors played host to Stratford in their debut match. Unfortunately, the outcome was not in our favor (1-3 L), but the guys played well and held their ground.

As this was the first ever men’s volleyball game at AMHS, The Birdcage was packed and ready to support. Hopefully, as the season continues more people will come watch this new sport in action. Come cheer on your Raptors making history this season!

Look forward to updates on the Men’s Volleyball Team as the season progresses!

The full roster and schedule are at the bottom of this article.