Inside the Weight Room with Mr Perlmutter

Time to Get Jacked, Raptors 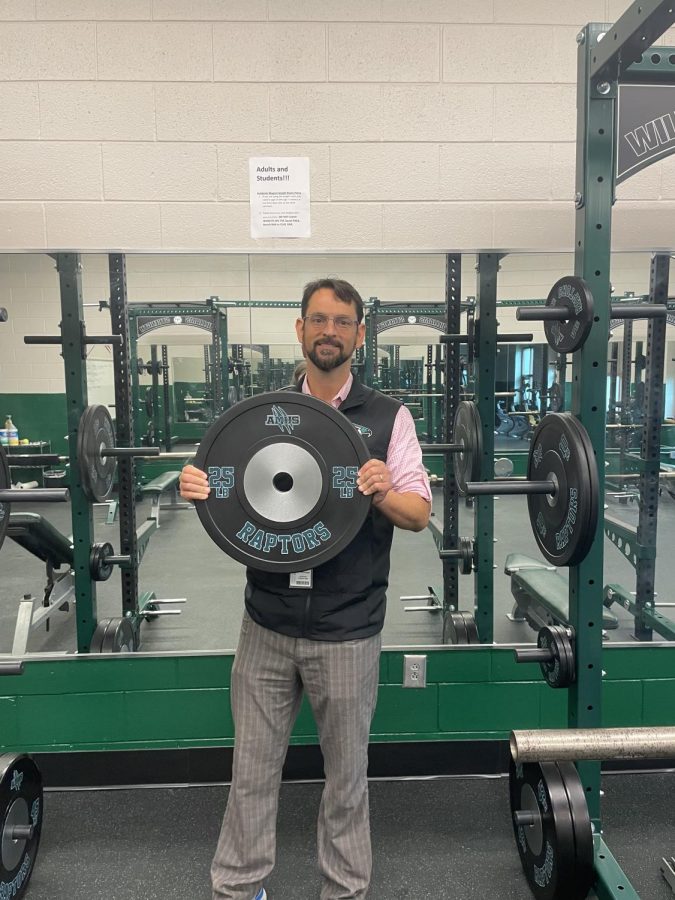 Mr Perlmutter was gracious enough to meet with me and give me a tour of the new weight room. Mr Perlmutter has been hard at work over the summer updating this space for Raptor use.

A Talon article published in January 2022 accurately identified the many shortcomings of the old Magnet weight room. Said shortcomings included the small capacity of room, lack of plates, broken equipment, the deteriorating floor, and lack of speakers. Since then, Mr Perlmutter has thoroughly addressed these issues and is pleased to present the Raptor community with a new and very much improved weight room.

Waiting for the district to approve allocations for a new weight room would have taken years, but Mr Perlmutter was proud to say, “we did it on our own, managed it ourselves.” This is nothing to shrug off, as the new weight room was an extremely expensive endeavor. Over $15,000 was spent cutting out the wall to open the weight room into an unused classroom. Both rooms were then lined with studio mirrors from Charleston Glass, resulting in a unified and professional-looking space. The old classroom is now a functional space that features a TV. The TV can be used to play workout videos or watch sports film (a whiteboard is conveniently located under the TV to allow for analysis of plays). The TV is able to connect with VEO cameras, allowing teams to take advantage of the freeze frame feature to analyze plays.

This endeavor was made possible by partnerships with people like Eric Cook, the man who removed the deteriorating floor, painted the walls a cheerful hunter green, and mounted the television for athlete use.

Concerning the outdated equipment (aka the ‘medieval torture machines’) all of it was removed to make way for brand new equipment. Executive Director at Charleston County School District Trevor Strawderman procured 5 brand new racks in Raptor colors, as well as Raptor-brand bumper weights that can be used for a variety of exercises including cleans and dead lifts.

On a phone call with Mr Strawderman, he said the new weight room was a team effort. “Mr Perlmutter wanted to provide the same opportunities to Academic Magnet that students have across CCSD. It was Mr Perlmutter’s persistence and passion that fueled me to find the funds for this project.”

Mr Perlmutter still has ambitious plans to add a raptor mural to the studio room.

All freshmen will have the opportunity to use this space through PE. Also, for the first time, Academic Magnet has a strength and conditioning coach, Mr Dwayne Crankfield, who will be working with teams and individual athletes. Students who wish to get in a solid pump after school may contact Mr Crankfield at dwayne_crankfield@charleston.k12.sc.us to make arrangements.