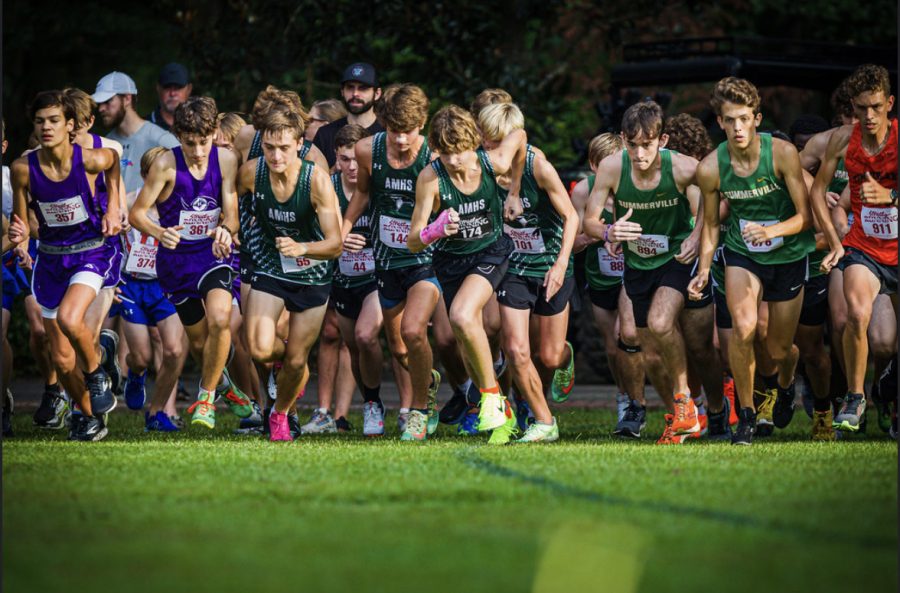 The 2022 Cross Country season for Academic Magnet has begun! The raptors have a real chance to come out on the podium on both the girls and boys sides at the state meet. Last year at the SCHSL State Championship, both the boys and girls teams took home 7th place finishes.

This year, as with all sports for the raptors, the teams have moved down to the 2A classification for the SCHSL. This also comes with a region realignment, changing up the schedule and meet locations. New meets this year will include the Timberland High School Wolf Run and the Region 7-AA Championship, both taking place at Timberland High School in St. Stephens, SC. Another new regulation the raptors can benefit from is the new state budget proviso, allowing for SOA students to compete under AMHS athletics.

The raptors want to dedicate this season to their late coach Tim Limbert, who unexpectedly passed away this past May. Coach Tim helped to lead the raptors boys cross country team while Coach Brian Johnson, who returns this year, was away from the program. Coach Tim helped the raptors achieve 2nd, 5th, and 7th, in 3 SCHSL State Championship appearances under his leadership. He will always be remembered for the impact he had on his runners both in and away from competition.

For the 2022 season, the raptors have a roster featuring 19 runners from AMHS, and a new addition from SOA, Ben Fancher (12). The seniors include, myself (Noah Boudolf, Captain), Ronan Kotz (Captian), Justin Womble (Captain), and Griffin Steigman (Spirit Captain).

The sophomores, after some very impressive freshman campaigns, will have many vying for varsity spots. They are, Quinn Swanton, Peyton Johnson, Calvin Volkmann, Hunter Khunell, Reece Early, Everett Landrith, and John Thomasson. 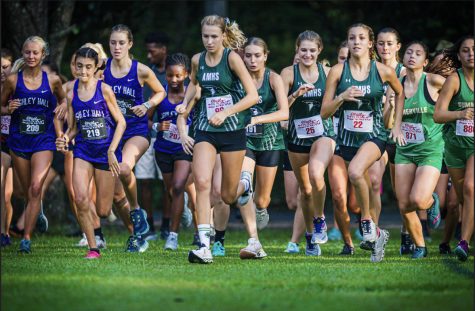 The girls return just 2 seniors as a part of their roster of 30 runners for the 2022 campaign, Graycen Lankford and Lulu Massenet.

Finally, the girls roster is completed by Adolina Adams (8) from SOA.

This past weekend, the raptors took on competition from all over the lowcountry at the Pinewood Invitational in Summerville, SC. Opposing teams such as, Summerville, Phillips Simmons, Hanahan, First Baptist, and West Ashley competed against the raptors. This meet, as usual with the first meet of the year, gives a good gauge as to how the season will progress.

The girls junior varsity race began at 9:00am with Julia Koch (9) finishing first for the raptors in a time of 26:33. Adolina Adams (8), one of the girls’ team additions from SOA and Zadie Hawk (9), both finished just over 28 minutes. Louisa Garrett (10), Laurel Dorsey (10), and Graycen Lankford (12) all finished the race in just over 30 minutes. Rounding out the JV team was Amy Adyaeva with a time of 42:57.

Thoughts on the Remainder of the Upcoming Season

When asked about the raptors postseason hopes for the season, Everett Landrith (10) stated, “I think we have a lot of guys running good times that give us a real chance to compete at state.”

In response to being asked about his preparation for races, Captain Ronan Kotz (12) said, “you don’t start planning right before the race, you come up with your strategy in advance in order to prepare.”

Peyton Johnson (10) hopes he will be able to, “trust my training and have a good mentality in order to help the team.”

In total, the varsity teams will compete in 9 meets from August 27th through November 19th, concluding the season at the state meet. The junior varsity runners will compete in all the races except for the State Qualifiers and State Championship.