Ranking the Grades at Magnet

Power ranking the 6 grades the senior class has met during our time at Magnet. 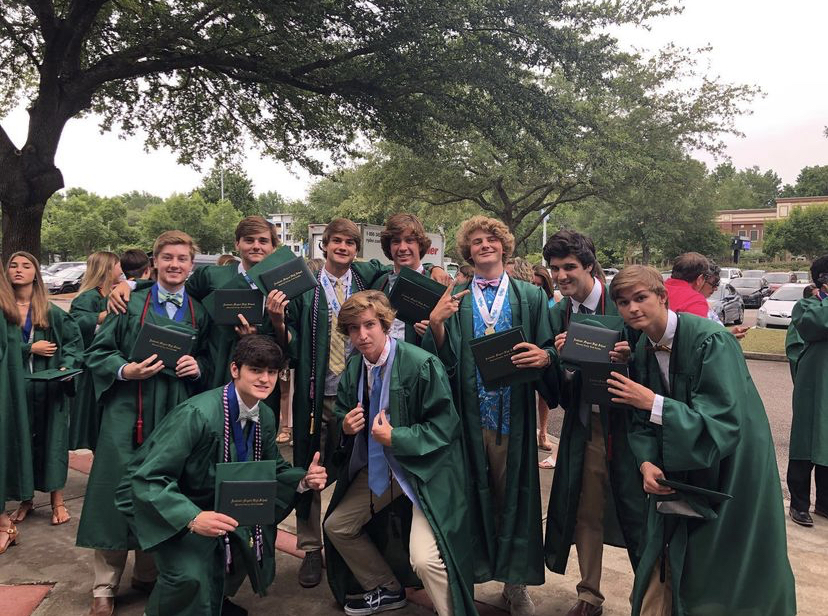 A group of graduating Raptors from the Class of 2019.

The senior class of 2022 has attended Academic Magnet for four years. As such, we have had the opportunity to meet and interact with 6 graduating classes, 3 older and 3 younger. Each class has brought with it a unique cast of characters, athletes, students, and memories.

Admittedly, I have not met the vast majority of kids in the other 6 grades. However, I will use the scope that I do have to rank the 6 grades that the class of 2022 has spent time with at the Mag.

Sorry sophomores, but it is pretty much an accepted fact among the senior class that you all are the lamest grade. I’m not going to put you on blast, but basically you just complain a lot and have no parties outside of school. I will give you props though, your Coming Home wall was very good.

The Class of 2025 is a bit of a question mark as we are yet to see them blossom into mature Raptors. However, I have played football and lacrosse with many freshmen this year and they are a great bunch. Keveon, Mac, Hamp, Thomas, and more, you guys are among my favorite people to talk to and I find you all to be quite hilarious. It will take another year or two until we can see how this grade pans out, but they have all the makings of a great Magnet class. Also, Donovan, don’t transfer bro, it gets better.

The Class of 2020 may very well have been at the top of the list, but they were cut off by Covid. The end of the school year is usually a good time at Magnet as everyone loosens up and the seniors start to enter a golden age. Unfortunately, we never got to witness that era with this grade. However, they had an excellent group of athletes and the student government was still at its peak. They also had great spirit, going so far as to bring a fake gun with ammunition to one of the wall days. Lastly, I must give a special shout out to this class for carrying us to a cross country state championship runner-up their senior year.

Like the Class of 2021, my opinion of the junior grade is largely bolstered by the fact that I have more friends in this grade than others. The shortcomings of this grade are that they do not have great spirit and, like the class of 2024, they have a lot of complainers. However, I think that Covid is a large reason for this as they did not go through a full year at Magnet as freshmen, making them a bit soft. Nonetheless, this class has a ton of fun people to hang out with outside of school. They are also hilarious, as some of my fondest high school memories both in and out of Magnet have come from the actions of the juniors. Lastly, this is the final Academic Magnet class with Daniel Island students. Although we live closer than everyone on James Island and Mount Pleasant, some angry parents in Charleston County decided to cut us off. To any remaining Ospreys at Magnet reading this, run riot next year.

I debated putting the Class of 2021 at #1, but I think that I was just closer to the people in this grade while 2019 was overall a better class. ‘21 was a unique class. The biggest downfall of this grade was that they lacked the stud athletes of other grades at Magnet. They had lots of sports participants, but they did not have the star power that prior grades had, and the teams were by far the least successful during my time here. The friend groups in this grade were impossible to determine, as there was seemingly one giant mosh of kids that rotated around. Because of this, it felt as though they all had the same humor. However, it was a good type of humor as this class was by the far the funniest. While an intelligent grade, the Class of 2021 was also definitely the least studious of any grade I’ve witnessed. However, you can’t hate on a group of kids who like to have a good time.

The class of 2019 was elite. For starters, it had a spectacular group of athletes including, but not limited to: Steve Schlosser, Riane Coman, Ethan Fewell, Luke Frudenheim, and Collin Baker. We had several college commits and our sports teams were largely the best they have been during my four years at Magnet. Another slept on part of this grade was the morning announcements and news team. Shabih was a great student body president, and his morning announcements were far more thorough and entertaining than in any year since. We also had weekly news videos with funny interviews and discussions. Amid the dog days of freshman year, these moments always provided a bright spot in my day. Lastly, this grade was also super fun. They were by far the most enthusiastic grade with regards to Spirit Week, and the Birdcage has failed to return to the consistent student turnout at games that this class brought. Moreover, no one has matched the energy of the Baxter Barrett-led chants at football and basketball games. Admittedly, my view of this grade may be biased by the fact that the freshmen often worship the seniors. However, this was a great grade and their impact on Magnet has certainly echoed throughout my four years at AMHS.