Ranking Theme Songs of Disney and Nickelodeon Shows From Our Childhood

What show has the best theme song? 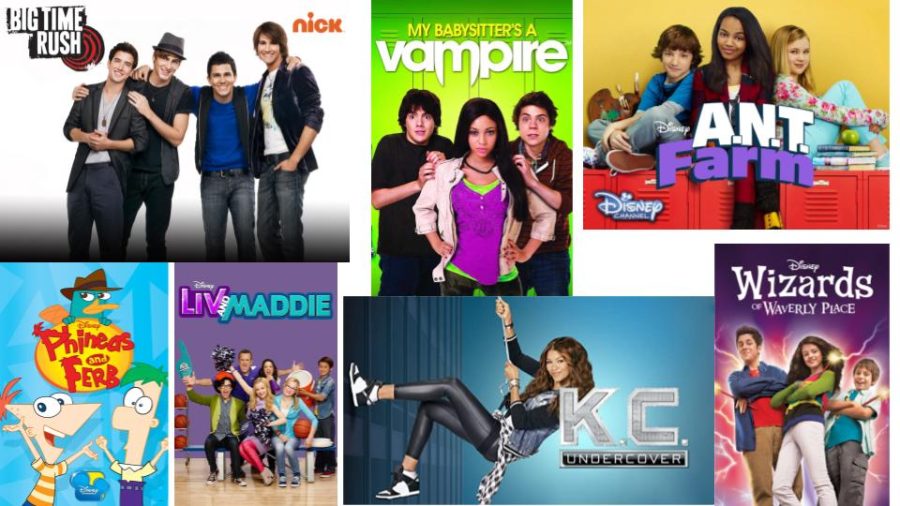 Most of us grew up watching Disney and Nickelodeon shows, but the question is, which show had the best theme song? Thank you to Maya Khaskhely and Destiny Vinson for helping me with my rankings!

Very catchy, like all of the Big Time Rush songs are. Also Peighton and I are going to see one of their concerts this summer and I’m excited to see them perform this song live!

Everything is Not What it Seems (Wizards of Waverly Place)

This song is literally on my playlist. Selena Gomez is an amazing singer. Also fun fact the extended version of the theme song mentions a catch-22. Now that I have read that book for AP Lang my appreciation of the line “Well, excuse me, I know it’s strange but true, in my opinion, from my point of view, but once in a blue moon I don’t know what to do, it’s like a catch-22” is much greater.

Leave it All to Me (iCarly)

I’ve always loved this song and still do. It’s so upbeat and fun. I mean the lyrics “There’s no chance unless you take one and the time to see/The brighter side of every situation, some things are meant to be/So give me your best and leave the rest to me” are iconic.

Today is Gonna be a Great Day (Phineas and Ferb)

This song is just so iconic! One of my favorite memories is singing this in the P.E. locker room with my friends freshman year.

The Best of Both Worlds (Hannah Montana)

First off, this song is sung by Miley Cyrus/Hannah Montana which already makes it great. Also unlike a lot of other theme songs, this one actually has a lot to do with the show itself. It’s basically a very basic description of the show in song from. When I hear “You get the limo out front (oh-whoa)/Hottest styles, every shoe, every color” I know my jam is coming on.

Can’t Do it Without You (Austin & Ally)

This song is really catchy, and I could listen to Ross Lynch any day. Also, the season 4 theme song includes the voices of both Ross Lynch and Laura Marano so I like how they changed it up for the last season.

Better in Stereo (Liv and Maddie)

This song is really cute and I love Dove Cameron’s voice!

Found a Way (Drake and Josh)

Girl Next Door (My Babysitter’s a Vampire)

Why’d they have to cancel this show? It was so good and had a great theme song.

Sabrina Carpenter’s and Rowan Blanchard’s voices sound really nice together. Also I used to be obsessed with Sabrina’s “Smoke and Fire” and “Thumbs” in 2016.

Zendaya is an amazing actress, but some people probably don’t realize she is a fantastic singer too.

I love China Anne McClain, but the theme song does not beat “Calling All the Monsters.”

Fun Fact: This song is sung by Selena Gomez. I wish they didn’t make her voice sound as robotic-like in the song, but either way it is still one of my favs.

Top of the World (Pair of Kings)

The show was ruined when they replaced Mitchel Musso with Adam Hicks, but either way this theme song is a banger.

I’m definitely not a Jamie Lynn Spears stan so that’s why this song is so low on the list, but it’s still nostalgic.

There were definitely better songs on Victorious, but this one is still very catchy. “Leave it All to Shine” which is the iCarly and Victorious theme songs combined on the episode iParty with Victorious is 10000x better than “Make it Shine” by itself.

I don’t think the theme song really matches the show and I’m surprised they didn’t get Ariana Grande to sing it, but I still like it.

So Far So Great (Sonny with a Chance)

Demi Lovato has an amazing voice but this song doesn’t do them justice.

Kickin’ It With You (Kickin’ It)

The guy singing is more yelling than singing, but because this show is so good it deserves a higher spot on the list. Also fun fact about me is I used to have the biggest crush on Leo Howard who played Jack on the show.

I always wanted to live on the S.S. Tipton. It’s also so easy to get this song stuck in your head.

Loved the show and the theme song. It gives off good vibes but wtf does “today’s all burnt toast” mean. Though I prefer Bridgit Mendler’s “Hurricane” or “Ready or Not.”

Time of Our Lives (I Didn’t Do It)

This show may have flopped, but at least it didn’t have a terrible theme song.

It’s very repetitive. It fits the show, but isn’t that great of a song.

Here I Am (Suite Life of Zack and Cody)

Not as catchy as some of the others, but I still like it.

The show is great, but I just don’t think Debby Ryan’s voice is as good as some of the other stars who have sung Disney theme songs (Selena Gomez, Ross Lynch, etc.).

Will We Save the World Today? (Mighty Med)

This theme song kinda sucks but it’s not annoying at least.

It’s simple and nostalgic. But it’s not a good song though…sorry.

Worst – Dog With a Blog

Disney didn’t even try, there are literally no lyrics. It’s just a guy whistling.