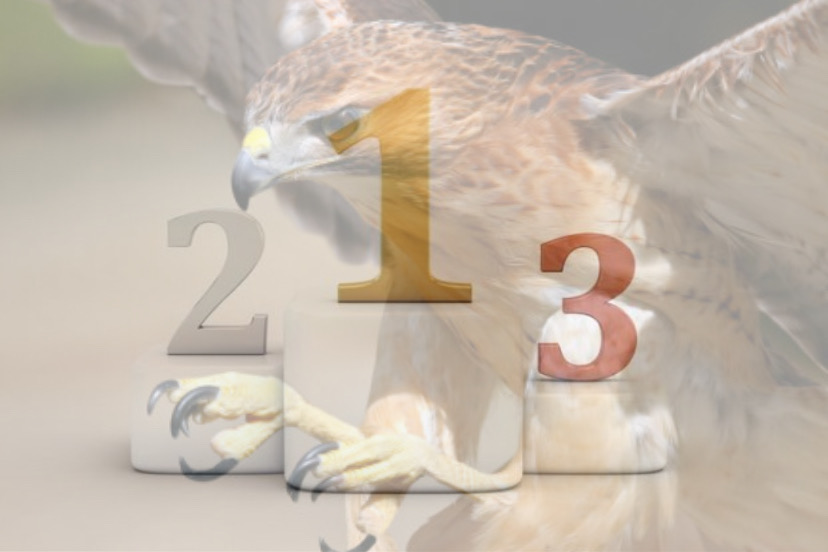 One of the most common types of Talon article: the ranking. This type of article couples a writer’s ample and opinionated reasoning with an almost systematic code. I’d wager that almost every writer from this year’s newspaper class has tackled at least one ranking article. However, one writer has risen above the rest, becoming infamous for his consistent rankings. Talon writer William Hyatt remains unafraid to face controversy for his rankings, publishing new hot takes and hot ranks with each coming issue.

Now, a ranking implies that there are items in the list that fall above or below. This is different from a “rating,” which is usually just items classified on a 1-5 scale, or a “review,” which is just the writer’s thoughts on the subject. Based on this criteria, I wanted to see just how Hyatt fell in terms of the number of rankings he’s conducted this year. Out of the 24 Talon writers from the 2021-2022 school year, the average number of ranking articles falls around 2.04. Hyatt has written 7. I realized soon after beginning my research that several of what I assumed were rankings from other writers didn’t technically fit the bill. In order for me to allow an article to fit the bill for a “ranking,” it must have an order and or specified best item(s). So “Top Tens” count, but “Ratings” do not. With that out of the way, I present my first and only ranking article of the master himself, giving you loyal readers my opinion of the best rankings from William’s collection. 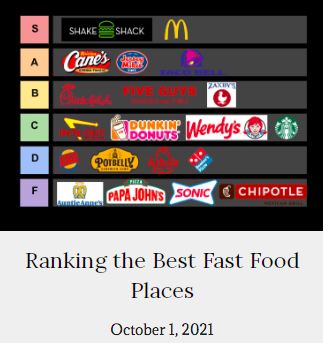 This ranking, though well organized in a tier-list format, is the one I’d place last. By no means is it bad, but the idea is one I find to be the least original out of the bunch. Maybe this was a strategic move to get more clicks by picking a more generic topic, as I do recall some of these rankings stirring heavy discussion in class as William ranked. #justiceforsonic 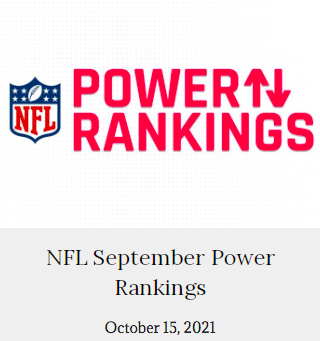 Again, this article is by no means bad, I just don’t know a lot about football and thus didn’t find it very captivating to read. Despite my personal disinterest in the topic, William still delivers some funny and witty commentary on the teams. Another reason for this low ranking is the article’s inability to withstand the test of Talon time, as it pertains to a very specific time period and teams which shuffle players around regularly. 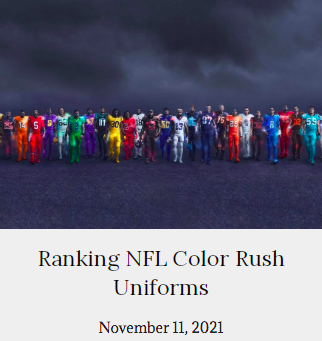 I don’t know if I should be embarrassed to admit that I had never heard of Color Rush before seeing this article. Either way, I found it to be an enjoyable read. Considering elements of both fashion and practicality, this ranking made William’s immense knowledge on the subject very clear, Containing 32 items, delicately ranked worst to best, “Ranking NFL Color Rush Uniforms” presented a niche topic in a humorous way.

4. “The Best and Worst Days in Every Month” 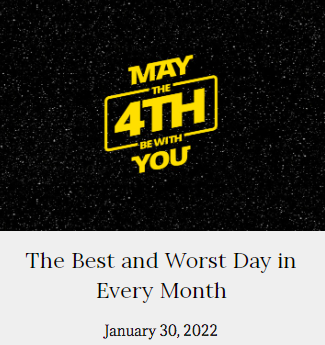 I find this idea to be super original. Maybe anyone can look at a calendar and see the obscure holidays, but who would have thought to rank them? Though it didn’t include as many pictures as some of the articles ranked lower, I’m boosting it for creativity. 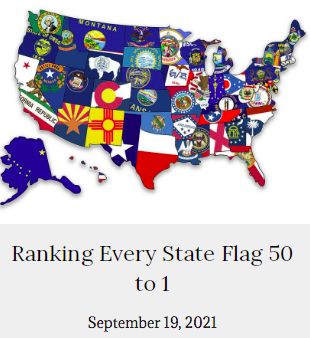 This article will always impress me. Instead of merely choosing the ten best state flags, William went for every single one. I love that this article isn’t afraid to be honest. It truly made me aware of some of the most atrocious state flags. Tackles the positives and the negatives briefly and flawlessly. The amount of tags used for this article are also impressive, perhaps a factor in its Talon success. 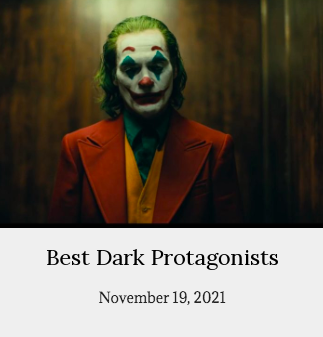 This article is a good one. Co-written with Charlie Kuyper, the duo tackles a very specific topic. Though not as clearly ranked as the other articles on this list, this article still compiles the best of a certain item and then lists them so I think it counts. My personal bias for movie and TV articles may be the driving point for this article’s higher placement on this list, but either way it is super interesting, specific, and original. 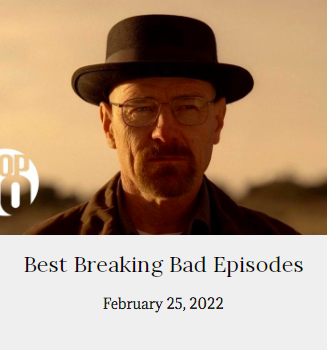 Though only containing the top ten episodes, this ranking artfully combines William’s own opinion and interpretation of Breaking Bad with the overall arc of the show. Each ranking contains some “notable moments” from each episode alongside the brief summary and reasoning for the episode’s placement on the list. Though this ranking has spoilers for the show, William kindly warns his readers of this at the beginning of the article.

Disclaimer: Another ranking article has been written, but could not be included in this article, as it was released on the same issue.