The Death of the Dating Show

Love is dead... and televised? 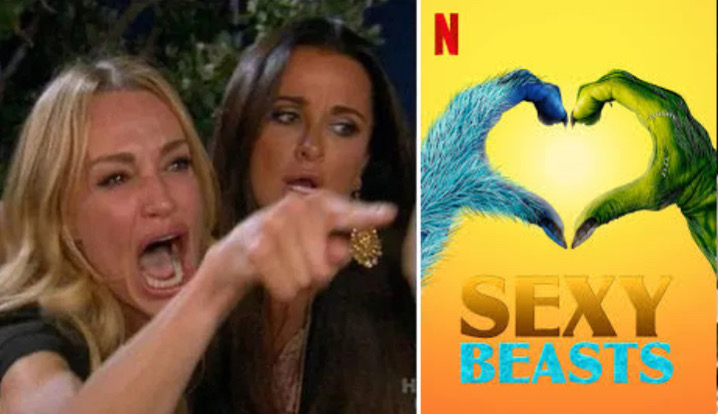 There is no question that the television market is grossly oversaturated. Everything has been done. Any game show, reality show, or sitcom concept has likely already been released if not rebooted. Despite this, it feels like new television shows are coming at consumers. by the dozen, from both live networks and streaming services. While this phenomenon has led to countless reboots of shows that weren’t even relevant during their initial air dates, it has also forced television producers to rack their brains for original and entertaining ideas. In order to not repeat the ideas from television of the past, these new shows must be zany, lest they become obscure and unwatched.

The realm in which producers have pushed the envelope the farthest is undoubtedly that of reality TV, specifically dating and romance shows. Where past decades brought mass sensations like The Bachelor and The Bachelorette, modern producers are eager to imitate this success. However, some of the concepts of today’s dating shows make me believe that society is crumbling and love is dead. With the state of current reality and romance television, I feel we are steps away from the dystopian worlds that are dominated by the entertainment’s grasp on the blind populous.

I slightly attribute the rise of these bonkers romance shows to the popular dating show, Love Island UK. Now containing multiple iterations in various locations, Love Island’s concept is pretty tame in comparison to what is released right now. The show follows the UK’s most desirable singles, who are housed in a tropical villa and forced to “couple up” at the end of each week in order to survive elimination. The show also features challenges to test these newly established relationships and stir up drama. However, Netflix has taken all of these elements leaps and bounds too far in their new slew of dating shows. The concepts that Netflix puts out are largely untapped, mainly because so many of them are weird and wild.

The reality TV release that has most recently struck my attention is Netflix’s The Ultimatum: Marry or Move On, in which couples match up with new partners. The show follows its title pretty clearly, as at the end, the participants are forced to either marry the partner they came with, or “move on” with someone they formed a fickle and televised relationship with. I think reality TV like longtime hits Survivor and Big Brother have shown us that people do not act normally with a televised incentive around. So producers experimenting with longtime couples for the sake of an unsuccessful grasp for fame just feels off.  Also, neither option of Marry or Move On is too great, as I can assume that these couples are indecisive about marriage for a good reason…

Netflix’s Marriage or Mortgage poses similar problems for me. Hopefully you can understand the premise from the title, but the options that participants are forced to chose between are both wildly expensive and life altering. Reality TV already feels invasive in its own right, but this show bridges the fictionalized concepts of TV studios and people’s real lives. Shows like The Bachelor don’t have so many real-life implications. It skyrockets a couple into a realm of invasive media, but it doesn’t unforgivingly alter their established relationships and finances. Experimenting with staged on-screen love is one thing, but instead of placing these people on a tropical island to form relationships that they can chose to abandon after filming stops, Marriage or Mortgage leaves naive participants to deal with the consequences of Netflix’s quick-buck strategy for the rest of their lives.

Some of these new shows aren’t so much invasive, but just plain weird. Conceived by literal freaks, Netflix’s Sexy Beasts dresses participants in other-worldly and animalistic disguises to simulate blind dating. Whoever came up with Sexy Beasts is clinically insane and should probably be barred from television for the betterment of society. Whoever approved the show and allowed it to enter the production stages is one of the greatest offenders of the integrity of television. How can Sexy Beasts even dare to sit beside masterpiece television shows on Netflix’s “recommended” row?

I think what most of these shows aim to tackle is human nature rather than the happiness of their participants. These shows force average people to chose money or love, or ask if people really do judge a book by its cover. This is where television has begun to feel dystopian for me. While all reality TV basically preys on their participants for their own success, I feel that today’s producers have pushed these average-Joe participants beyond the moral constraints of entertainment. Watching some of these shows can feel like one is watching a cruel lab experiment where a scientist prods a little white rat. These shows aim to not only entertain us on a surface level, but to satisfy our innate human curiosities. However, these shows are a dime-a-dozen today; no matter their uniqueness, there are other bizarre shows being conceptualized and released on what feels like a weekly basis. Aside from their abundance, these shows are also problematic in what feels like their abuse of their participants. At this point it does feel like I’m dogging on good fun and general entertainment, but many of these participants are put through the wringer. While they are duly compensated, it still feels icky to watch television overlords place these constraints on average people, many of whom are relatable to the viewers.