Ranking the top 10 episodes from Heisenberg's descent into madness. 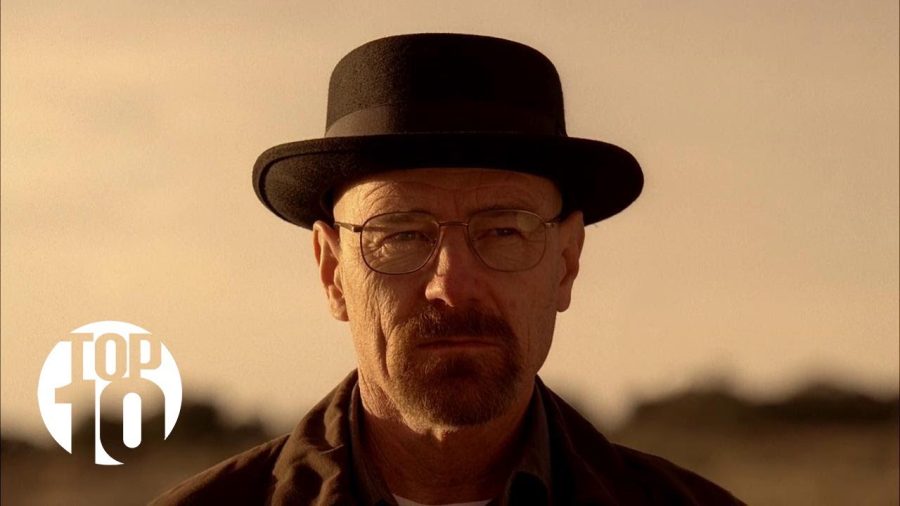 Spanning 5 seasons and 62 episodes, Breaking Bad is considered by many to be one of, if not the greatest TV show of all time. Admittedly, I was late to the game in watching the series. However, I binged the entire show, including El Camino, in less than 2 months. The show and all of its events are still fresh in my mind, so I can think of no better time to recount its best episodes than now.

Before I get into the top 10, I must first clarify that one episode in particular – Season 3, Episode 10 (“Fly”) – will not be on the list. This was easily the worst episode in the entire series. I understand that it has received critical acclaim for relationship development between Jesse and Walter, but “Fly” was flat-out boring. It was set solely in the lab due to the producers needing to make a budget cut, and while they did their best with what they had, the episode was a rare drag in an otherwise exhilarating show.

Disclaimer: I did not hold back on spoilers, read at your own risk. 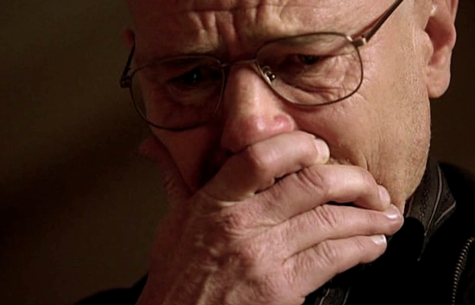 The second episode of season two marks the point for Walt at which the pendulum of family vs. cooking starts to tip in the direction of the former. The situation comes to a climax when Walt must decide between the birth of his daughter and getting his inventory to Gus in exchange for $1.2 million dollars. Walt ultimately chases the cash, and when Jane tries to blackmail Walt into giving Jesse his share, things go south.

Walt arrives late to Holly’s birth.
Walt breaks into Jesse’s house, finding him and Jane passed out from heroin use.
When a sleeping Jane begins to choke on her own vomit, Walt lets her die. 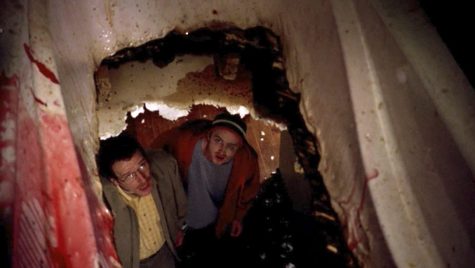 Breaking Bad’s second episode provides one of the most iconic moments in the show. After returning to Jesse’s house in the RV, Walt and Jesse must dispose of the bodies. One of the dealers, Krazy-8, is still alive so the men lock him up in the basement. However, his partner Emilio is dissolved in the upstairs tub. Problem is, the acid leaks through the tub and the floor collapses. A sea of blood and body parts fall through the ceiling and leak onto Krazy-8 in the basement below.

Skyler shows up to Jesse’s house and warns him that her brother-in-law is a DEA agent.
The bathtub full of a dissolved corpse falls through the second story floor. 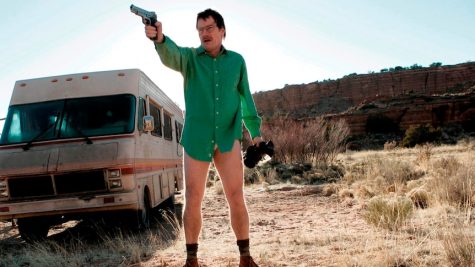 “Pilot” beautifully sets the tone of the series. The show opens with Walt in the New Mexico desert. After crashing the RV, he stumbles outside and films a goodbye video to his family before attempting to commit suicide. Unable to follow through, Walt instead walks to the street in his underwear, holding up a pistol as cop cars approach in the distance. A captivating intro that embodies the chaos of the series.

The RV crash opening scene.
Walt learns that he has lung cancer.
Walt joins Hank and Gomez to watch the DEA bust a meth lab. Walt sees former student Jesse Pinkman escape from the second story of the house.
Walt completes his first cook, the purest batch Jesse has ever seen.
The duo use phosphine to knock Emilio and Krazy-8 unconscious. 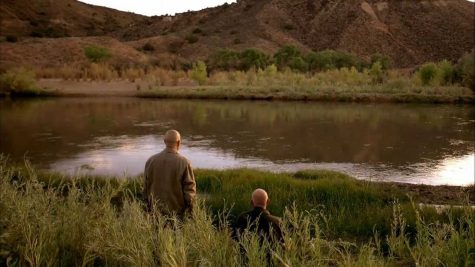 Weary from the collateral damage caused by their business, as well as the tailing by the DEA, Mike and Jesse decide they officially want to leave the meth business. Mike and Walt negotiate a deal with a meth kingpin in Phoenix, Declan, which results in Mike receiving $5 million dollars and retiring. Mike tries to leave the money for his granddaughter, but it is seized by the DEA, who now have substantial evidence that he was tied to Gus Fring’s meth empire. When Mike calls Walt to bring him a “go bag” full of guns and money so that he can flee the country, Walt fatally shoots Mike.

Walt insists that Declan “Say [his] name” and call him Heisenberg.
Walt arrives to meet Mike with his go bag. When an argument ensues, Mike gets shot.
Mike makes his way to the riverbed where he bleeds out as he gazes at the New Mexico landscape. 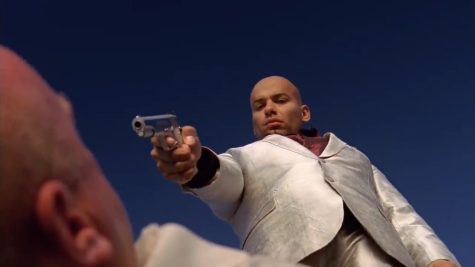 Hank’s life flashes before his eyes when a mysterious phone call tells him that two assassins, Leonel and Marco, are coming to kill him. Hank crushes Leonel, dismembering his legs and stealing his gun. When Marco approaches, Hank shoots him several times, but a bulletproof vest protects Marco and he returns several shots back at Hank. Marco approaches a dying Hank to finish him, but momentarily leaves to retrieve an ax with which he will crush Hank’s head. As he lifts the ax to kill Hank, Hank uses his last bullet to shoot Marco in the head.

Hank arrives at Jesse’s house and beats him unconscious.
Leonel and Marco rob a truck with weapons and bulletproof vests.
Hank fends off an assasination attempt from the Salamanca cousins but is shot several times in the process.

Very rarely does an audience feel satisfaction after a villain gets his revenge. However, when Gus Fring returns to Mexico and kills Don Eladio’s entire cartel, it is impossible not to respect his tenacity. Jesse also gets to prove his value by saving the lives of Gus and Mike who are both wounded in the ordeal.

Jesse is taken to Mexico where he shows up the cartel cooks with his expertise.
Walt misses Walt Jr.’s birthday. The former arrives at his father’s condo to find him bleeding and drunk.
Gus poisons the tequila of the entire cartel at Don Eladio’s, killing them all. 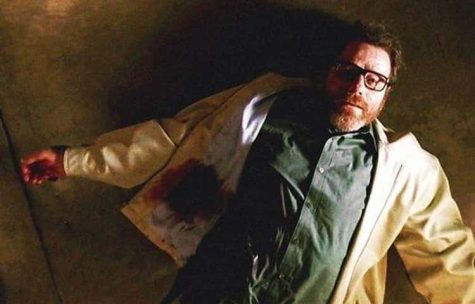 The final episode of the series, Breaking Bad’s ending is more than satisfying. Walt returns to New Mexico and leaves money for his family with Gretchen and Elliot. He then poisons Lydia with ricin and visits Skyler to give her the coordinates of Hank’s body. Finally, he goes to Todd’s compound where a rigged M60 in the trunk of Walt’s car kills all of the henchmen. Walt frees Jesse who then kills Todd, the last remaining person. Walt reveals that he was also shot by the M60, and dies as Jesse escapes in an El Camino car.

With the help of Badger and Skinny Pete, Walt demands that Elliot and Gretchen transfer Walt’s remaining $9 million to Walt Jr. and Holly.
Walt visits Skyler to give her the coordinates of Hank’s body and finally admit that he cooked meth not for his family, but for himself.
A motorized M60 in the trunk of Walt’s car kills Jack and his neo-Nazi gang.
Jesse escapes in the El Camino.
Walt walks into the meth lab at the compound. As cop cars approach in the distance, a tranquil Walt collapses and dies. 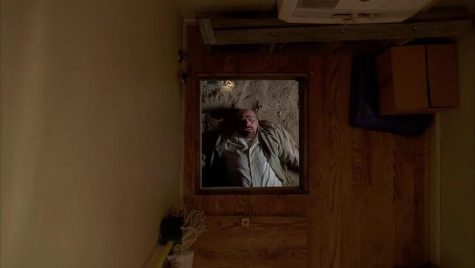 Gus tells Walt that he must kill Hank due to Walt’s inability to stop Hank’s DEA investigation into Los Pollos Hermanos. Gus warns Walt that if he interferes, Gus will also kill his entire family. A horrified Walt races to Saul’s office where he requests to change his identity and go into hiding. Saul tells Walt he will need $500,000. However, when he goes home to retrieve the cash, he finds that Skyler has given the money to Ted. The camera fades as Walt laughs through a trapdoor in the floor where the cash was once hidden.

Walt intentionally crashes his car to prevent Hank from investigating the laundry.
Running from Huell and Kuby, Ted trips and falls, suffering a severe neck injury.
Gus fires Walt and threatens to kill Hank and Walt’s family.
Walt laughs through the floorboards upon learning that Skyler gave their cash to Ted. 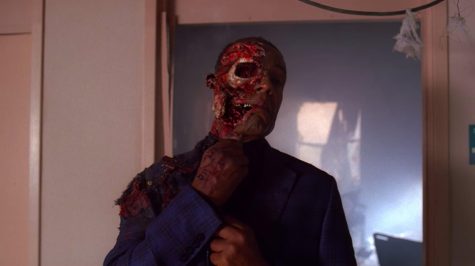 A petrified Walt realizes that he must kill Gus to protect his family. He employs Hector Salamanca, rigging a bomb to Hector’s wheelchair which explodes once he rings the bell on his chair. In perhaps the most terrifying scene in the entire show, Hector explodes Gus and Tyrus. Gus steps out of the room seemingly unharmed, but when the camera pans around the side it is revealed that half of Gus’s face has been blown off.

Hector triggers a bomb on his wheelchair, exploding himself, Gus, and Tyrus.
Skyler, seeing the explosion of the news, asks Walt if he was responsible to which he replies, “I won.”
The final shot shows a Lily of the Valley plant in Walt’s backyard, revealing that he had indeed poisoned Brock. 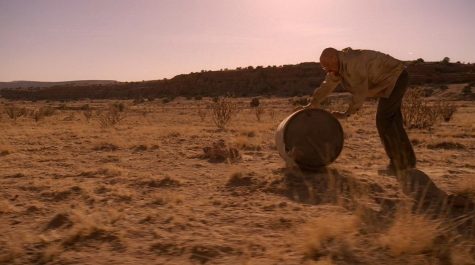 Not only is “Ozymandias” the best episode of Breaking Bad, but also perhaps the best episode of any TV show, ever. As Walt begs a dying Hank to comply with Jack’s requests and save his own life, a disgusted Hank looks at Walt and delivers the best line of the entire show: “​​You’re the smartest guy I ever met…but you’re too stupid to see…He made up his mind ten minutes ago.”

Jack’s gang kills Hank and Gomez in a shootout.
After Walt’s car dies, he rolls his final barrel of cash through the desert.
Skyler and Marie reveal to Walt Jr. his father’s meth business.
Walt gets into a domestic dispute with Skyler, resulting in an altercation between Walt, Walt Jr., and Skyler.
Walt kidnaps Holly.
Walt leaves Holly at a fire station to be returned home.
Saul and Walt change their identities, and Walt is driven off into hiding.