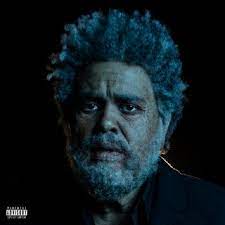 Dawn FM is the fifth studio album from the Weeknd, and was released on January 7, 2022. Since its release, Dawn FM has topped Apple Music in both the top album and top songs categories. According to pitchfork.com, this album is considered to be “the most thoughtful, melodic, and revealing project of the Weeknd’s career”.

In my opinion, this album felt really intentional, as it took the listener through a journey from death into heaven and hell. Spoken poems such as “Dawn FM”, “A Tale by Quincy”, and “Phantom Regret by Jim” aid the listener through this journey. When listening to the album, I was surprised to hear the many upbeat and pop style songs, as opposed to the Weeknd’s usual more depressing, R&B style.

While I did enjoy this stylistic choice from the Weeknd, I personally prefer his older style; from studio albums such as Trilogy (2012), Beauty Behind The Madness (2015), and My Dear Melancholy, (2018). I felt like in this particular album, the Weeknd tried too hard to produce songs that are made to sound like they are on the radio, which kind of ruined the album for me.

On the other hand, in the past, the Weeknd has been open about his substance abuse issues, and I think that his earlier works (listed above) are a reflection of the dark times that he has experienced in his life. His more upbeat music in his most recent albums suggest that currently he is in a happier place in his life, which I can definitely support, but I still do get the feeling that some of these songs were made for the radio.

Below I have rated from 1-10 each song from Dawn FM, after listening to the album over three times.

This interlude into the album is very unique and creative, and really sets the tone for what is to come in the album. The style of this reading is like you are just tuning into a radio station, but in this case it is 103.5 Dawn FM. The announcer of the radio station, who is Jim Carey, describes a person who has died and is unsure whether they will go to heaven or hell. It is implied that throughout the album, it will then be clear how to get to heaven.

The first real song of this album was in my opinion pretty disappointing. It honestly did not even sound like The Weeknd in the beginning. Once it got to the chorus, the song got a little better but this song was really nothing special.

I was not a big fan of the robotic beat behind this song and it kind of sounded like a 70s or 80s song, which I don’t really think worked in this situation. The chorus of the song was pretty much repeating over and over “how do I make you love me” which felt repetitive and boring. Overall I would not listen to again.

Personally I thought that the instrumental part of this song was super tacky and cheesy. Also the music in the beginning lasted too long before the lyrics actually started. The rest of the song was honestly just pretty boring and probably not something I would listen to. When I said earlier that the Weeknd made a lot of radio songs on this album, I was definitely referencing this song.

The vibe of this song, especially in the beginning, feels really weird to me. I also feel like I would hear this song on the radio as well, but not really in a good way. I will say the song did get better as it went on, but it was nothing really special.

This is another spoken poem, and similar to “Dawn FM”. When listening to the album all the way through, this song is pretty unexpected, since it does come in the middle of the album. I feel like since there are already spoken poems at the beginning and end of this album, there is really no need for this one. The only thing this song really does is interrupt the flow of songs in the album.

I really like this song because it sounds a lot more like The Weeknd’s past music, which you really don’t get a lot of with this album. I think the fact that this song is slower than a lot of the other songs makes “Out of Time” stand out from the rest of the songs as well.

This song was pretty decent. I enjoyed the slow paced beginning of the song because it really showcased the vocal ability of The Weeknd. But the song actually felt so slow I was kind of waiting for the beat to drop the whole time, but it never actually did which was pretty disappointing. Tyler, the Creator also had a strong feature in this song.

This song had a really strong bass which was a plus as well as the catchy lyrics. I would definitely listen to this song again, but it didn’t really have anything really special or different to the song besides the bass.

I actually was not a big fan of the weird high pitched voice in the beginning of this song. But besides that this song was good. I do have to say that this song does feel like something you would hear on the radio, but if you can get past that it is still pretty good.

I thought overall the song was almost too slow and there was nothing really happening with it. There was not really a chorus which made the song pretty boring. There was also not a lot of music behind the lyrics and I did not enjoy that.

Every Angel is Terrifying: 6/10

The beginning part of the song is definitely pretty weird, and then the beat changes two times and it almost sounds like a commercial for the afterlife. It felt really abstract and cool, but it was also kind of random and may have been better at a different point in the album.

I really liked the beat of this song and the beginning of the song before the chorus. But the chorus was overall pretty disappointing because it was so upbeat and it didn’t really feel like it belonged with some of the other parts of the song.

At first while listening to this song, it wasn’t that bad, but after about half way through the song the chorus, and especially the phrase “I heard you’re married girl” became way too repetitive for the song to actually be enjoyable. Without the Lil Wayne feature, this song would be a 5/10, but I did add an extra point because I thought the feature was very well done.

One of my favorites songs on this album. Even though this song sounds exactly like it would be on the radio, you can’t help but sing along to this upbeat and catchy song.

This spoken poem by Jim Carrey again, is the perfect outro to this album. I really like this poem, because it has a really nice flow to it and an eerie tone. The poem pretty such says to live with no regrets. In the final lines of the poem, it states, “In other words/ You gotta be Heaven to see Heaven/ May peace be with you”, which is a very satisfying ending to the album. According to genius.com, these lines mean that “heaven comes from within, and that one can only truly be happy once peace is found within”. So, you can only see heaven when you find it in yourself.