Why are People Quitting their Jobs? 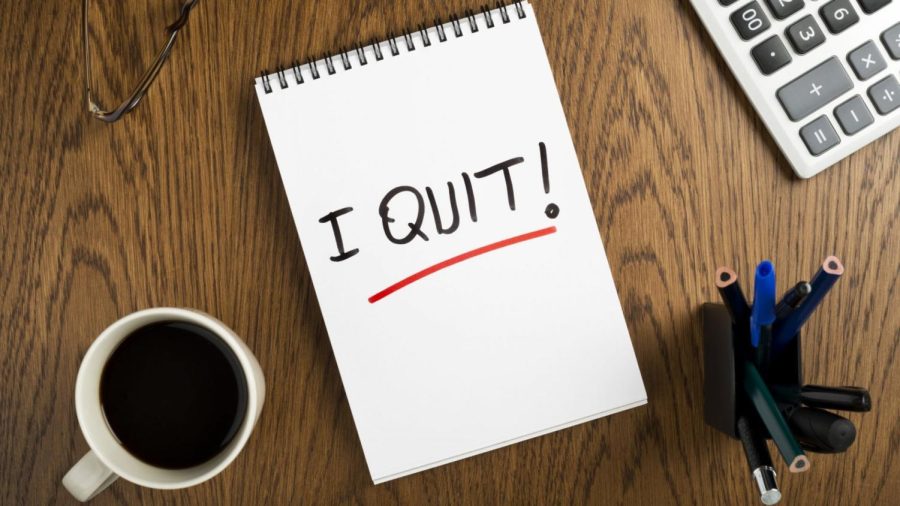 If you are an American worker, this could be you

Whenever I check the news, two topics seem constant: politics and the economy. Politics I can understand somewhat, but what really confuses me is the economy. Where does money derive its value? How does it get into circulation? What the heck are overnight interest rates?

Anyway recently the economic story of news agencies nationwide has been what’s become deemed the ‘Great Resignation,’ a colloquial term to describe the unprecedented number of people quitting their jobs every month. NPR reports that in the month of August, “4.3 million Americans, or 2.9% of the entire workforce” voluntarily ended their employment.  Various reasons have been given as to the reasons why, and it is probably a combination of many. Standing in stark contrast to the high rates of resignation has been the global economic recession in the same period of time. Over the past year and a half millions of Americans have lost their jobs due to the pandemic, which is why it is all the more surprising that in the midst of high unemployment and uncertain economic futures, more people are quitting than ever before.

The most common attributable reason for such high resignation rates, according to the articles I read on the topic, was as a reflection of changing life priorities caused by the long amount of time spent out of work during the pandemic. People got acclimated to playing with their kids and de-stressing at home and are thus less willing to put up with exhausting work environments for little pay in an employee’s market. Other common reasons I read were leaving for higher paying jobs, going back to school, and better working conditions. Sometimes those previously mentioned poor working conditions, such as long hours and heavier than normal responsibilities, are caused due to short staffing in certain industries, such as the hotel industry, where nearly a fifth of all jobs were quit in the month of August, which only exacerbates the problem.

When millions of people lost their jobs in 2020, very few had the financial reserves to cover their expenses after decades of wage stagnation and thus were somewhat hesitant to return to the same conditions which left them without any stability. Accordingly, around the same time, the push for a $15 minimum wage renewed with more vigor than ever seen before. Employers nationwide have announced increased wages and employee benefits in an effort to fill positions. Some of the more cynical news articles attributed the rise of voluntary employer benefits to an effort to escape employee pressure to change, ala quelling the increased efforts for unionization and increased minimum wage before dropping the pandemic benefits after economic recovery. However, one of the side effects of increased wages has been an inability of small businesses to stay profitable or compete in the labor market, especially with the increased cost of other necessary materials due to global supply chain issues, so make sure to support small businesses if you want to.

After learning about the most newsworthy economic issue, another one came to mind, one which almost never gets media attention: Where does money derive its value? In short, most currencies today are what’s known as ‘fiat currencies’ which basically means they have no value other than the agreed upon value. Most currencies historically were what’s known as ‘commodity currency’ in that either the currency itself had intrinsic value, such as cigarettes, or could be exchanged for an agreed value, such as gold or silver.  Even the U.S. Dollar was able to be exchanged for a fixed amount of gold until 1971. So modern money is only valuable because we agree it has value and for no other reason. It reminds me of asking my dad ‘Why?’ over and over as a child until he shut me down authoritatively with ‘because I said so.’ The government said so.

It makes sense in a way, at least if following a later Wittgensteinian line of thought, as in “the meaning of a word is its use in the language” to conclude that the abstract meaning of an object is its use in interaction. So if the basis of our global economic system is a currency whose value is abstract, what hope is there for the rationality of any other economic analysis? I entered the arena of casual reading for economic education expecting answers, but left thoroughly distressed with more questions and no answers. I’ve begun to suspect economic theory is just as valid as Mickey Mouse and Clifford the Big Red Dog. It all seems so abstract… almost imaginary.