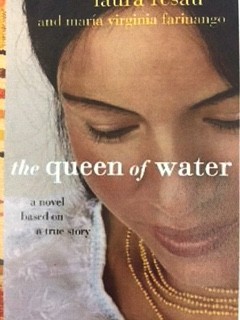 The AMHS Spanish classes read The Queen of Water by Laura Resau over the last couple of months. The story is based on the life of an indigenous woman named María Virginia Farinango who was born in an Andean village in Ecuador. When María was a young girl her parents sold her to a mestizo family where she worked as an unpaid servant. The indigenous people are seen to be a much lower class and unworthy of the privileges the mestizo people partake in. She spent most of her childhood and adolescent years enslaved to this family where she was beaten and treated horribly by her new family. However, María’s spunk and hope allowed her to learn to read and write in secret, as well as engage in science textbooks and experiments that she took from the nearby school. Throughout the time she lived with this family she faced a constant battle of clashing between cultures. She had longed to be in the higher class of mestizos, and living with them she was able to learn the Spanish language and wear the clothes of the mestizo people. At the same time she kept her roots and eventually had to decide which life she really wanted to live. This novel is an emotional story not just of an enslaved girl, but also of an enslaved, indigenous girl who overcomes her oppressors.

Both María Farinango and Laura Resau came to Academic Magnet on March 9th to talk about the writing process of Queen of Water as well as for María to answer any questions that the Spanish classes had. The discussion began with María performing a traditional dance in traditional indigenous clothing, which she said was in reverence to God. Laura Resau then talked about her writing process and coming into contact with María, which occurred when she was teaching in Colorado. Laura was fascinated in María’s story and they decided to collaborate, write and uncover the story. While writing, Laura traveled to Ecuador to see María’s original living space, meet her parents and see where she grew up while she was enslaved. María and Laura would spend hours recording María’s story on tape and constantly kept in contact while Laura was revising. This was a dream for both of them: for Laura to write a story of an indigenous woman’s life, and for María to have her story uncovered.

After Laura discussed her writing process and collaboration with María, the last section of the discussion was dedicated to María answering any questions. AMHS students asked about learning both Spanish and English, her relationship with her parents now, when she was married, and much more about her current life. María thanked everyone for coming and Laura talked about how this was the first school in the United States to recognize her book and invite them to come. All of the students were appreciative of the experience and thankful to have them visit Magnet.