A Review of the Chophouse, Vol. 2

Shoutout Kate Kuisel—You crawled so we could fly. 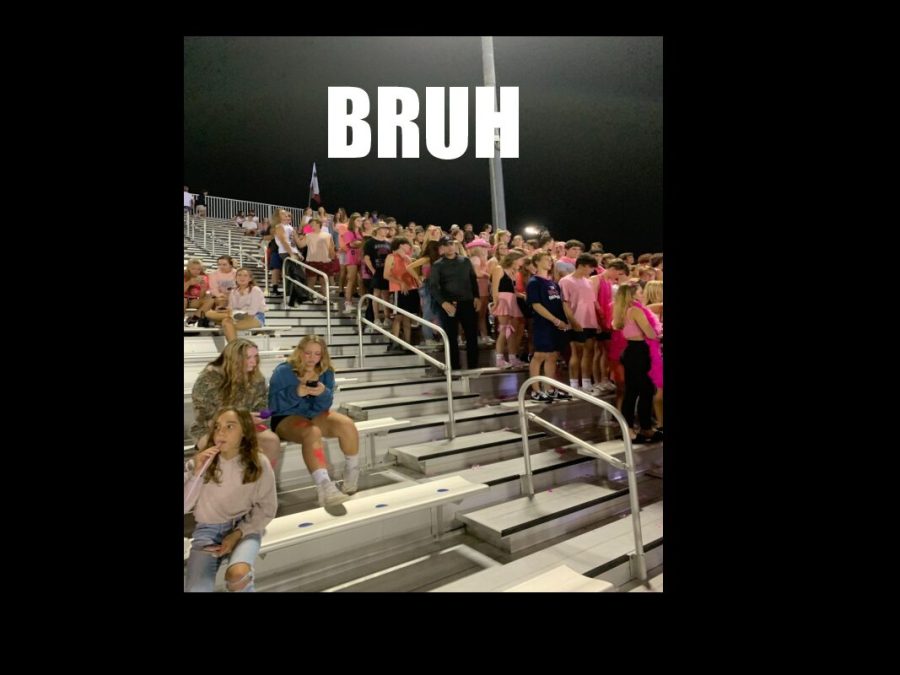 Perhaps the most famous article in the history of The Talon is Kate Kuisel’s 2018 “A Review of the Chophouse.” With over 3,000 reads and dozens of Wando Warrior tears, no piece written by the Academic Magnet newspaper has captured the emotions of Charleston high schoolers as flourishingly as Kate’s did.  https://amhsnewspaper.com/21857/sports/a-review-of-the-chophouse/

Fast forward to last Friday, we found ourselves searching for an evening activity. The Magnet football team played Thursday night, and we were awarded no practice Friday by Coach Kamp. Seeing as our friends from travel basketball – Andy Bumgarner, Grant Hadden, and Alex Montemagno (pictured below) – were all going to be at the Wando game, we decided to tag along.

With high hopes and expectations, we entered the famous “Chophouse” excited to get our first ever taste of a Wando football game. The theme that night against Stratford High School was “pink-out” for Breast Cancer Awareness month. Though an easy theme to dress up for, we must give credit to Wando for their pink unity as the entire student section—except for some dude in a motorcycle jacket—was dressed in various shades of pink.

As for the size and enthusiasm of the student section, that’s another story. Wando plays in a replica stadium as Magnet does, so comparing the student sections was easy. The Chophouse was located to the far right in the skinny seating section against the stands. Because of this awkward location, the student section was able to reach near the top of the bleachers, but wasn’t very wide, making the Chophouse appear larger than it actually was. For the biggest high school in South Carolina, we had hoped for a larger turn out.

While in the stands, we stood next to self-proclaimed student section leader Andy “Bumballer” Bumgarner. Andy positioned us about seven rows up in the middle of the student section which seemed like a weird place for the Chophouse leader to stand. Perhaps this location was the culprit for the failure to effectively start chants for the rest of the student section; it’s been three years since Kate’s article and there hasn’t been much of a change as the “Tomahawk Chop” remains the only chant to garner more than fifty participants.

After making our way to our seats, more and more students started to pour in around us. However, they were not standing on their own bleachers. Rather, they packed themselves into the aisles between each row. Despite requests that they retreat to the nosebleeds, bodies continued to pack themselves into the aisles. Confused as to who was responsible, our eyes caught what was the equivalent of student section bodyguards. Multiple school staffers surrounded the student section, clearing the staircase of kids. Loathing the idea of walking to the top, these students instead opted to squeeze between the rows, sacrificing their chance to watch the game in favor of the mosh pit. By the end of the first quarter, the only thing having fun in the sweaty student section was the Covid-19 Delta variant.

A few other meager attempts by Andy at chants were unsuccessful, such as shouting the names of players on the field after they made big plays. This might explain why the chants were so scarce, as Wando’s domination by Stratford for 60 minutes left few big plays to be made. However, the students wouldn’t know that. Why? Because they left by halftime.