I Went to a Phoebe Bridgers Concert

Aye Aye!!! Where my Pharbz at? 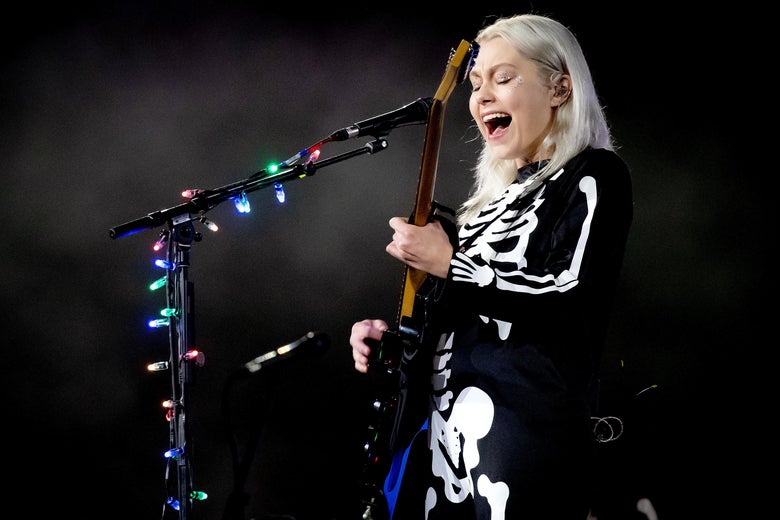 Sunday night (19 September, 2021) I attended a concert for the first time since Covid. Proof of vaccination and masks were required upon entry and the concert was at an outdoor venue, so I felt safe regarding Covid rules and regulations. I went with Magnet alum Anna Grace Maher and saw Seniors Lilly Praete and Inés Carrillo! Magnet was certainly represented well at the Phoebe concert.

AG and I arrived at the venue an hour before the show started and the line was ridiculously long; I’ve been to a few concerts in my day and I have never stood in a line quite like Phoebe’s. There were three teachers in front of us in line; they were loud, proud, and perhaps a little too excited to enter the venue; the repeatedly asked those in line to let them cut. We stood in line for an hour and a half before we finally got checked in, missing half of the opener’s set. But the wait was worth it; we got to hear the end of their set, which included a song that featured Ms. Phoebe, and watched the stage hands build Phoebe’s set. The anticipation was deathly among the crowd as we waited for the main event for another 30 minutes. 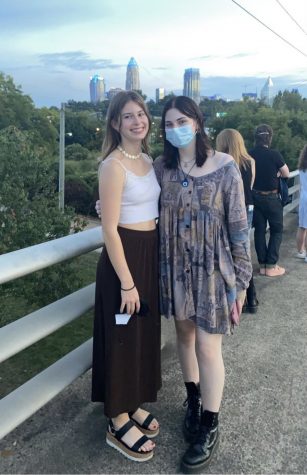 Finally, Phoebe arrived on stage alongside her band and a spectacular trumpet player. She immediately started playing her most popular tune, “Motion Sickness”, and certainly rocked the socks off of everyone in the crowd. Phoebe’s music is definitely more somber compared to the other artists I’ve seen live, so it’s not like there was a mosh pit in sight, but everyone went absolutely feral as soon as she hit the stage with “Motion Sickness”. Sadly, I cannot show any videos due to my terrible singing voice which ruins half of the videos and SNO won’t let me add any because the file is too big</3. 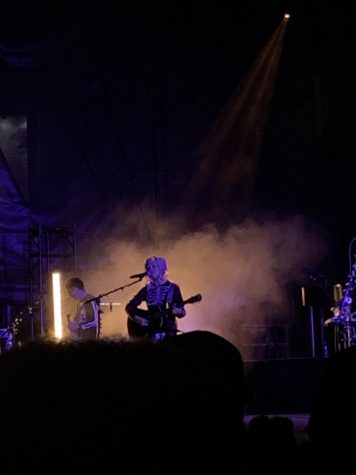 After “Motion Sickness”, she transitioned to “DVD Menu”, an instrumental track, and switched the pace to one of my personal favorites, “Garden Song”. Phoebe sounds just as good, maybe even better, live; her stage presence wasn’t necessarily the best, but it didn’t matter one bit. She was funny, sounded amazing, and exceeded my overall expectations. Next was her Grammy nominated song, “Kyoto”, which made the crowd go ballistic once again. The title track, “Punisher”, brought the tone of the concert to a more slow pace, but it was outstanding nonetheless. “Punisher” is one of my most favorite songs off the album and I was overzealous to hear it live. The slow pacing continued with “Halloween” and switched up completely with “Chinese Satellite”, a song very near and dear to my heart. She continues with another one of my favorites, “Moon Song” and points at the moon that was shining over us the entire night for an added tear-jerking effect. Songs off her first album, like “Funeral”, “Smoke Signals”, and “Scott Street” were preformed and made me, along with the rest of the crowd, swoon. Phoebe’s lyrics really connect with a lot of people and these specific songs are very relatable, making the concert overly emotional, which is not a bad thing at all, but rather a unifying aspect of the show that made the entire crowd cry together. Next was “Savior Complex”, “ICU”, and “Graceland Too” which added to the sadness, but the closer, “I Know The End” really threw me for a loop; it is probably one of my most favorite songs of all time and I had waited the entire show to hear it. Remember the trumpet man I mentioned before? He was stellar and stole every heart in the crowd. His solos were wild and the crowd ate it up. One might say he was the true star of the show. Needless to say, I went crazy and screamed my heart out. The concert was everything I wanted it to be and more, and I have crippling post-concert sadness. Luckily, I see Harry Styles in a few weeks and will have my itch for another concert scratched. 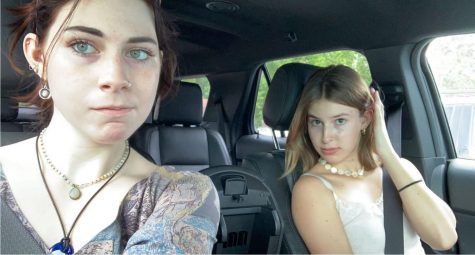 Seeing Phoebe made me realize how much I truly missed live performances. The energy of the crowd, live commentary about each track from the artist themselves, jokes, and, especially, the live music. Phoebe sounded amazing and I would give anything to go back; hopefully I can see her live again in the near future. Although Covid has limited a lot of the activities we can do, I’m glad that concerts are being reintroduced and Covid protocol is being practiced very thoroughly. Remember, everyone: we cannot have cool opportunities like this if we don’t wear our masks and get vaccinated!

Overall, the Phoebe Bridgers concert can only be described in three words; lit, crazy, movie.