What are your fellow Raptors listening to? 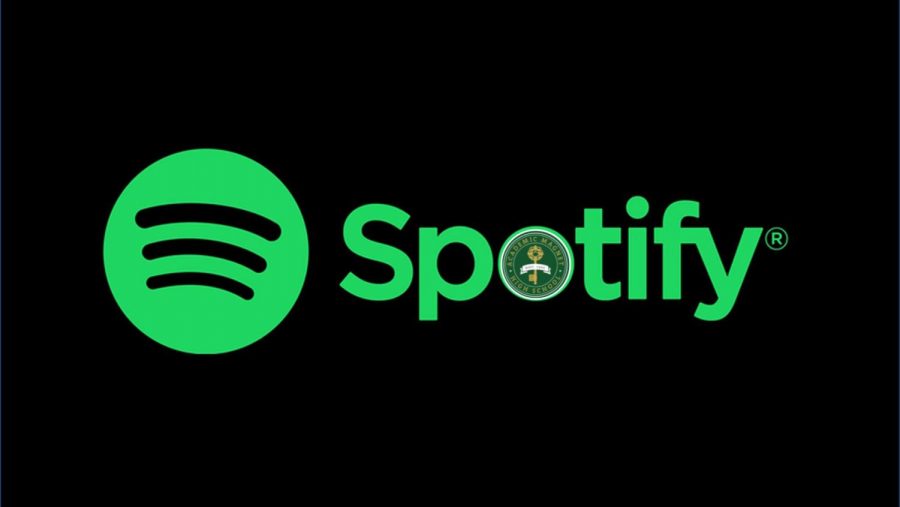 Spotify has revolutionized the game of music-listening by transforming a mere hobby into a social media platform. The app allows users to follow one another, share their listening habits, create shared playlists, and even listen together. Additionally, the web browser installation of the app allows users to see the current listening activity of their Spotify friends. Such a platform allows for social connectivity in one of the most intimate ways, as we are all likely familiar with the bold stances that many take when it comes to their music taste. That’s why I decided to make my stalking habits public, revealing and reviewing the listening habits of my fellow Raptors.

Several brave souls were antsy to respond to my request for their Spotify info, open to sacrificing their musical privacy for the chance of small-scale fame via Talon feature by yours truly. I listened to their music whilst forming my first impressions.

Inés and I are longtime Spotify mutuals and I am frequently enticed by her broad music taste. From what I see, Inés is a curious listener, never sticking to a single genre or playlist for long. Luckily, her account houses a staggering 61 public playlists that appear to cover her varying interests. Inés also follows artists across all genres and it was difficult to determine one that she listens to above all others based on her account. Followed artists include, but are not limited to, Tiny Meet Gang, Pink Floyd, Wallows, and Pop Smoke. The names of her collections are also stupefying at first glance, featuring notable titles such as “spinal cord” and “crunchy happy static.” Yet, after a couple tracks from any of these mysterious music albums, I can understand the acute vibe that Inés was going for when crafting these masterpieces. A personal must-listen is “casual heart attack.”

Regan’s playlists offer lots of sass despite their typically one-word titles. Playlists like “fast” serve a dual purpose, providing great songs with soaring BPMs and some poor driving advice in the description. Regan also typically organizes her listens based on the month, a classic and useful tactic. Overall, her account is sprinkled with girlboss anthems. The best example is the playlist titled “Cool.”  Also notable are the several volleyball warmup playlists, with “Porter gaud gym set 2 power outage // apple spice turkey and swiss sandwich” taking longer to read than to listen, as it only features 15 tracks. An absolute GEM on her account is the playlist that is just titled the sunset emoji. The vibe is so nostalgic. It’s as if playing hopscotch could be compiled into a collection of songs. However, Ms. Brown has been listening to Mitski for the entire time I’ve been writing this. Get well soon. 🙂

Another dedicated Spotify user and playlist-making teammate. Anyone can attest that Kate ALWAYS knows what to play. A menace on the aux cord, as evident not only by the amount of playlists she has compiled, but their length. “use your blinker!!” covers every genre under the sun and has understandably amassed several likes, though it includes a whopping 231 songs. Don’t get me started on “etc.” which has 2,316 songs and has a total play time of 74 HOURS. Despite Kate’s likely constant compilation of these playlists, a classic will always be our daily listens from Computer Programming, “#cyberbullying_jenna_hamilton.”

I am promptly greeted by a Shinji Ikari profile picture. I dive in. Jake has fewer playlists than many of the other accounts I’ve perused so far, but upon further inspection, they are all extremely well-developed. By this I mean that every one appears to be at least a healthy 2 hours long and regularly updated. Jake seems to have some favorite artists; Kanye West, Travis Scott, and The Weeknd, an assumption I base on his 11 hour playlist titled “kanye & travis & weeknd.” Though another artist who makes a frequent appearance is Elliott Smith, who also has a playlist in his namesake. A particularly enticing listen was “idol.” The best way I could describe this playlist is techno? But I feel like that doesn’t do it justice. Next up was “fluidity,” which is perfect in that any shuffle will land you on a banger.  “335d” is brimming with epic acoustics, which seems like a contrasting vibe to the car for which it’s named. Though this masterpiece still comes second to “mellow.” Any playlist with that much Sufjan is bound to be a winner.

Ava Brunson’s account is the Pinterest of Spotify. No matter the contents of the playlist, it’s cover and title match the cohesive theme of her account. Somber lowercase titles and vintage-appreciative photos to accompany them. Ava is also a master at not only capturing a vibe but an era or scenario in each playlist. Expect your soul to leave your body and transcend time at the whim of Ava Colette Brunson. Even though her 1920s-inspired playlist features Tyler, the Creator and BØRNS, I can still understand exactly what Ava was going for. Same is true for “season of the witch” (iykyk). Big fan of the Arctic Monkeys appreciation found on this account as well. This stalking trip was a grand adventure thank you Ava.

Music appears to be Maggie’s form of admiration, as most of her compilations are dedicated to friends or family members. Some of this stuff is sad, dude. Currently listening to “As the World Caves In” and “I Threw It All Away” in 1B while Mrs. Hurt reviews the Met Gala outfits. Too early for this :/. Maggie is another Magnet student with varying taste, though she seems to compile several genres and decades of music into a single mix, though it all works together to form a collective mood. This is especially apparent in her playlist “my thoughts exactly.” Excuse me if this is over-analytical Maggie. While most of her playlists are under 20 tracks, every song belongs and fits perfectly within the strange niches that Maggie has built for them.

Short and sweet. Five playlists, take it or leave it. I’m going to preface this by saying that I feel underqualified in providing commentary here, as I don’t listen to a ton of classic rock and I want to do our student body president justice. Though, “Hoonterian Rock” appears to be a good place to dive into the genre. Lots of classics spanning decades. I move on to “Hoonthiccean Metal”, a genre I am even less versed in. Then “Chinese Hip Hop.” Lots to tackle in Magnet’s executive’s account. Most interesting is that Hunter follows artists like Olivia Rodrigo and WILLOW. The duality of man.

Maya has some GOOD STUFF going on here. Maybe a lot of these songs were already in my Liked… Maya sorts her songs similarly to myself. She has a playlist for every mood, a particularly relatable one being “get rid of the longing! we can’t let people know we yearn!” not to be confused with “staring at the ceiling type beat.” Maya addresses her affinity for the old through several playlists. One, “reject modernity, embrace tradition” captures the indie craze of 2013-15, featuring earworms like “Counting Stars”, “Wake Me Up”, and “G*ronimo.” However, “gertrude” has throwback tracks from earlier eras, containing artists like Queen and Billy Joel. She also has not one but TWO playlists paying homage to her middle school years. It is clear that Maya has a clear understanding of distinct emotions. Based on this alone I’d trust her with my life. Happy to see that “painhub” has no tracks. 🙂

One unforeseen result of this process was my discovery of so many new songs, artists, and genres. I may still be lurking in some of the playlists mentioned above because some of them were just that good. As someone who is currently in a bit of a music rut, I appreciate the dedication that went into all of these unique music builds. In all seriousness, thank you to my classmates for opening themselves up to my silly little reviews! My Liked Songs has grown immensely since beginning this process. Final reminder that Spotify stops collecting data for Wrapped on October 31 so get listening!