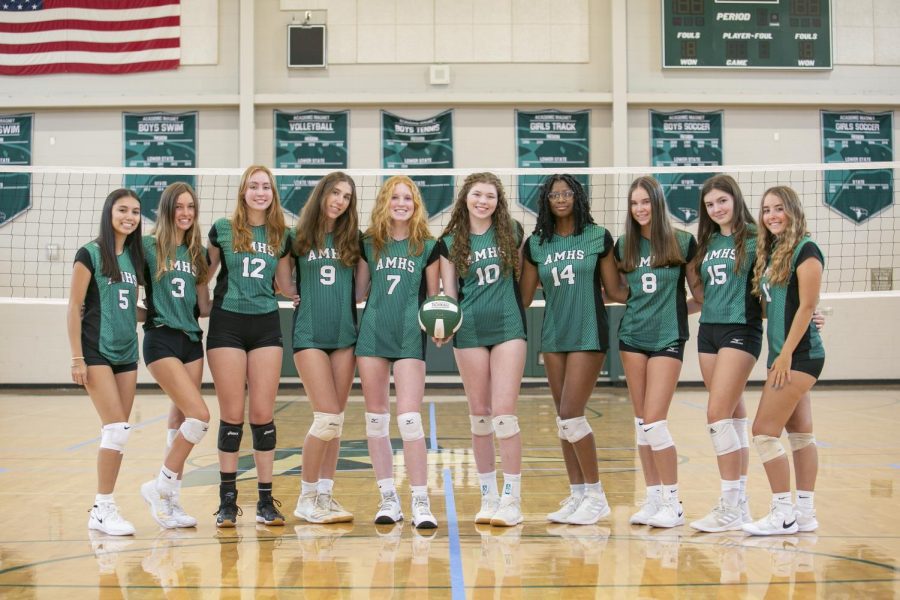 Last season, the South Carolina High School Volleyball League announced that only the top two teams from each region could go to the Playoffs. As our Raptor volleyball team was placed third, this news was deeply saddening for last year’s seniors and the rest of the team. While last year did end on a bit of a sour note, this year’s team is ready for a great season and the chance to go to the Playoffs again.

The 2021 Varsity team has six returning players, four seniors and two juniors. The seniors this year are Claudia Rose Perkis, Bailey Phelan, Destiny Vinson, and myself, Regan Brown. These girls have been playing school volleyball together for four years, and have competed both together and against one another in travel volleyball. Anna Hope Jordan and Lily Coulter will be joined by three other juniors: Sophia Taber, Noelle Andrews, and Kate Gieg. Finally, Emerson Medlin, who joined the team for a few games last season, is the sole sophomore on the team. Setter Claudia Rose Perkis and right-side Regan Brown were elected as co-captains this year, and it marks the second time the duo will lead the team, as the two were co-captains their sophomore year.

While the team is rather small compared to other schools in the region, the girls have a close dynamic after playing together for countless years. Junior Sophia Taber says, “Volleyball is fun. I really enjoy it. Junior season 🤟🤟🤟 will be great.”

The season started off strong three weeks ago when the team won their first two scrimmages against Stratford and Lucy Beckham. Unfortunately, last week, the Raptors lost two non-region games against Ashley Ridge and First Baptist, coming to four sets and five sets respectively. As the game against Summerville was cancelled this week, the team worked tirelessly at practice to improve and prepare for their upcoming game against Porter Gaud.

This season has already been a bit rocky, as many other teams, including Summerville, have been forced to quarantine after a number of players tested positive for Covid-19. Our players take many precautions, such as wearing a mask while around other teams and recording our temperatures daily. Hopefully, with these safety measures in place, the season will be healthy and will last until our playoff games in October.

The Raptors have many exciting games coming up, including an away game at Oceanside on September 28th. Last year, the Raptor volleyball team made history by being the first and only region team to beat Oceanside ever. Hopefully, this feat will be repeated this year under Coach Koll and Coach Hanna. A few other upcoming games are on September 8th at Porter Gaud and a home game against Bishop England on September 16th. Other games to look forward to in the season are Senior Night on September 23rd and the annual Dig Pink game that supports Breast Cancer Awareness.

Junior Varsity has also had a great season so far, as they won their Stratford scrimmage and their games against Ashley Ridge and First Baptist. Junior Varsity is a huge team this year, with sixteen freshmen and sophomores. The team has two sophomore co-captains, Lauren Faust and Ava Smoak, who plan to lead their large team into many victories.

I encourage all readers to attend a game at some point this season, as volleyball is very fast-paced and fun to watch. JV plays best 2 of 3 sets, and Varsity will play best 3 of 5. Schedules will be linked below. For more information about the team, check out the new instagram @raptorsvolleyball for pictures and important announcements. 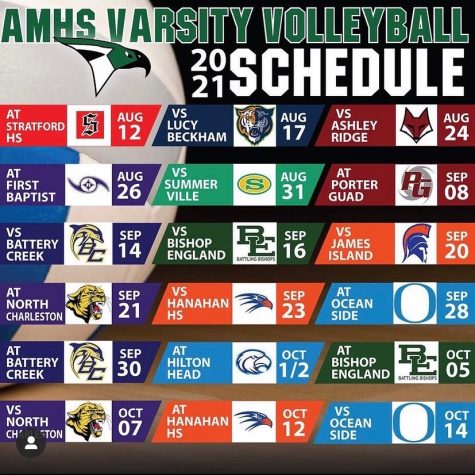 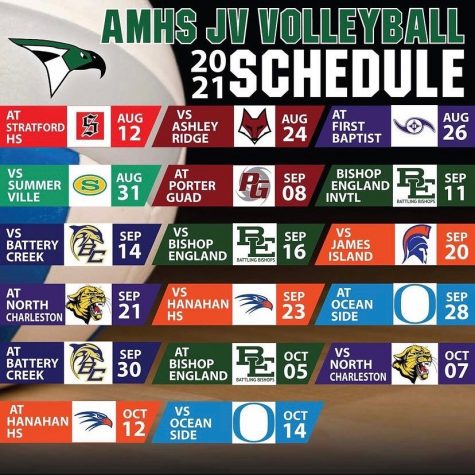