Scientists Discover a Way For Mice to Breathe Out of What? 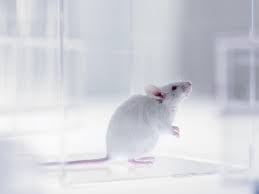 Recently, researchers in Tokyo, Japan have found a way to allow oxygen intake through the rectum in rodents and pigs. As a way to combat reduced oxygen intake, they made it possible to deliver the air through the rectum and into the wall of the intestine. Right now, it is unknown if this procedure could work on humans, but if it can there are many benefits it would reap for people who have respiratory issues. As seen recently, the coronavirus has caused people to have to use ventilators which in some areas around the world are in short supply. Ventilators are also not very reliable and can break easily. This way of delivering oxygen could prove to be more reliable and combat the issues with ventilators.

Directed by Dr. Takanori Takebe, of the Tokyo Medical and Dental University and the Cincinnati Children’s Hospital Medical Center, the process uses an enema of oxygen-carrying liquid. Takebe began alternative oxygen-delivery research following his father’s struggle with lung disease. He understood that some animals have evolved to receive oxygen through the hindgut which is the posterior part of the digestive tract. This process is known as enteral ventilation (EVA) and is used by catfish, loaches, sea cucumbers, and orb-weaving spiders. Along with knowing this he also understood that the rectum has a net of fine blood vessels right underneath the surface of its lining, so drugs administered through the anus are readily absorbed into the bloodstream. Pairing these two ideas, Dr. Takebe wondered if oxygen could be ingested this way in other animals so he decided to carry out the experiment on mice.

During the procedure on the mice, they were oxygen-deprived but as soon as they were pumped with oxygen through their butts, “The mice started walking around again; the pale skin of the anesthetized pigs turned a healthy pink”. Takebe told the Times, “They are completely recovering from the very, very severe hypoxia. That was really astonishing to me.” The researchers initially used a system that requires abrasion of the intestinal muscosa in order for the oxygen to be absorbed through the intestine. They realised that this would not work for severely ill patients and would be extremely painful so they came up with another way to perform the procedure. This was by a liquid-based alternative using oxygenated perfluorochemicals which has been proven to be safe for humans. The findings of this study are very important and give a whole new perspective on artificial lungs.