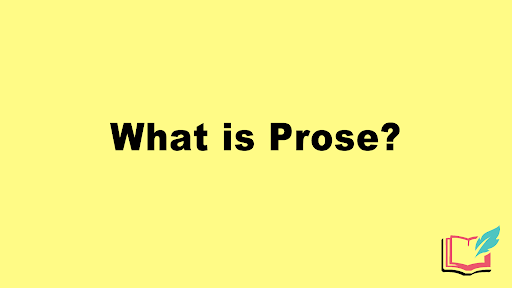 If you’ve walked down the upstairs hallway in the last few days, you may have noticed the pieces of writing that now line the walls outside of Ms. Shifflette’s room. This new collage is courtesy of the AMHS Creative Writing Club, with members offered the opportunity to submit short pieces of poetry or prose for the project.

Below is a compiled version of all the prose pieces featured in the collage. Make sure to congratulate your friends on their work, and check out the poetry submissions in my other recent article.

“Hey, it’s never too late,” he said. “You can do whatever you want. Your life is yours. You don’t owe that to anyone.”

It felt good to finally voice everything that had been spinning around her mind since graduation. There was a light, giddy feeling in her chest, and she smiled up at him. “Thank you. I really needed to hear that.”

Through the dark light, she could have sworn he was blushing. Maybe it was just wishful thinking.

Once, when the world was young and the earth fresh and tender, the Great Mother Dragon was born. Like an egg being cracked, she slipped from the ground like the yellow yolk into the sea, her albumen. Her wings were wide and wondrous, and her eyes large and luminous. She pulled more Dragons from the deep water that slapped gently against her sides, and together they pulled land from the endless sea. The world was not created in a day or more, but slowly, like each step that comes in walking a mile.

Liminal King and the Sunflower Girl

To the one who seeks that weed-choked temple hidden in a forest of trees, to the one who looks beyond the heart to reach the gods above: fate smiles on those who push that rolling stone up endlessly that hill.

Death and the Miser meet hell halfway, two heads on a coin, two moons in the sky, a single word to hold them side by side.

White capped saplings and sunflower dusted eyes meet heaven on high, dip lethal line and hollow sigh, carried on the wind whipped clouds burnt red in the umbral plane of the golden throne hanging dully in the vault of stars.

The dark night quietly ebbs and flows healing wounds of the day before. An icy blue wing appears upon a beak attached to a small young body. Alone high above, the head sways left and right grasping the daunting task ahead. A strong wind interrupts the ponders of contentment and curiosity sending the flailing dragon into the unknown abyss. Composure enters the young as he observes the earth growing ever closer. The awareness of existence drives the wings affixed to the small body to move up and down feeling the cool air pressing against them一stabilizing. A smile emerges as a new day is born.

The wind was cold, chilled as though it were nothing but pure ice laying like a blanket, suffocating and dense. Even so, even with the bite of the air as it cut over feathers made of pure midnight and cooled flesh, Haltach felt nothing but a fond warmth, the stabilizing heat of freedom fending off the cold. The young demon took a deep inhale, eyes falling closed as wings tucked back and he fell. The wind blew faster, harsh, and as the descent down towards the crust of the earth quickened as did the rate of his heart. The ground came fast, too fast, an all too quick end to his invigorating game. He landed with a cloud of dust, knees bent and right hand touching the dirt, moonlight making the feathers of the large black wings glisten ever so slightly.

Every night he found himself reaching for someone who wasn’t there, waking up expecting to see her in the kitchen in her Hello Kitty pajamas, and listening for her laugh whenever he turned on a sitcom on the television. It was empty, and it was wrong, and he didn’t know what to do to fill the void.

He went back to the living room and was frustrated by the peaceful tranquility it radiated. Nothing made sense and his mind was a mess and it didn’t fit with the calmness of the room. He found himself shoving all the documents on his desk onto the floor in a flurry of paper and binders. He turned the TV on to some random station. He turned the radio up to the highest volume.

It still felt too quiet.

Thank you to everyone in the club who submitted work, and to everyone who has taken the time to appreciate the submissions! If you’re interested in joining the club next year, contact Ms. Shifflette or junior president-elect Zane Hull.