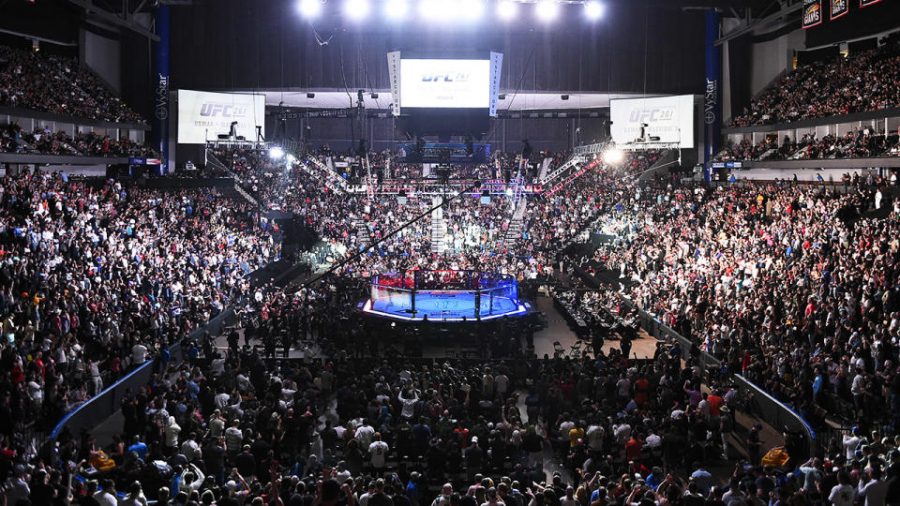 Unless you’ve been living under a rock, you know that sporting events have had struggles with fans due to Corona. The NBA bubble, NFL, and MLB have all had limited fans but the UFC just a few weeks ago had its first full attendance game. Dana White, head of the UFC, decided it was suitable to host the almost 15,000 people in the VyStar Veterans Memorial Arena in Jacksonville. The event was UFC 261 and sold out extremely quickly as many fans were excited to be able to go to probably their first fight in over a year. Since Florida is an open state now, they were more than ecstatic to host the event. Dana White has not been too concerned about the Coronavirus ever since things first started slowing down so he obviously was more than happy to finally be able to have a packed house at an event. The Governor of Florida told White that they believe people should be able to choose if they want to attend a sporting event as opposed to simply not having the opportunity to at all. Another interesting fact to note is that, in May of 2020, the Memorial Arena in Jacksonville had the first sports event since things were shut down. Not to get political, but despite the relaxed manner for this event to be opened up, many are concerned that events like this could cause a bigger spread for Covid-19. UFC’s response to these claims are that vaccinations are rolling through and places have to start opening up again. Dana White says that people need to be able to watch these events in person again if they are not concerned about Covid-19. According to White, “saturday night is a big night, not only for the fighters and UFC, but for sports in general. We showed in the beginning this could be done safely and the right way. Now we are showing you can do it in (full) venues, and it can be done safely.” UFC’s head has announced that two more events will be hosted in the near future- UFC 262 and UFC 264 which will have Conor McGregor as the main fighter. I believe that this UFC event could demonstrate that there is a possibility for all sporting events to be opened up to the public soon enough. College football and all sports should definitely have more fans allowed to games in the fall.