Here are my picks for who should win the award. 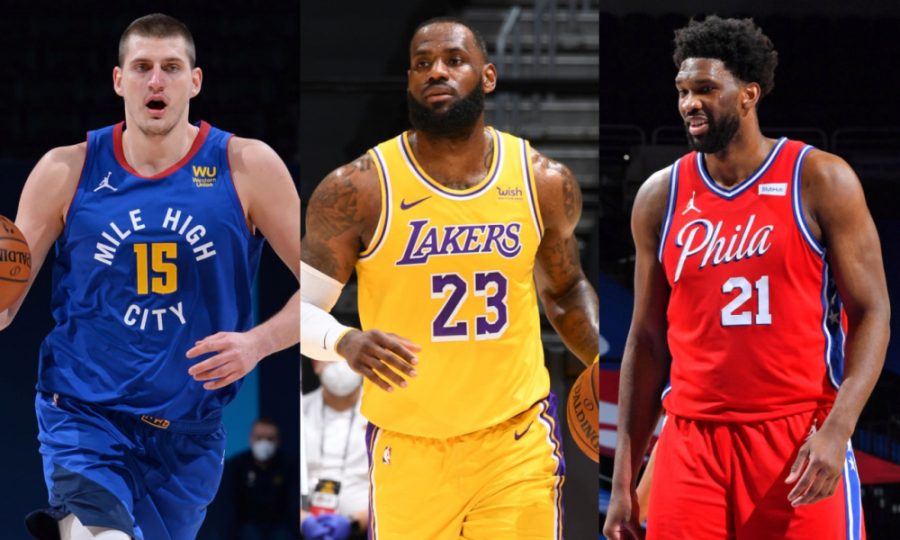 With the NBA regular season coming to a close, the MVP race is beginning to heat up. 5 contenders have separated themselves from the rest of the players as the best player in the league this year. In this article, I will rank my choices for the recipient of the most valuable player award this year.

Nikola Jokic, the center for the Denver Nuggets, has been one of the most dominant players in the league this year. The player who many refer to as “The Joker” has put up some of the most absurd stats for a center ever. Many consider Jokic to be the most dominant passing center ever. Even following the injury to his wingman Jamal Murray in April, the Nuggets are 4-0 and Jokic has been averaging almost 30 points per game. He has put his team in a position to make a deep playoff run.

Shaquille O’Neal thinks that this race will end up being a neck-and-neck affair between Embiid and Jokic, but the Hall of Famer Shaq gives the edge to Embiid. As well as Embiid has played, Philadelphia is losing momentum and losing games, having dropped three consecutive games including Thursday’s showdown against fellow MVP candidate Giannis Antetokounmpo. Embiid played well, producing 17 points in the first half on 8-of-15 shooting, but the 76ers still trailed by 17 points despite his best efforts. Through the first three quarters, Embiid had just three rebounds, compared to 11 from Antetokounmpo over that span.

In just his fourth game back after missing six in a row to start the month, Antetokounmpo helped Milwaukee snap a two-game losing streak to keep pace near the top of the Eastern Conference with a 27-point night in a 124-117 win over the Embiid and the 76ers. Antetokounmpo finished with a game-high 16 rebounds to go with two blocks and a steal. Playing in just five games in April, Antetokounmpo is shooting 62.5% from the field and just 18.2% from the 3-point range. Antetokounmpo and Embiid match up again on Saturday.

Luka managed to drop 30 points multiple times this week as Dallas rebounded from two consecutive losses to secure a pair of victories in a back-to-back set against the Pistons and the Lakers. Over his last five games, Doncic was averaging 30 points on 48.6% from the field. Doncic is now just two 3-pointers away from notching 500 for his career. Doncic really wants Dallas to avoid the Play-In Tournament and expressed this opinion again following his game on Thursday. He said “we’re trying to get the sixth spot, maybe even better, to avoid the Play-In, that’s what we’re trying to do. We’re trying to win every game.”

Curry, after a slow start, is going to have to play extremely well to become seriously considered for the MVP award, but his play this month has been incredible. Curry has averaged 38.7 points over 11 games in April, shooting 52.3% from the field and 47.1% from the three-point range. He says that he believes the team is playing its best basketball now and that there are definitely more great things to come. The teams eyeing spots in the Play-In should be a little worried about the possibility of facing Curry and the Warriors with the playoffs on the line.

Kawhi, who has been leading the Clippers has a good season, averaging 19.3 points per game and leading the clippers to a 43-22 record.

Lebron is honestly only on here because he is Lebron. He has been battling injuries this year but when he has been on the court he has continued his greatness.

Chris Paul has helped lead the turnaround in Phoenix. The team, led by Paul, has made the playoffs for the first time in 10 years as a result of his heroics.

Rudy Gobert has been an integral part of the team with the best record in basketball, leading him to the tenth spot on this list.