Dwelling on life's greatest mysteries so you don't have to 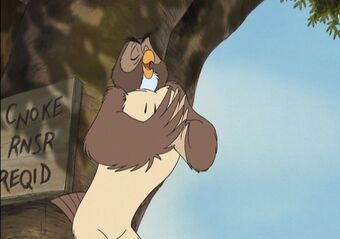 I think the title is pretty self-explanatory. If you’re confused though I found a website that had 200 philosophical questions on it and picked three to answer based on my own (limited) knowledge and experiences. The questions I picked really have no application to everyday life but I thought they were interesting and all of them I think about a good bit in the rare times that I leave myself alone with my thoughts.
1. Does a person’s name influence the person they become?
I think about this question more often than the average Joe I think considering most people even think about this at all. I think most people would agree that a person’s name does not significantly impact what kind of person they become. However, I do believe that it can have an impact on their life in small ways. For example, the jury is still out on whether this is how people say my name or if this is because of internalized issues but I feel like whenever someone says the name “Christina” they sound angry. When people call me Christy or anything else I don’t feel this way but when people call me by my full name they always sound angry regardless of the context. I did some research and found that many studies have concluded that your name impacts a large scale of factors. According to an article from Psychology Today, studies show that your name can affect your romantic partners, political contributions, brands, places of employment, success and failure, and charitable donations. Here’s the link it’s interesting. There are plenty of other articles on this so I can confidently say that name does not influence the person that you become but does impact your life. Stay tuned I might do a larger article on this in the future.
2. How will humans as a species go extinct?
Let’s just first get it out of the way that we will go extinct. I didn’t know that was controversial but we sure will if you don’t think that you need to check your faith in humanity. Prior to any research here’s what I think the possibilities are: climate change, aliens (yes I do believe in aliens but maybe not the kind that will destroy human life unless of course our technology becomes too advance and we become an interstellar threat but I don’t see that happening anyways), robots (AI), supervolcano, virus, nuclear war, meteor, sun going out. After research: all of this is true and possible. It seems like it depends on if you’re particularly optimistic or pessimistic about humanity as a whole. It is possible that resource scarcity or political instability could wipe humans out in as soon as the next 100 years. If you think we can get past all of our struggles with the planet and each other then you might be of the group of people that thinks that we as humans can colonize the universe and survive for billions of years. Personally, I think any of the reasons listed are possible. I think that humans will most likely go extinct from self-inflicted wounds like nuclear war, destroying the planet, not wearing their masks during a pandemic, etc.
3. Is it possible to live a normal life and not ever tell a lie?
No. At first, I thought this was going to be tricky and I even looked up the most common lies to tell. “Everything is fine” “I’m on my way” “I am/was stuck in traffic” popped up. I thought to myself that it would be very difficult but that it would be possible you would just have to be brutally honest with everyone at all times. But then I thought you wouldn’t have to be brutally honest you would have to be plain honest. Isn’t it weird that our society is built on telling lies to cover our insecurities and sugarcoat reality? Telling the truth isn’t brutal it’s real. Anyways. I then realized that this is a trick question. The question asks if it is possible to live a normal life and never tell a lie. As my previous train of thought told me, our society is built on telling lies because we think we are protecting ourselves and others. Therefore, a life lived honestly or without any lies at all would not be normal by society’s standards.

I hope you found my interpretations of these philosophical questions. I might continue this answer more I might even make it into a podcast and talk about deep topics or questions with other people. It’s also entirely possible that I’ll never revisit this topic again. Who knows. We’ll see. I’m just trying to get to eight hundred words now. The last word in this sentence is seven hundred and ninety-two. I should be quite finished right about now.