Your political party doesn't automatically make you a good person. 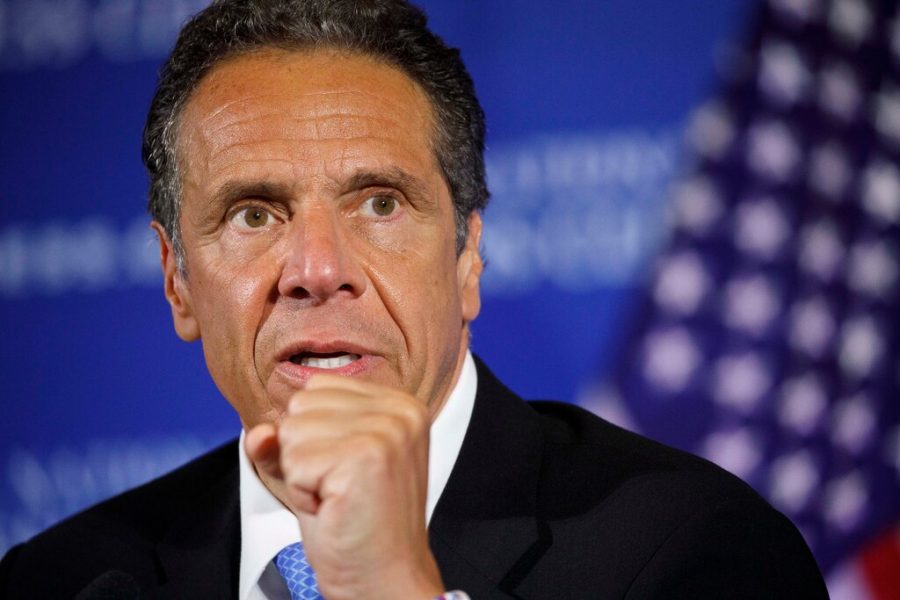 Governor Cuomo of New York City is in some political hot water and his future in government isn’t looking too bright. The politician who was once recognized as a fearless leader during the beginning of the Covid-19 pandemic is facing multiple sexual harassment scandals and found to be possibly fudging death numbers from New York nursing homes. Cuomo tried to be a pandemic superstar but, unfortunately, the pressure got to him, and he lost his ethics in the process. Now, let’s dig a little deeper into the details of the scandals and drama surrounding the New York governor.

Let’s begin with what I found to be quite shocking: the sexual harassment allegations. As of today, March 9th, 2021, six women have come forward with accusations of misconduct and inappropriate behavior, all which have been denied by Cuomo. Of the six women, one was an aide and four of the others had worked alongside the governor at some point in his career. The latest unnamed accuser reports that Cuomo touched her in an inappropriate manner while working at the Executive Mansion. As a man once coined “Sexiest Man Alive” (for his age group) by PEOPLE magazine, and the power complex that can sometimes come with being a politician, it isn’t hard to believe his ego may have inflated just enough for him to push his boundaries with women he worked closely with. It’s a disgusting and disappointing situation that is leading many politicians and citizens to call for his resignation, but Cuomo refuses. In response to the claims Cuomo said, “There’s a spectrum of allegations. There’s capital crimes, there’s physical violence, down to more minor allegations,” and “No one ever told me they felt at the time that I made them feel uncomfortable or awkward.” There’s a glaring issue with this statement, the women he worked with shouldn’t have to be put in a position where they are forced to address feelings of discomfort towards a male coworker. No one should have to say “Hey, you’re touching me a little too much and making me uncomfortable ” to the “well-respected” Governor of New York. There are implied boundaries and lines that should not be overstepped. Personally, I don’t think the Governor is handling the situation with much grace and he is honestly making things look worse for himself. At this point, he’s had his moment in the spotlight and it’s time for him to resign.

Unfortunately, sexual harassment isn’t the only shady activity the governor has been up to. At the beginning of Covid-19, many praised the governor and his efforts to control and deflate the spreading of the virus in New York state. He held daily news conferences to keep citizens in the know and was reporting shockingly good numbers In fact, Cuomo even published a book entitled “American Crisis” that reflected on his leadership and New York’s impressive fight against Covid. Sadly, it has come to light that Governor Cuomo’s nursing home death toll numbers showed a significant difference than the official reports. This reported undercounting spread like wildfire in the political world and was horribly ironic considering his latest piece of writing. However, the underreported numbers were explained by claims that New York counted deaths in hospitals and deaths in nursing homes separate from each other as to avoid “double-counting.” This attempted avoidance only led to massive spread of misinformation and seemingly significant under reporting of death-toll numbers, which is now under federal investigation. However, it should be noted that the under-reporting of numbers was likely unintentional as New York did report their intent to count hospital deaths separate from nursing home deaths in the early months of the pandemic. While the method of counting may have had no ill-intent, it isn’t a great look for Cuomo and his position as a pandemic superhero.

All this to say, this is a prime example of a political party not necessarily making you a good politician OR person. Despite being a once well-loved and respected representation for the Democratic party, Cuomo has demonstrated that a little too much power can make a man go mad. Unless for some crazy, next to impossible reason all SIX women come forward and say they “made the whole sexual harassment thing up for attention,” (which will never happen because that is utterly ridiculous and not a realistic scenario) I can no longer ethically support Cuomo or any of his future actions as Governor of New York. While there are many possible fabrications of excuses for his irresponsible actions, at the end of the day the man should resign. It is definitely time for the governor to engage in self-reflection and to keep his hands off women. I think 2021 is the year we keep sexual harassment out of government, it had no place there to begin with.