A logical fallacy of immeasurable proportions. 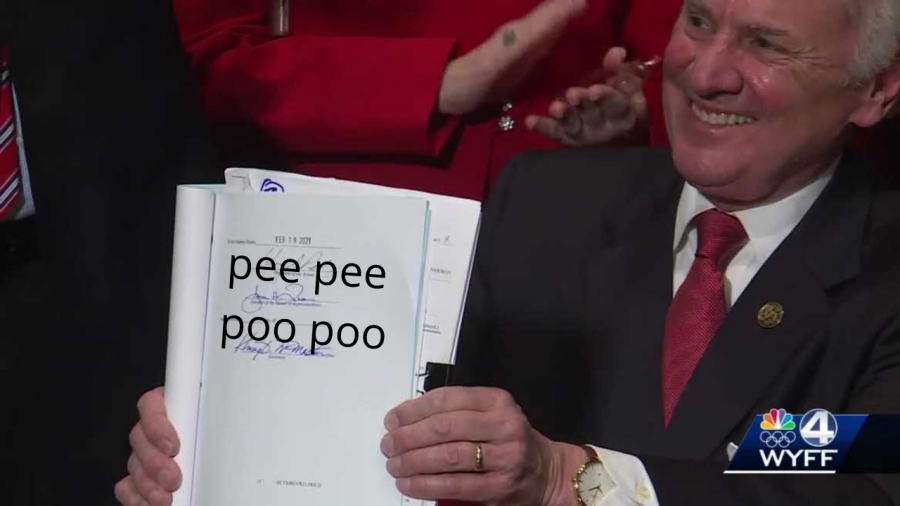 A fetal heartbeat is typically detectable between 6 ½ to 7 weeks gestation.

Most women find out they are pregnant between 6 to 8 weeks gestation.

On February 17th, 2021 governor of South Carolina, Henry McMaster, signed the “Heartbeat Bill” prohibiting abortions when a fetal heartbeat is detectable unless the pregnancy is deemed a medical emergency or a result of rape/incest. There are many things wrong with this.

In 1973, US Supreme Court case Roe v. Wade set the precedent that “a state cannot ban abortion before viability.,” which is generally between 24-28 weeks. In fact, the day after McMaster celebrated the bill’s passing, an emergency lawsuit by Planned Parenthood caused a federal judge to place a temporary block on abortion ban. Unless Roe v. Wade is overturned, a “Heartbeat Bill” is not a protection of life, it’s a challenge of the constitution and federal precedent.

Secondly, there is no ultimate decision on when life begins.

There is much debate over whether or not life begins at conception. However, there is no universally accepted definition of the beginning of life. If we’re speaking scientifically, the egg and sperm were already alive prior to conception, so the real question should be: When does personhood begin? If one individual believes a baby is alive the moment an egg is fertilized, great! don’t get an abortion. But the individuality of the belief must be acknowledged. Just because you think chocolate cake is gross doesn’t mean everyone does or it actually is.

Third, and this is an important one, separation of church and state.

While I recognize not everyone is “pro-life” or “pro-choice” based on religious standards, Christianity is justification for many “pro-lifers,” (although there is no direct reference to the topic in the Bible).  Constitutionality seems to be a common occurrence with this issue. The very first amendment in the Bill of Rights, the Establishment Clause, clearly states “congress shall make no law respecting an establishment of religion.” Personally, I respect your religion acting as justification for you to not get an abortion, but factually, not every American citizen is a Christian.

Finally, how can you be pro-life AND pro-death penalty?

These two political positions typically, not always, go hand in hand with the Republican party, but it seems to be a logical fallacy. If life is precious, why do we allow the American government to legally commit murder every year? I understand the question of innocence, but if Christianity is a large contender in development of beliefs, it should be acknowledged that in Matthew 5 the bible does address “eye for an eye” logic, “You have heard that it was said, “An eye for an eye and a tooth for a tooth.” ³⁹But I say to you, Do not resist the one who is evil. But if anyone slaps you on the right cheek, turn to him the other also.” Again, religion should be kept out of government; however, the basis on which some beliefs are formed is interesting.

Overall, the “Heartbeat Bill” is unconstitutional and illogical, and this is without even addressing the feminist issue of a woman’s right to her own body, but facts over feelings. Right, guys?