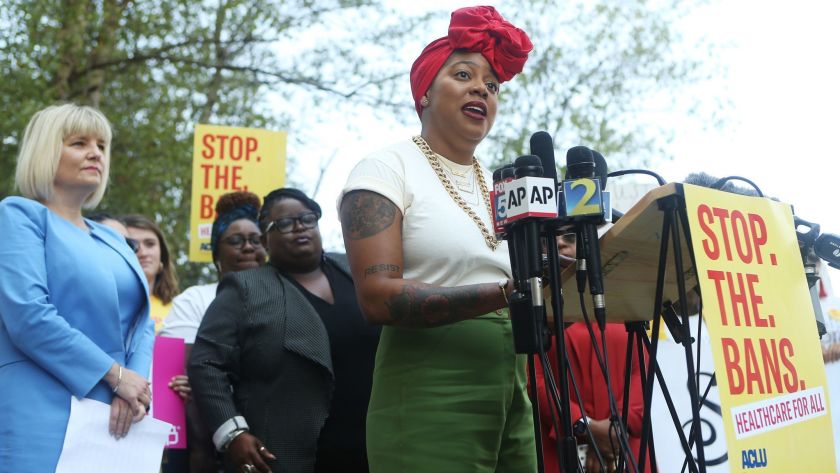 Highly polarized in recent political conversation, the mere concept of abortion singlehandedly divides America into two opposing factions: pro-life and pro-choice. While I have my own reservations about the way this divide is constructed, that’s an issue for another day. Abortion is typically treated as the centerpiece of women’s reproductive lives, assessed entirely separately from its precipitating event, when in reality it is best addressed by helping women prevent unwanted pregnancies in the first place.

Meanwhile, the U.S. abortion rate remains among the highest of all industrialized nations—more than twice as high, for example, as the Netherlands. There, in stark contrast to the states, government and social institutions support comprehensive sex education and health care services aimed at helping people, including young people, and actively work to avoid unintended pregnancy and disease. Not only is contraceptive use widely encouraged, but contraceptives are easily available and national health insurance helps ensure that people have comprehensive access to timely and affordable care. Moreover, the abortion rate in the Netherlands, as well as other western and northern European countries, is so low because their unintended pregnancy rates are extremely low, as a result of their widespread and effective contraceptive use.

Therefor, the high rate of unintended pregnancy in the United States explains the country’s high abortion rate, as almost half of all unintended pregnancies end in abortion- about 1.3 million. Facilitating effective contraceptive use would gradually reduce the number of abortions in this country, but the high cost of health care, including contraceptive supplies and services, prevents many from doing so. According to the Guttmacher Institute, one in five American women that are of reproductive age do not have health insurance, and even those insured may lack adequate coverage of contraception, placing some of the most effective methods beyond their financial reach.

American society is not currently structured to facilitate and encourage effective contraceptive use, with the stigma surrounding sex and even personal health. Sex education in schools and communities is increasingly teaching young people that the only acceptable option for them is to wait until marriage to have sex. To cement this idea into the minds of young people, this education either does not discuss the benefits of contraception, or portrays it in a negative light and further emphasizes abstinence. The right of young people to readily access confidential reproductive health services is under attack in Congress and in many states, and conflicting social attitudes about sex hinder parents’ ability to discuss sex with their children. As for abstinence, there is no question that helping young people to delay sexual activity is a valid and important component of any national prevention strategy. Yet, most American women over the course of their lives rely on contraception, not abstinence, to help them responsibly manage their sexual lives.

Unfortunately, the social conservatives in power at both the state and federal level express hostility to the very notion of abortion prevention, and would prefer to make it outright illegal. Their solution for unwanted pregnancy, or “out-of-wedlock births” as they define the problem, is abstinence for every person outside of marriage. Because of this, they are engaged in a national campaign to portray condoms and other contraceptives as ineffective in protecting against unwanted pregnancy and disease as a way to promote their abstinence-outside-of-marriage agenda. At the end of the day though, it would be counterintuitive to tell people that since seatbelts do not offer 100% protection against car crashes, that they should refrain from driving. Instead, people are strongly advised to use seatbelts each and every time they ride in a car, considering that driving without a seatbelt is in fact socially, and in most places even legally, sanctioned. Roughly 68,000 women die from preforming an unsafe abortion annually, often in a place where it has been made illegal, making it one of the leading causes of maternal mortality (13%). Of the women who do survive unsafe abortion, 5 million of them will suffer long-term health complications. Banning abortion does not dissolve the reasons people get them; rather, it leaves affected women to risk their own health as a last resort.

Prochoice groups have been working to advance prevention through federal and state policy for many years and can point to numerous successes that have made a meaningful difference in people’s lives. Historically, however, many prochoice leaders have been resistant to the notion of putting prevention first, because they fear doing so would cast abortion in a negative light.

For years, poll after poll has shown that while Americans want abortion to be legal, they are also uncomfortable with it and want abortion to be treated as a last resort. What is clear is that a prevention agenda is likely to have wide popular appeal, because it addresses real difficulties that people currently face trying to responsibly manage their fertility, and comports with what many Americans say they want from their policymakers.