Amazing Songs From Our Youth

Songs That Are Too Good To Be True 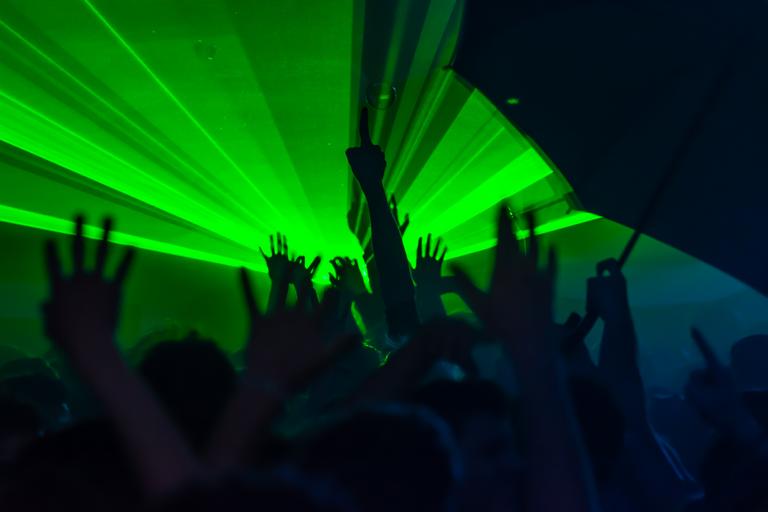 Growing up in the 2000’s, our generation was blessed with some amazing club/pop/techno music. Names like T-pain and Usher were burned into our minds along with the songs they crafted. And every time I hear one of those songs that I can perfectly remember but mostly forgot about, I absolutely lose my mind. The nostalgia and memories these songs bring about are way too good to be true. So here’s a review of some of the best songs from when we grew up. Everything on this list is from 2014 or earlier.

T-Pain; With only a few hits, T-pain’s songs will make you wanna dance with your friends!

Buy U a Drank
Tipsy
Low

Lady Gaga; Lady Gaga has by far some of the most popular music from when I was growing up. And I will never forget how fearless she always seemed in the face of judgement from others. And OMG who could forget that meat dress. A true icon

Ke$ha; Another icon, especially when considering her resurgence in recent years after dealing with some really messed up stuff in the music industry, Ke$ha was able to make these hits even when she wasn’t doing well. Her story is amazing. Y’all should look into it. And her newer album Rainbow is stunning.

Taio Cruz; Another one like T-Pain, Taio Cruz only has a few hits but they are absolutely RAW.

Black Eyed Peas; This band has made many questionable decisions over the years and some of their lyrics did NOT age well. However, the successful songs they did make will always be remembered.

Taylor Swift; OMG where do I even start! I had to leave a lot of songs out on this list because I felt like they were too obvious and too plentiful. Point is almost all of Taylor Swift’s early music was formative for me and many others I know. And her new music… she just keeps getting better…

Mike Posner; I don’t even know what to say for this man…Where did he go?

Avril Lavigne; OMG Queen. A true pop punk icon. She blazed the way for this genre and made it so accessible! She was also one of few mainstream female artists embracing this genre at the time!

Nicki Minaj;….I could scream… Nicki Minaj is absolutely amazing and so is most of her music. And even if you don’t like it you cannot disregard the fact that she was one of the first mainstream female rappers who actually gained a following and support. She, a lot  like Lady Gaga, faced and still does face so much criticism, but clearly she does not care. Nicki Minaj is…inspiring. And her wigs!!!!!!!

Ed Sheeran; Ugh honestly I can’t listen to any of these songs… too emotional…BUT I remember them perfectly and they impacted me so much at the time. Ed Sheeran made space for men in the music industry to deeply address their emotions and internal monologue. I think that’s pretty epic. It’s kinda like how certain females in the industry made it acceptable for women to be more empowered in their music.

Jordin Sparks; I know nothing about Jordan Sparks but I think she was on Suite LIfe on Deck.

No Air
Battlefield
One Step At a Time

Katy Perry; I had NO idea how much of Katy Perry’s music are hits. I honestly was floored. And re-listening to these songs…. I was shocked by how genuinely good they are. They are so entertaining and tell such good stories with really good imagery and very lit beats… I am in awe of Katy Perry. Literal AWE.

I Kissed A Girl
Waking Up In Vegas
Hot N Cold
Teenage Dream
California Gurls
Firework
The One That Got Away
E.T.
Last Friday Night

Justin Bieber; Again I did not realize how much of his early music is popular… but also he’s so bizarre now… that whole yummy thing with the baby pics on his Instagram…too far Justin.

Trey Songz; Who is this? I don’t know but these songs hit.

Justin Timberlake; Okay I absolutely ate my words with this man. I used to swear up and down that I really didn’t like him but in this review I found that was an ABSOLUTE LIE. I love Justin Timberlake.

Usher; Don’t know a whole lot but I will never forget this name

Jason Derulo; I was really surprised at how many hits Jason Derulo has. I remember all these songs perfectly and they still are so good.

Bruno Mars; Bruno Mars was a formative piece in the development of my music taste. I cannot help but scream these songs when they come on. His voice has so much power and his music ranges from being so serious to so silly. It’s perfect.

Rihanna; AHHHHH PURRRR! Rihanna is so cool and so empowering. I love her so much. I’m so grateful that my peers got to have women like her, Nicki, and Gaga to look up to while I was growing up (I know a lot of people think they’re “bad” influences but I don’t care). I remember a lot of older women in my life back then saying really unkind things about those women. I’m glad our society is starting to embrace females who don’t fit into a box, and I think Rihanna had a lot to do with that.

Umbrella (JAY-Z)
Don’t Stop The Music
Shut Up And Drive
Disturbia
Rude Boy
S&M
What’s My Name?
Only Girl (In The World)
We Found Love (Calvin Harris)
Diamonds
Pour It Up
Stay

Alicia Keys; Uhhh… I don’t have anything to say but these are guud.

No One
If I Ain’t Got You

Flo Rida; Had no idea he was so poppin. Go Flo Rida Go!

Obviously there are many more amazing artists and songs that could be included on this list. However, these were the ones most formative for my friends and I. I hope you enjoy jamming out to these sometime soon. I promise it’ll give you a major mood boost :)