10 Bands You’ve Been Missing Out On

Bless your ears with a couple of these artists 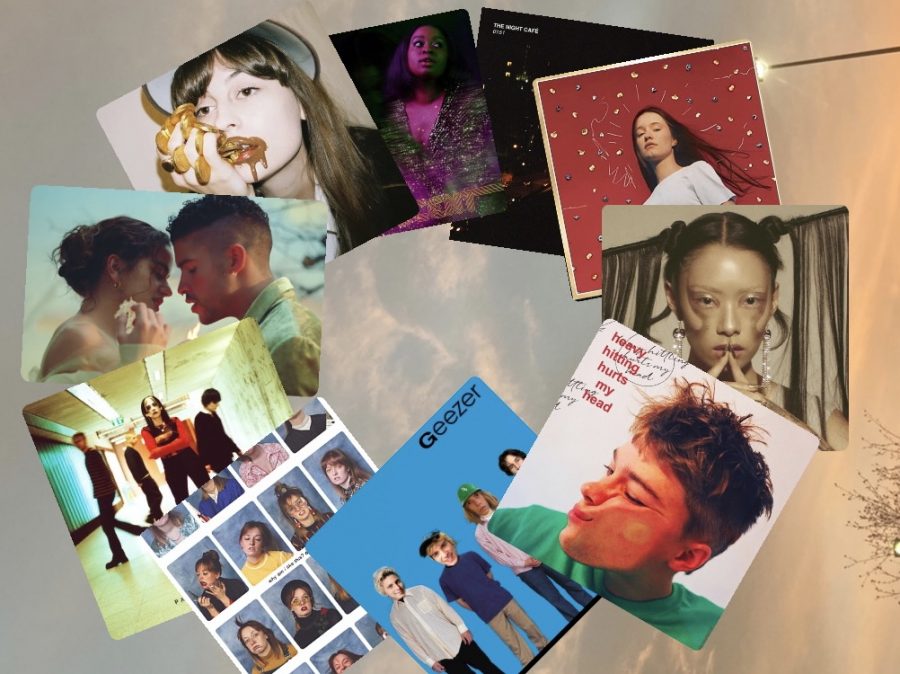 If you’re looking for any new artists to obsess over, then I have ten musicians/bands (and a couple honorable mentions) just waiting to bless your music-hungry ears. (I also added links to their artist pages on Spotify so you can all easily check them out if they pique your interest!):

Christian Leave is an LA-based artist who went from being a Vine-star way back when to trying his hand at music over the past five or so years, releasing a handful of singles and his third EP, an amazing album called Heavy Hitting Hurts My Head. He describes his genre of music as “miscellaneous”, but has hints of shoegaze and alternative rock paired with his soothing vocals, guaranteed to lead you into a lovely musical journey.

Songs to listen to: Bedache, Your Life Your Time, Never, Understand
2. Greer

Greer is an alt-rock band who coincidentally are pals with Christian Leave and a part of the same friend group as the youtubers, Enya Umanzor and Drew Phillips. The band is made up of Josiah (vocals), Seth (bass), Lucas (drums), and Corbin (guitar), who all work to involve tones of jazz, pop, and alt-rock to create a sound similar to Lunar Vacation, Joy Again, and the Walters.

Songs to listen to: Bye Bye Baby, Song for Me, Bittersweet
3. Orla Gartland

Orla is an Irish singer-songwriter and guitarist with a unique and crooning sort of voice who creates songs that echo melancholy or yearning tones with honest lyrics that are always sung in a way that makes you feel not so alone. But the level of power that she makes you feel while listening to her music is perfect and her music always pops up on my shuffle right when I need it. Listen if you like women because: women. And also soft indie/alternative.

Songs to listen to:  I Go Crazy, Pretending, Did It To Myself, Why Am I Like This?
4. Sigrid

Sigrid! She is a Norwegian powerhouse of a singer-songwriter, with her music taking tones of electro-synth pop that makes you feel pretty much unstoppable no matter what you’re doing. When I listen to her album Sucker Punch, I feel like I’m being transported to reading a good book on a warm summer day or going on a road trip to anywhere. She’s also besties with AURORA, so if you like her then go for Sigrid asap.

Songs to listen to: Sight of You, Sucker Punch, Don’t Feel Like Crying
5. Pale Waves

Pale Waves is an English indie rock band with sounds of electropop, and is actually under the same label as the 1975 and The Japanese House. Their lead singer is Heather Baron-Gracie aka one of the coolest people on this earth, and their sound is pretty similar to the 1975 but also like if you mixed Sigrid or some female powerhouse into their music too.

Songs to listen to: There’s A Honey, Came in Close, Eighteen
6. The Night Cafe

Continuing this sort of alt-indie-rock streak, the Night Cafe delivers day in and day out with rock tunes similar to the 1975 but with a more grounded feel. They’ve got a heavy guitar sound and choruses that make you want to get up and dance around and even though the chances of getting to see them in concert are low especially considering how they’re based in Liverpool, I know that they would put on such a great show.

Songs to listen to: Addicted, You Change With the Seasons, Finders Keepers
7. Bad Bunny

Okay I’m sure that most of you know Bad Bunny or at least have heard of him, but I’m just here to say that even though it’s all in Spanish and most of you probably aren’t Spanish-speakers, he is most definitely worth listening to. His rise to fame in such a short period of time should not be overlooked in any way shape or form because this man is breaking boundaries and paving the way for more Latin artists to rise. And besides his obvious accomplishments, his songs are exceptionally good, with his most recent album involving influences of rock, electronic, and new wave sounds and just never fail to put you in a good mood.

Ayoni, to start, is someone you could easily characterize as an angel. Her voice is ethereal and she takes the genre of R&B to a completely new level. Her album, Iridescent, can be described as divine, and she is just working to bring R&B back into an even more soothing and ethereal voice, and her lyrics swell with ideas of empowerment and love.

An American folk singer and also a photographer, Faye Webster’s sound is one similar to Julia Jacklin, Phoebe Bridgers, Hailey Heynderickx, and Kacey Musgraves. She has a bit of a sultry country southern sound mixed with the emotion and melancholy of Phoebe Bridgers to create a completely new sound.

Songs to listen to: Kingston, Right Side of My Neck, Sagittarius Superstar (ft. COIN)

A Japanese-British singer/songwriter, Rina Sawayama is a powerhouse of a woman, who has pretty much created her own genre, a blend of pop, nu-metal, club beats, and heavy influences from the early 2000’s. A few of her songs follow a similar Evanescence and Britney Spears 2000’s sound, but she makes it entirely her own to create unique anthems that tell stories of her confrontations with her own cultural and sexual identity.

The Postal Service is a literal supergroup of a band, including members from Death Cab for Cutie and Rilo Kiley, who got together to create the wonderful indietronica album known as Give Up, aka one of the several albums that I would wholeheartedly die for. Every time I listen to one of their songs it feels like I’ve been transported to a different place in my head and it’s a feeling that I know will never die out. Maybe I also feel a bit of a spiritual connection with this album because it was released on February 19th aka my birthday and the first day of Pisces season, so they really just added onto the importance of the day and for that I gotta say I will love them forever.

Songs to listen to: The entire Give Up album but specifically The District Sleeps Alone Tonight or Such Great Heights

This band, made up mainly of the ever-so-talented Katie Crutchfield, was named after a creek in her hometown of Alabama. Her voice is so beautiful, with a sort of crooner energy to it, and it makes you want to start listening to her and never stop. Her music is reminiscent of a road-trip and it might be because some of her songs she actually started writing or thinking of while she was road-tripping herself, and just gives you the feeling of floating down the highway, leaving all your cares behind.

Songs to listen to: Fire (I literally can’t stress this enough, please listen to Fire, there’s no way you’ll be disappointed I promise)