Super Bowl Before vs. After 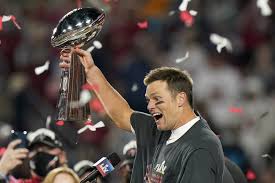 My Prediction before the Super Bowl

This year’s super bowl has two very talented teams which are the Chiefs and the Buccaneers and they both deserve to be there. In past years, there have been teams which have made it to the super bowl and gotten blown out simply because they didn’t deserve to be there i.e. the 49ers put up 55 points in their super bowl against the Denver Broncos who scored a measly 10 points. Both the Chiefs and the Bucs have high-caliber teams that can for sure be called the top 2 teams in the league. Despite this fact, I definitely think that the Chiefs will wipe the floor with Tampa Bay in the Super Bowl. The Chiefs have such a stellar offense led by Patrick Mahomes and they get really hard to stop once they get in their groove. I really like their odds especially because Tampa Bay’s defense has not been over-performing this year and they all around are just not too strong compared to some other teams in the league. However, they do have some good players which include Devin White, Lavonte David, Shaq Barrett, and Jason-Pierre Paul. One valid counterargument that could be made is that the Chiefs defense is no match for the Buccaneers offense, and this is very true. Kansas City’s defense has not been great this year and Tom Brady is lethal in the playoffs. Overall, I predict that the Chiefs will end up dominating the Buccaneers simply because their offense to the Buc’s defense is comparably better than the Buc’s offense to the Chiefs’ defense.

I was wrong! The Buccaneers played a great game and deserved to win with how well their offense was running and it also didn’t help that the Chiefs’ offense did not play well at all. Just the same way as the Tampa Bay defense played unusually well in the Packers vs. Tampa Bay game, the Buccaneers defense was a major factor in their win. However, nothing can be discredited from the G.O.A.T. of football, Tom Brady. For his 7th all-time super bowl win, he and his offense absolutely pummelled the Chiefs’ defense. Brady went 21 for 29 passing completions with over 200 yards, three touchdowns, and no turnovers. He played a close to perfect game and also had help from his running backs. Ronald Jones and Leonard Fournette off and on the whole game combined for over 150 yards rushing and a score. Patrick Mahomes, on the other hand, had an off game and went 26 for 49 completions with 270 yards and two picks. Travis Kelce had a decent game with 133 yards receiving but Tyreek Hill and the Chiefs rushing core had a lackluster Super Bowl game. Shown by the yardage amounts for the Buccaneers’ offense, the huge factor in the game was their defense. Brady, Fournette, and Jones all had pretty average numbers. Don’t get me wrong, Tom Brady deserved to win the game based on how well he played, but the top-tier part of the Buccaneers’ team against the Chiefs was their defense. The Buccaneers’ defense has really come out of its shell in the playoffs and this has been a huge part of why they made it all the way in the playoffs.

Going Forward in the NFL

One thing that all Buccaneers fans have to look forward to is the fact that Tom Brady is confirmed to be returning to the team for the 2021 season. Many people thought Tom Brady was insane for leaving his two decade long career team which was the New England Patriots to go to the formerly lackluster team which is the Tampa Bay Buccaneers. He proved everyone wrong, however. The fact that his first year on the team is a super bowl win is just bizarre. Also, another under the radar winner for the 2020 season is Patrick Mahomes. Thinking about it, it is also crazy for Mahomes to make another super bowl and get to compete against the all time goat Tom Brady. The Chiefs definitely are not gone from being a top-tier contender. If both the Buccaneers and the Chiefs can hang on to the talent that they have acquired over the past couple of years, I could easily see these same two teams go at it again for a rematch in the 2021-2022 season super bowl. Another big time quarterback, Aaron Rodgers, is also a winner for the 2020 season. It may seem like a bad thing for the Packers to draft another quarterback in the first round, I think this gives Rodgers a shot to win the super bowl somewhere else. Jordan Love may just be the future of the Packers, but just like Tom Brady, Aaron Rodgers has a shot as he’s nearing the end of his career to go somewhere else and assemble a super bowl contending team. Maybe I’m overthinking the situation and Rodgers may finish his career in Green Bay, but it would be cool to see him win somewhere else.