The quirkiest things one can bet on. 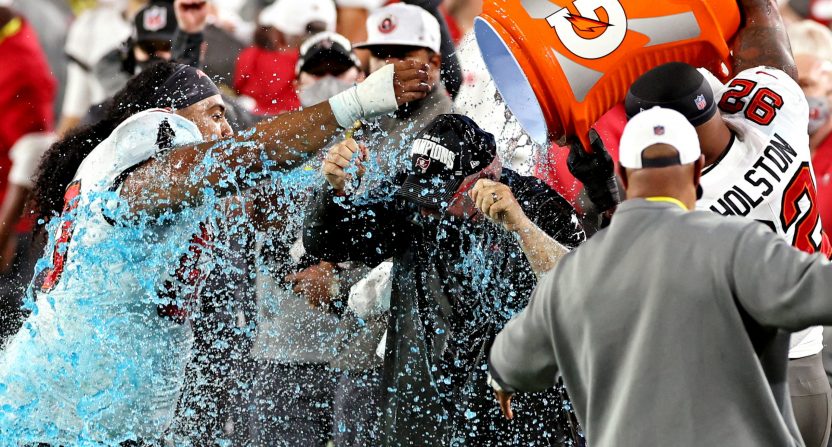 This year, 400 million dollars were spent on betting in the Super Bowl. Many of these bets were standard bets in which viewers predicted which team they thought would win the game. Although many just placed these typical bets, others placed interesting bets called prop bets. These prop bets did not necessarily have to do with the game itself but rather the events surrounding it. Anyone could place a bet on anything from who will win the coin toss, to whether or not certain players will get injured. Throughout this article, I will recount some of the more unique prop bets, and the payouts that ensued.

One of the most popular prop bets to bet on this year was predicting what color Gatorade would be dumped on the winning head coach’s head. The options were red, yellow, blue, clear, orange, and purple. The color that was dumped on Bruce Arians head after the game ended up being blue and if you were to have bet $100 that this would be the case then you would have won $800.

You could also bet on whether or not you think that Tom Brady would attempt to high five a referee. If you bet $100 dollars saying that he would, you would have won $700 dollars. Another bet you could make is predicting who the winner of the MVP award would thank first in his speech. Tom Brady, when he won the award, thanked his family first, which netted a $550 dollar win for whoever correctly predicted it.

Another one of the more popular prop bets is betting on how long the national anthem will last. Gamblers can bet on whether or not it will last over a certain duration of time. That bet was canceled this year as a result of someone sneaking onset in order to record the rehearsal and thus invalidating the bets.

This was not the only case of people attempting to swindle the Vegas bet sharks this year. There are rumors that the man who streaked across the field in the fourth quarter of the Super Bowl actually had a prop bet betting that there would be a streaker. The rumors have it that he bet $50,000 and that after posting a $1000 dollar bail from a local prison the next morning, he cashed out with $349,000 dollars. If this is true it would be one of the most interesting ways anyone has ever pawned the betting system.