What is Going on with GameStop?

Why is this stock soaring? 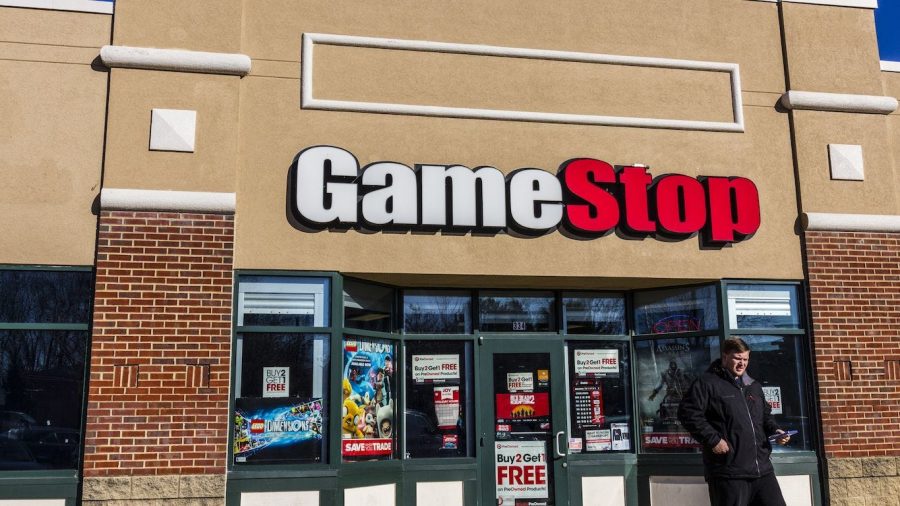 Recently, the Academic Magnet has experienced an influx of students trying to grow their wealth through the stock market. With unprecedented growth in seemingly random companies that many people thought were dying, many are trying their luck in one of these “meme” stocks. On the forefront of these stocks is GameStop, a video game company whose sales have been dwindling since 2013. In the month of January, the value of a share of GameStop has increased 1000% from a value of $4 to the $250 mark it stands at currently. At the peak of its value this month, it was up as much as 1500% at the mark of $350. For those of you who are not experienced in the stock market, that means if you bought 10 shares of GameStop when it was at $4 and sold it today you would have made $2500. Other companies making humongous strides this month include AMC entertainment (up 300%), BlackBerry (up 120%), and Bed Bath & Beyond (up 70%). That raises the question, what is causing all of this madness? With many of Wall Street’s most elite investors short-selling these companies or essentially betting on them crashing, they became a target of a popular subreddit referred to as WallStreetBets. WallStreetBets is a growing community of volatile investors who will throw around money on the stock market in an attempt to achieve huge gains. When they released the extent to which GameStop was being shorted, they rallied around that stock as a common target buying obscene amounts of shares, thus driving the price of it higher and higher. Due to the easy access of buying shares online now due to platforms such as Robinhood, more and more armchair investors were able to see the growth of GameStop and wanted to hop on the bandwagon in order to try and cash out. As a result of this rapid buying, the elite investors on Wall Street were losing millions of dollars and they were not happy about it. Eventually, Robinhood was forced to remove these companies from the platform citing that they were “overly volatile.” This unprecedented act has WallStreetBets investors into a fury as many believe they have been unlawfully stopped from obtaining the profits that they believe they are entitled to. Although all good things must come to an end, many have viewed this as very Robin Hood-esque in the way people feel like they are stealing from the rich and giving to the poor. One member of WallStreetBets has reportedly even been able to pay off thousands of dollars of student loans because of Gamestop. Thus, the rise of these formerly dead companies has given life to many young investors as they begin their journey in the stock market.