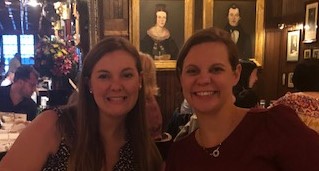 I’ll give the English translation of the title at the end:)

February 3rd marks the passing of one of our very special biology teachers. Ms. Snelgrove touched the lives of everyone she met- her students, her coworkers, her family, and the list goes on. While I personally never had her as a teacher, I was given the opportunity to speak with her parents about her life and career and learn about the depth of her impact. Mrs. Langley, a close friend of the Snelgrove’s, helped me brainstorm some points of inquiry, and they are as follows:

Do you have a proudest moment that comes to mind when you think of Leigh?

Unable to narrow it down to just one memory, Mr. and Mrs. Snelgrove had amazing stories to tell about both her character and her career. While completing her undergrad at Wofford, Leigh double majored in biology and German. One time, while their family was traveling in Germany, they had a cab driver who also taught English and complimented Leigh on her German, swearing that it was actually perfect. After graduating from Wofford, she went on to complete her master’s at the University of South Carolina.

Leigh and her teammates won the girl’s state championship in basketball one year, and her dad described her best asset as her ability to hold onto the ball and not let go, even when someone on the other team would wrestle with her. 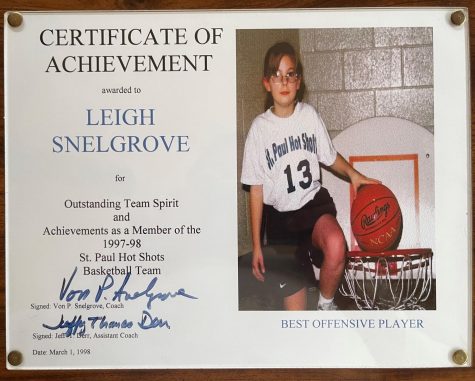 Leigh was accomplished in both ballet and trumpet.

She was an active and passionate team member on an anti-bullying campaign run by one of her peers at Aiken High School.

On her sixteenth birthday, her dad had her cut down a tree using a chainsaw, split the wood, and separate all the pieces. She was successful and added it to the list of skills she could complete independently, like changing a tire and jump-starting a car.

Mrs. Snelgrove said that she is most proud of Leigh’s humanity. While teaching at AC Flora in Columbia, SC she was tasked with teaching biology science to a group of severely struggling female students. One girl in the class got dropped off at school at 5 am every day, and would sleep on benches until school started. Heartbroken by this, Leigh began to bring her food and clothing and would let her rest in her classroom in the mornings.

Another one of those students was extremely upset that she was leaving Flora to go teach at Magnet, saying she would no longer have “her person” who she knew she could always go to while at school. This made the decision even more personal and difficult for Leigh, as she didn’t want to give up caring for challenged kids to go to a school like Magnet knowing they desperately needed the hands-on attention she provided. To ensure their continued growth in her absence, Leigh selected and spoke with nine different female teachers, whom she then assigned to each of her students. She told her students that this was their person now, and wished them the very best. 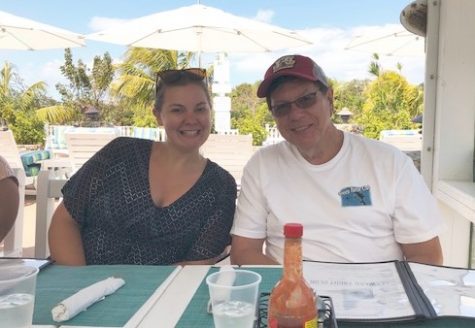 With a family full of lawyers, how did you take it when she decided to major in biology and eventually become a teacher?

Mr. Snelgrove actually majored in biology himself before deciding to study law and has several family members who teach. Her parents agreed that lawyers wouldn’t get anywhere without the guidance of good teachers, and Mrs. Snelgrove pointed out that she doesn’t know of a profession nobler than teaching. She went on to explain how certain people are called to be teachers, the way some people are called to the medical field. Leigh was kind, considerate, and warm, making her presence as fulfilling as her passion. She had a quote propped up on her desk that read, “My teacher said that I’m smarter than I think, so I am.”

What about Germany in particular made her want to spend a year there and even develop fluency?

She began taking German at Aiken High School where her teacher took a group of students to Germany for six weeks. Each student stayed with a host family, but the class always reconvened. This trip sparked her attachment to the country and culture and her dedication to the language. While in school at Wofford, a professor that had observed her skill personally, asked her if she would consider majoring in German. Wofford requires students with a language focus to study abroad, so she ended up spending a year in Freiburg, a beautiful little German town. Since then, her family has made a conscious effort to always pass through Freiburg when traveling in Europe.

What was her favorite book?

Without a doubt, Harry Potter. She used to read the books while she was listening to the audio to better immerse herself in the stories. Even after having reread the series, she would still bring Harry Potter with her wherever she went.

What is the significance of Edisto as a place where you guys regularly vacationed?

Mrs. Snelgrove started vacationing in Edisto when she was a teenager and wanted to share the experience with her family. She started taking Leigh there when she was only six weeks old, and Leigh never fell out of love with it. She felt most at home there and enjoyed exploring Botany Bay and taking her family on nature hikes where she could tell them about all the plants and animals.

What advice do you think she would give you today? What about current Magnet students?

To her colleagues and students, she would tell them to accept what they’ve been given and to suck it up. Teaching is a job that has to get done, and students must learn- no one says you have to like it. Tolerant until a certain point, she had no sympathy for negligent teachers and lackadaisical workers.

To her parents, she would remind them that the world doesn’t center around them and suggest they figure out what they can do for someone else. She believed strongly in the impact of helping others, a value instilled in her by her family, so she reminded them of their virtue when she deemed it necessary.

Why did she want to be a tree?

By spreading someone’s ashes over a tree, not only are you giving back to the environment in a way, but it’s as if you’re living on just inhaling and filtering out the bad stuff, leaving only the good behind. Trees do this by absorbing CO2 and releasing oxygen, but Leigh did it throughout her teaching career, instilling adolescents with knowledge and confidence. Some of her ashes were spread in the Snelgrove’s yard at the base of a Camelia, with others spread in a gardenia planted by her great-great-grandparents.

AMHS graduating class of 2020 student Lauren Osborne told me about a time when Ms. Snelgrove brought Chick-fil-a for all of her students before their AP exams. She gave Lauren a contain of fruit, remembering that she couldn’t eat gluten, and told her that she knew she would not yet have eaten and that she needed the fuel. Bonding over their favorite kinds of teas on the regular, Lauren gifted her home made honey spoons one day and received the most sincere hug and smile. That night, Ms. Snelgrove sent her an email expressing her love for them as she had already begun using them. Today, Lauren thinks of her with every cup of tea she drinks.

Brendan Keller, another member of the class of 2020, told me, “Something I really admired about Mrs. Snelgrove was that she always put her students first. If we were having a slow morning, she would brew coffee for us and ask us how we were doing. Beyond that, she always held us accountable. When she came into our AP Biology class, not a single minute was wasted. I could tell that she genuinely cared about all of her students, whether it surrounded their success in class or their well-being outside of it. Even though I only knew Mrs. Snelgrove for half a year, she made an immeasurable impact on my high school experience. Thanks to her, biology went from a subject that I dreaded to a one that I loved.”

Leigh Snelgrove had an immeasurable impact on the Academic Magnet community, and continues to touch the lives of everyone lucky enough to have known her. Today, the Leigh Snelgrove Memorial Scholarship awards a graduating senior who best exemplifies “the spirit, passion and character of Leigh Snelgrove” a scholarship for the approaching academic year. You can access the criteria and award details here: LSMS

Ich Unterrichte Immer Noch is German for “I am still teaching.” A gifted teacher, she taught people more than just biology: she instilled others with compassion, discipline, generosity, and the list continues.