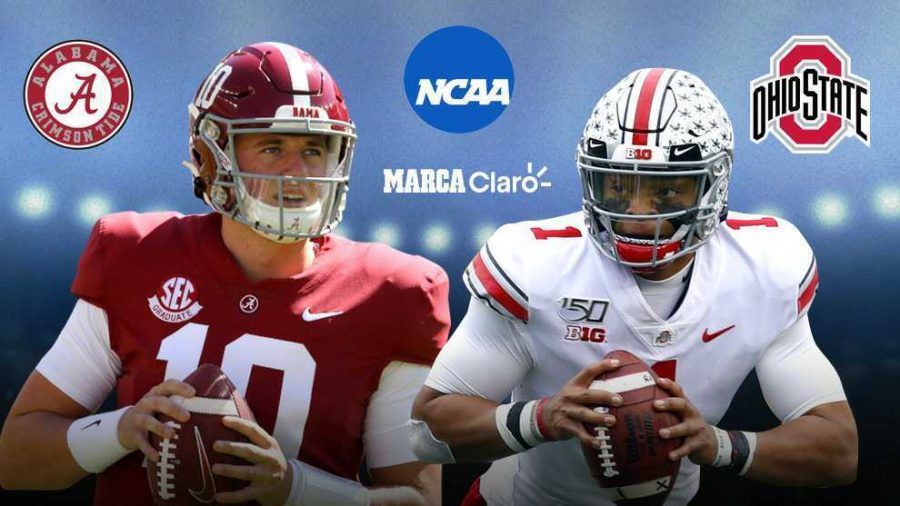 This football season at both the professional and collegiate levels have had no shortage of excitement and craziness. When the 2020 season started off, many teams were either infected with COVID-19 or had players and staff that were wary. These concerns did not take away from the season much but some college conferences including the Big-12 decided to postpone their start of the season. The NFL, on the other hand, had minimal games cancelled because of the virus and these games only included a handful of pre-season games that had little effect on the season anyway.

The season itself was great for many teams. Starting with the NCAA, teams including Alabama, Ohio State, Clemson, and Notre Dame all prospered as they filled the top 4 spots in the rankings. The obvious candidate for the best team that did not qualify for the playoffs was the Georgia Bulldogs. Despite their rocky start in the beginning of the season with quarterback issues involving former third-string Stetson Bennett, Georgia recovered in the latter half of the season when J.T. Daniels stepped up and took the role. He led the Dawgs to a strong end of the season which qualified them for a bowl game against Cincinnati in which Georgia won 24-21.

All jokes aside, the obvious standout team this year was Alabama. They dominated all of the 13 games they played and ended with a 13-0 record. They ended up crushing Notre Dame in the semifinals of the college football playoff and beating the also undefeated Ohio State in the championship game. They had stars all across the board including offensive threats like Mac Jones, Najee Harris, and Devonta Smith. In the championship game, Mac Jones went 36-45 completions and ended with 5 touchdowns. Devonta Smith and Najee Harris both ended the game with 3 touchdowns each. The Crimson Tide now has 18 national championship titles to their name and show no sign of slowing down as their recruiting game seems to be getting better and better each year.

Some may be wondering: exactly how did Clemson fall to Ohio State in the semi-final? That question has been looming over the football program ever since December and it really doesn’t make much sense. Ohio State played 6 games before Clemson this year, and although they won all 6 of them, the games were pretty much all cupcakes. Beating all expectations of the game, Ohio State QB Justin Fields dominated Clemson QB Trevor Lawrence in almost all aspects of the game. Fields ended with 385 passing yards and topped it off with 6 touchdown passes. Trevor Lawrence had 3 fumbles, in which one of them he lost to the Ohio State defense. All in all, the Buckeyes simply played a better game that night, and definitely deserved to win it.

Although the NFL season is not over just yet, we’ve already seen enough excitement for us to call it already. Monster frontrunner teams with huge talent include the Buffalo Bills, Kansas City Chiefs, Green Bay Packers, Seattle Seahawks, and the New Orleans Saints. Although the two top teams at the moment are the Chiefs and the Packers, all of these teams have a shot at winning it all. The standout team of the season has to be the Packers. Compared to the previous season, they seemingly have improved to be a true frontrunner. Although they had the same record going into the playoffs (13-3 both years), the talent they possess has definitely stepped up. Their quarterback Aaron Rodgers, who is the likely MVP for this season has had a blockbuster year and definitely has the potential to lead the Packers all the way.

The other likely favorite for the super bowl this year are, of course, the Kansas City Chiefs. Patrick Mahomes is having another fantastic season and they also have huge talent including Travis Kelce, Tyreek Hill, Clyde Edwards-Helaire, the list goes on. They ended off the season with a 14-2 record, only losing to the Raiders early on and the Chargers. The Chiefs got a bye in the wild cardround of the playoffs, but they do have to face a tough Cleveland Browns team in the divisional round which also has loads of talent including Baker Mayfield, Nick Chubb, and Odell Beckham Jr.

The teams that have progressed to the divisional round so far are the Packers, Rams, Bills, Ravens, Chiefs, Browns, Buccaneers, and the Saints. My top 3 underdog teams that I think have the best shot of winning it all this year are the Bills, Rams, or the Browns. Josh Allen has been lights out for the Bills and they overall have a great team. The Rams have been solid this year and I think it might take some luck, but Jared Goff has the potential to pull through in the conference championship if they can just get through the Packers. Lastly, the Browns. They have such a team of underrated superstars and definitely qualify as a top-tier team.