The Cult of Trump

When will we learn? 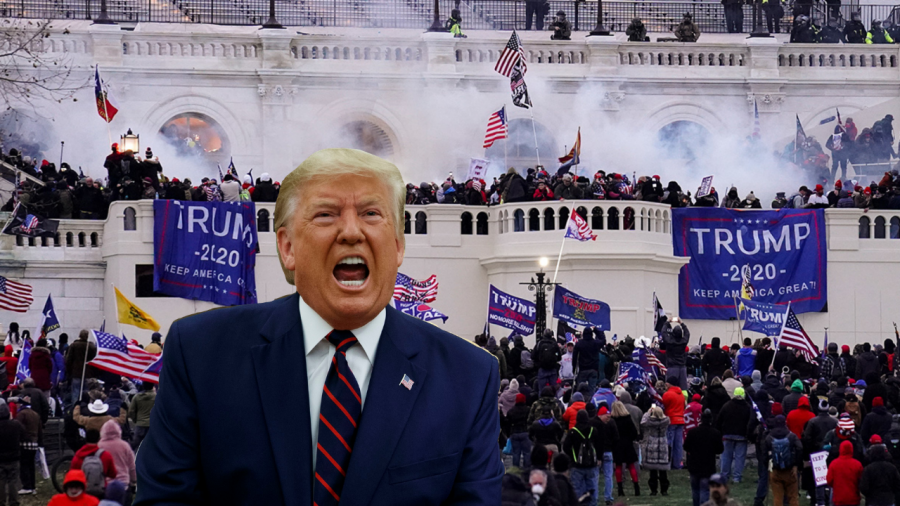 45th President of the United States, Donald Trump, has amassed a following of ardent supporters with his blunt rhetoric, traditional conservative values, and lack of political experience (everyone loves a businessman). However, it is becoming increasingly apparent that Trump’s most adamant fans are like no other. With bold flags, bright red hats, and a famous slogan that leaves the mouth of nearly every admirer, “Make America great again!”, the Trump craze has surpassed the campaigning of nearly every other political candidate. But is this rampant support typical of well-loved politicians or are many Americans feeding into Trump’s cult of personality?

The term “cult of personality” is defined as “when a country’s regime – or, more rarely, an individual – uses the techniques of mass media, propaganda, the big lie, spectacle, the arts, patriotism, and government-organized demonstrations and rallies to create an idealized, heroic, and worshipful image of a leader, often through unquestioning flattery and praise.” It gained popularity with Joseph Stalin in the early 1900’s when the Soviet Union presented the leader as “all-knowing” and “all-powerful” by plastering his name and image all throughout the country. With the recent events at the US Capitol, the blinded admiration and obedience of dedicated “Trump 2020-ers” is being called into question.

It’s no secret that Donald Trump is one of the most enthusiastically backed presidents of all time… by his own supporters. Driving through the suburban neighborhoods of Charleston, SC it’s almost a guarantee that you’ll see a “TRUMP” flag at full mast on a metal flagpole or a MAGA hat on your local dog walker. If we take a look at historical leaders and their ascent into dictators, this display of propaganda and outbreak of blinded supporters is concerning.

A well known figure whose political career skyrocketed with this specialized personality manipulation, next to Stalin, was Adolf Hitler in 1933 when he rose to power as Chancellor of Germany. With charisma and overt narcissism, Hitler convinced the masses to personify him as a hero who could save the state of the nation… sound familiar?

The key points of these cults of personality are the unwavering agreeability and ignorance towards misinformation. Following the most recent election of Joe Biden, claims of voter fraud and a “rigged election” ran rampant on social media. Despite all claims being disproven and the election being verified by congress, hundreds of Trump supporters stormed the Capitol to defend their leader and his nonexistent victory. When too much power and trust is placed in the hands of one individual, people become blinded to facts and reality.

Now, I should clarify that I don’t believe that everyone who tolerates the twice impeached president is putty in the hands of a cult, but the select few who are, challenge the democracy of our nation. In my opinion, the president shouldn’t have a fan club of blindly supporting followers, but rather be analyzed and critiqued or appreciated by both sides of the political spectrum. There is always room for improvement in our government system, and trusting that one person can and should do anything to “save” the state of the union is unwise and unsafe.

All this to say, politicians are human. And humans are the most destructive species on earth. So let’s be wise in who we allow to destroy us.