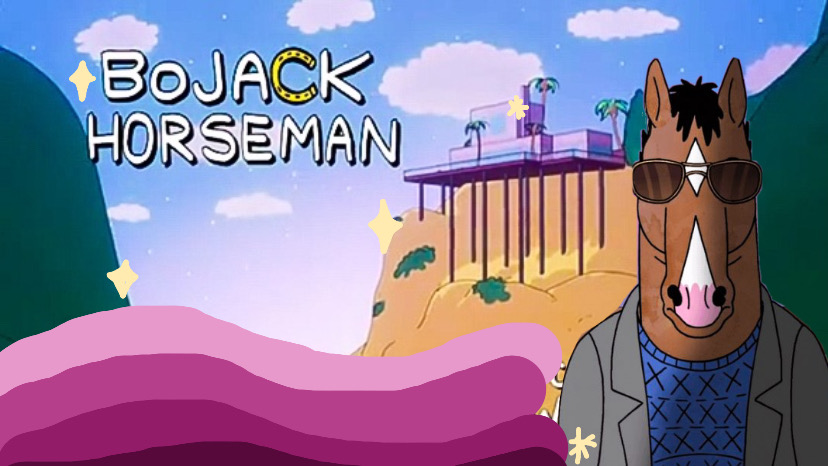 More so than ever we have all been overconsuming media, especially TV shows on Netflix and Hulu. Perusing these streaming services can either result in finding the best shows and movies you’ve ever seen or the worst. It’s easy to get into shows that you’ve heard about before, which in this case would be BoJack Horseman. I first heard about this gem through my older sister and then Talon staff member, Sophia Martuscello reintroduced it to me. Not only is it an easy show to follow and understand, but it is also incredibly funny and an adult animation that caters to those of us who have darker senses of humor. 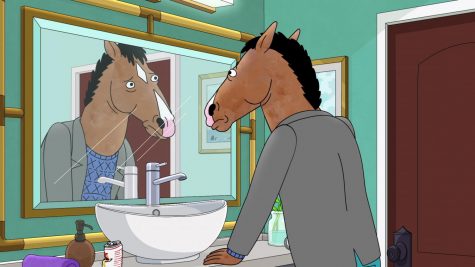 The plot essentially follows the life of run-down celebrity BoJack Horseman after years of success on the family show, Horsin’ Around. On the outside, it appears that BoJack is living a successful life considering the fact that he lives in a beautiful modern mansion in Los Angeles, California that overlooks the city, but there’s more than meets the eye. Negative comments, severe alcoholism, and occasional drug abuse reveal that BoJack is in fact miserable with his life, which is only the beginning to tackling a multitude of mental health-related issues and other sensitive subjects in this series. 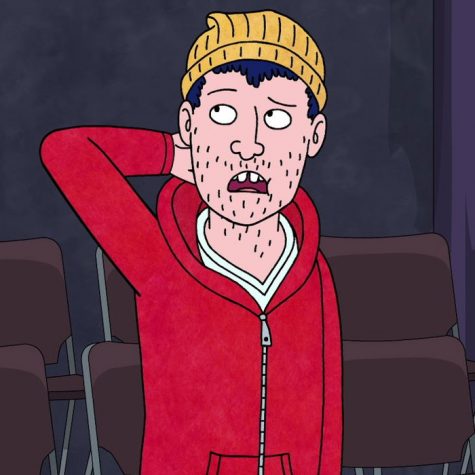 Each character in BoJack Horseman has unique traits that parallel stereotypes of LA. There’s Todd Chavez, a young adult who appears to be one of the “lazy stoners” who has probably fried all his brain cells from smoking too much weed, which is evident in his low, drawn-out speech. He acts as BoJack’s “roommate,” coming and going as he pleases, but there was never a formal agreement between the two. Todd just showed up at BoJack’s place for a party and since then he’s been staying there. Todd always seems to come out successful despite his low efforts to achieve his goals. This guy will always have a special place in my heart, likely due to the fact that you can never expect what he will bring to the table. 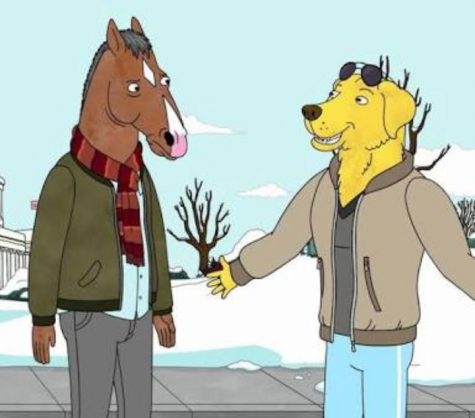 Mr. Peanut Butter is the overly energetic and optimistic golden retriever that always seems to be lingering around. BoJack absolutely loathes this guy, but Mr. Peanut Butter chooses to ignore his snide comments and act like he’s BoJack’s best friend, which only further annoys him. They have a special relationship that I still haven’t figured out; it’s surely a juxtaposition if I’ve ever seen one. He exhibits the stereotypical qualities of a golden retriever by clinging to anyone and using the overabundance of energy that he always seems to have. There are very few moments when Mr. Peanut Butter is caught sad, which goes to show that this guy has amazing mental health and I’m envious of his ability to look positively at every situation.

Princess Carolyn, BoJack’s PR Agent and ex-lover, is a pink cat that is always on top of her -ish. She can be both professional and casual and is never afraid to serve it to you straight. Princess Carolyn parallels the work junkies of LA who are too caught up in their work-life to focus on themselves and the people they care about. Even though it’s a great quality to have, overworking yourself and striving to achieve the highest achievements can leave you burnt out which becomes evident as the series continues to follow Princess Carolyn’s life. Despite the lover’s quarrel that occurred between herself and BoJack, she continues to manage his career while maintaining a relatively professional relationship. She is nothing but honest with BoJack and probably more critical of him since their breakup, however, her criticisms allow BoJack to see that he has more problems than he is willing to accept. 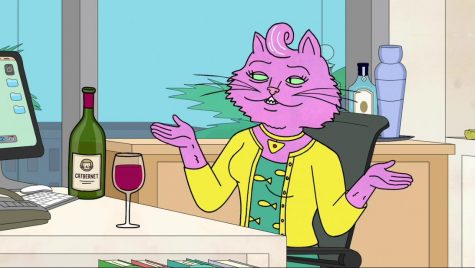 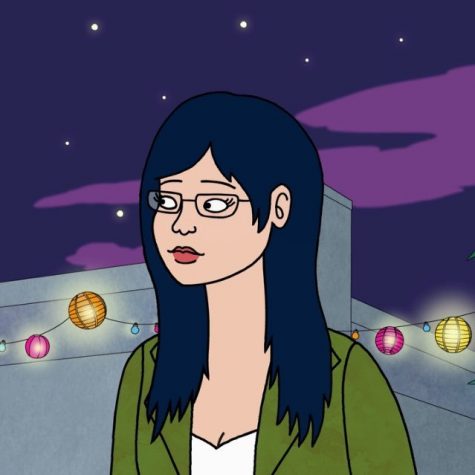 One of the last and my personal least favorite characters is Miss Diane Ngyuen, the boring and typical “nerdy” girl. She is introduced to the show as the writer for BoJack Horseman’s new book in which she must break the hard exterior of BoJack in order to gain insight into his past and write a biography that perfectly encapsulates the good and bad aspects of his life to create a well-rounded story. She’s also Mr. Peanut Butter’s newest girlfriend which leaves us all wondering if I’m being honest. Diane comes across as harsh and “in her head” when met with confrontation which is one of the reasons I don’t like her. She lacks basic consideration of others when she is experiencing troubles which only come across as selfish. That’s just me though, I’ll leave you to form your own opinions.

Now that I’ve introduced the characters I would like to briefly explain the nuance of this show, because, yes, I really do think it is that good. First of all, the introduction and closing are fantastic pieces of art. In the introduction plays “BoJack’s Theme” by Patrick Carney, a member of the Black Keys. If you like the Black Keys or are at least familiar with their music it’s not hard to tell that this song was written by one of the members. The eclectic guitar and synthesizes make this an absolute tune. Visually, the introduction is beautiful and reflects feeling disconnected from life, just watching it occur without concern for any of it, something we have all felt at one point or another. The outro is absolutely iconic. Written and performed by Grouplove is “Back in the 90s.” It’s a short and fun tune that uses an acoustic guitar which is now permanently etched into my mind. There are so many instances in which the show satirizes today’s society and provides a commentary on subjects such as abortion and poverty. Just about everything in this series is laced with sarcasm, making it hard to distinguish the seriousness of the show; however, that goes to show that perhaps the show shouldn’t be taken too seriously, the best part of it all.

There are far too many facets of this show to explain, some of which I can’t even put into words, so with that being said I leave you to make the leap of faith and watch BoJack Horseman, basking in its glory to see for yourself. You will not be disappointed.