The State of Movie Production During Coronavirus 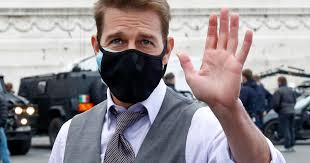 In a new viral leaked audio, Tom Cruise was shown to be yelling at workers on set in the production of the new Mission Impossible 7. Why? In the video, he is angry about the workers not following protocol for Covid-19 and essentially was saying that if they keep up with the misconduct, they will be fired immediately. Despite his being rude to his workers, it is definitely justifiable why he might be so upset about this incident. His movie production could be shut down due to violations and it is also true that if the movie set became infected with the virus, it could also be shut down.

Movie productions have a lot on the line when it comes to following guidelines for the coronavirus when it comes to time and money. Universal spent over 6 million dollars on Covid-19 safety protocols which included tests and quarantining the entire staff of the production for months. In short, it is very important for these productions to stay covid-free which justifies Cruise’s rant.

Another problem in the industry as a whole is that many workers don’t have jobs. Since movie productions need a fair number of people to produce films, the process of quarantining everyone on set is extremely tedious and expensive. Hundreds of thousands of people have lost their jobs in movie productions and those who are lucky enough to be on set during a time like this need to take it seriously and follow guidelines to ensure that they can stay there.

Although movie theaters are back open again in some areas, I am not sure if this is a good or bad thing for the industry. The quick opening in theaters may generate some revenue, but there is still uncertainty for the majority of people who are still concerned about the pandemic whether they will attend or not, especially considering the fact that many movies are now premiering online.

There are also many financial problems for the industry as a whole. Although this was much earlier in the year, China’s box office generated less than 4 million dollars within the first two months of the pandemic compared to the United States’ more than 2 billion dollars in the first two months of 2019. While the industry has found new ways to push out movies online, there is definitely a big push for movie theaters to reopen so that the industry can build back up to where they once were relating to revenue.