The Science Behind: The Resurgence of Chess 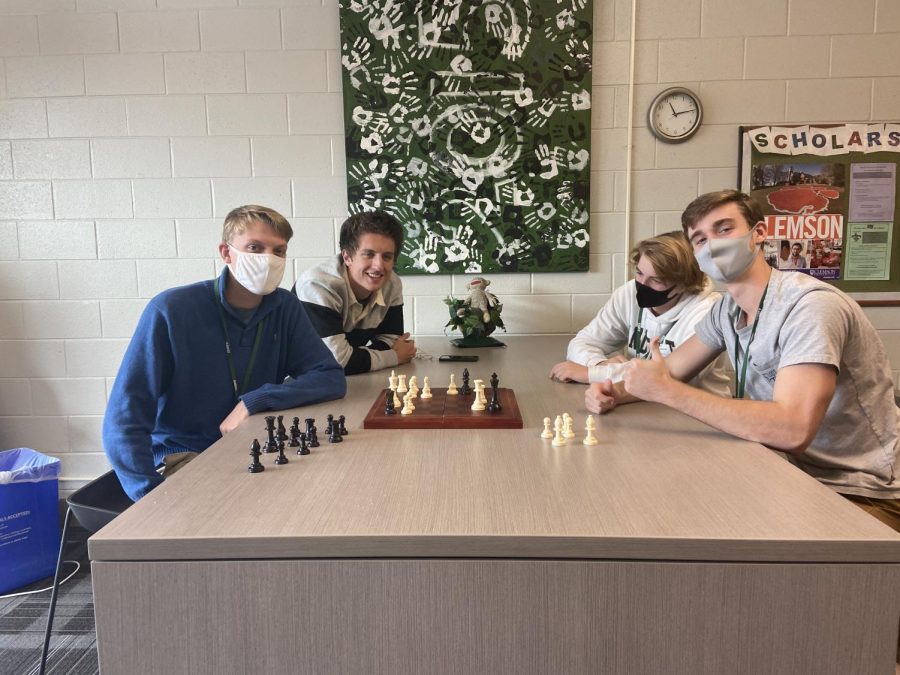 First of all, if you clicked on this article, thank you. Not many people would have been as brave and daring as you. You are probably 1 of maybe 4 people so congratulations, you’re special. I know this article may not be about the most seemingly interesting subject matter but in my opinion that’s just what society wants you to think. It wants you to think as the media so often portrays that chess is for school chess clubs, geeks, Russians, and old people in the park. And it is but it’s also for everyone else. Chess is about a lot more than strategy and intuition. It actually says quite a bit about society. If you look closely, in the last few months chess has been an example of mob mentality and the influence of the media.

Before the release of the show, sales were already up 60% compared to last year

A chess board has appeared in the senior lounge

The dramatic rise in the interest of chess has been rampant throughout Academic Magnet as well. Personally, after watching The Queen’s Gambit I started to play chess online during school to pass the time. I noticed almost immediately that other people were doing the same as me and even started to play games with my classmates. Sometime over the past few weeks, it was no surprise to me that a chess set appeared in the senior lounge and it was announced that the chess club was hosting an open chess tournament.

I got the chance to sit down with Mr. Garris, the sponsor of the chess club, and talk to him a bit about what he’s noticed. He said that he had observed an increase in participation in the AMHS chess club and in the wider world of chess. He attributed this to four things: the aesthetics, chess imagery, audiences, and simplicity. He claimed that chess has always appealed to people because of the physical beauty of the pieces and the attraction to the idea of playing such a cerebral game that is associated with cunning and intelligence. This adds up considering chess has been played for nearly 1500 years. He also brought up the idea of chess imagery. He noted that the idea of chess has evolved beyond the game itself and become a symbol for mystery and strategy. For example, the cover Stephanie Myer’s Breaking Dawn, the forth book in the Twilight saga, is an image of a chess set with a white queen and a red pawn. Of course, the teenage vampire werewolf book series has nothing to do with chess. However, the symbolism of the chess board on the cover is applicable to the characters in the book. With that, he agreed that the release of The Queen’s Gambit prompted the increase in chess interest and added that the inclusion of chess in the Harry Potter and the Sorcerer’s Stone 1997 movie resulted in a similar increase in interest. He also remarked that chess is a game that reaches across all audiences. This is due to the fact that it can be extremely complex but at the same time the basic functions of the game are simple and can be taught to almost anyone. He said that there are of course endless openings and strategies but if someone new walks into chess club he can teach them how to play in 15 minutes. The game at its core is simple which is why it has been able to stay relevant and even gain popularity every so often.

So, it is clear that chess has made a rapid resurgence throughout the United States and even in our own school, but why? Even before The Queen’s Gambit came out in October, chess set sales had been increasing which one can easily attribute to a large part of the population being quarantined and already finished all of the puzzles that they, their family, and their neighbors had. Then of course after the release of The Queen’s Gambit companies saw the sale of chess sets soar exponentially. A few months ago, I watched the documentary The Social Dilemma on Netflix and I find it fascinating that the message it tried to convey relates directly to this situation. The media, especially streaming services and social media, has become such an integral part of our lives that to an extent it controls the likes, dislikes, hobbies, and habits of the American people.