What’s Up With Ms. Hurt’s Classroom?

The real stories behind the stuffed animals that rule Ms. Hurt's classroom. 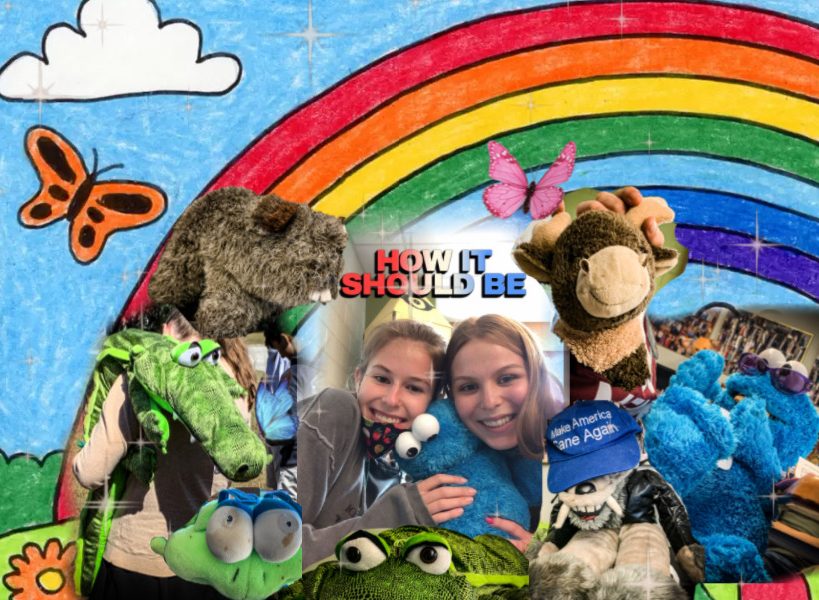 As a two-year student of the one and only Ms. Carol Hurt, I have acquired a deep attachment and knowledge for her classes. The biggest distinguishment of this class is the entire back wall which is heavily supplied with stuffed animals. If you’re like me, you often lose focus on lectures and pay attention to something of more importance (at least in your opinion). Whether it’s posters or in this case, stuffed animals, there’s always something more intriguing than hearing how to write a research paper as if it hasn’t been drilled into your mind since middle school. I often ponder the original owners and their history with these stuffed animals considering the fact that they were almost all gifted to Ms. Hurt. Now with a deep familiarity and passion for the bizarre bunch of stuffed animals in her room, I believe that I must be the one to tell the personal stories of these deeply beloved creatures.

BoBo is one of the greatest veterans in Ms. Hurt’s room. He’s tackled every obstacle that comes his way, and despite this, he always manages to have an optimistic attitude. It’s evident from his wounds, but BoBo fought as a soldier during Desert Storm and dedicated himself to the Marine life. He was top of his rank and kept his fellow troops in line through the chaos, making himself known as a true and disciplined Marine. After returning back home, BoBo sought out treatment for his physical and mental wounds from the war. After fully recovering, he was awarded with a Badge of Honor for his patriotism and sacrifice during Desert Storm. He proudly wears this badges every day to remind not only himself, but others of the sacrifices that veterans make in order to protect their country. The war inspired him to create a group dedicated to veterans and treating their mental health, which BoBo struggled with a lot following his return home. Just by looking at this guy you can tell he wears an invisible armor that keeps him strong, but deep down he has a huge heart that cares deeply. 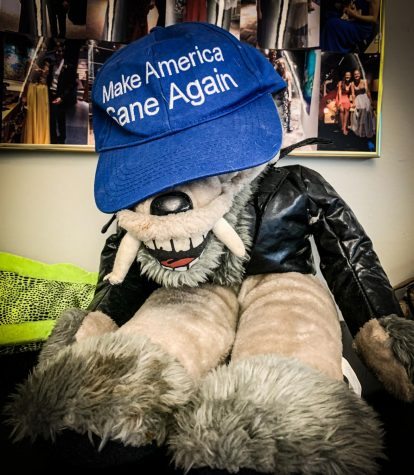 Amos
Growing up in an Amish household wasn’t easy for our beloved Amos. His parents brought him up in the heavily religious community and anticipated his career as a preacher; however, Amos thought differently of this and made it obvious his distaste for religion early in his life. His blatant disregard for the community made itself apparent in his teenage years when he would commit blasphemy daily and sneak around his basic responsibilities. When he finally turned 18, he left the Amish community and his parents behind in hopes of a new life in Chicago where he could be anyone he wanted to be. After moving, Amos was left with little to live off of and earned a living as a dishwasher at a high-end restaurant. Working this minimum wage job caused him to adopt a careless and slightly reckless attitude towards life in which he began drinking heavily. When he started to pursue a career in tattoo artistry, he felt like he had found his one true purpose on this earth. Though his parents consider him a “burn-out,” Amos has never felt more fulfilled with his new life in Chicago. Though his rugged appearance and nonchalant attitude may rub people the wrong way, this guy is just a super relaxed dude who aspires to enjoy every day as if it is his last. 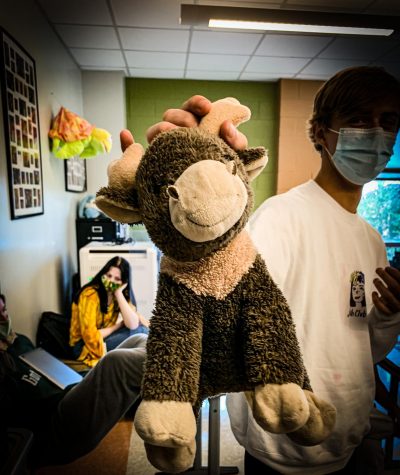 Moose
Moose is the only spiritually enlightened being in this bunch, and it shows. He began his spiritual journey in 2008 in the vast mountainous area of Mongolia. From there he embarked on a pilgrimage to find his true purpose in life, to which he would then meet with the Dalai Lama. This initial journey took 8 months of wandering through the Asian continent. Through sickness and health, cold and warm, Moose discovered the true meaning of life and finally found peace within himself. Upon meeting the Dalai Lama, the two hit it off very easily and discussed the universe, happiness, death, and everything in between. Moose found even more clarity after speaking with the great Dalai Lama, and continues to text and call him for spiritual advice and the occasional golf match. Moose is a huge proponent for meditating, balancing chakras, and exploring the healing powers of crystals. If you ever find yourself in a rut, just snuggle up to Moose and whisper your troubles to him. He will bless you with the guidance you need to overcome your struggles, and he might even slip you a gift card to Dunkin’ Donuts in the name of “self care.” 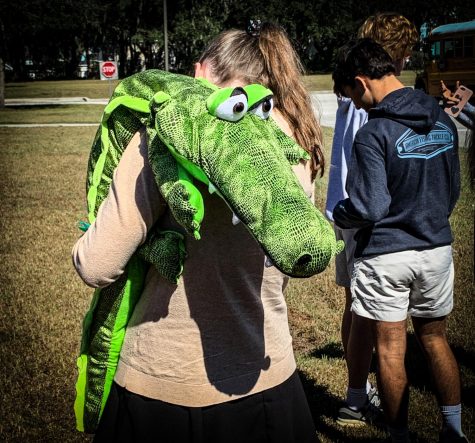 Randall
Bef0re retiring, Randall spent his days as a psychology professor at Rhodes College, making him a true intellectual. He has a humble heart, so his intelligence is only showcased in extreme measures, as he tends to keep to himself. For a while he lived in a remote cabin in the mountains where he would grow his own food and live a truly simple life. He enjoys brewing French Pressed coffee and following along with Bob Ross painting videos (even though he’s not the best painter). His years of experience with psychology have taught him to value the things he enjoys most in life to preserve his mental health. Sequentially, he posts blog posts about mental health on his Tumblr account in hopes of raising awareness and mitigating the stigma around mental illnesses. Randall is a wholesome creature who radiates love and embraces the simple things in life, and he highly advises that you do the same. 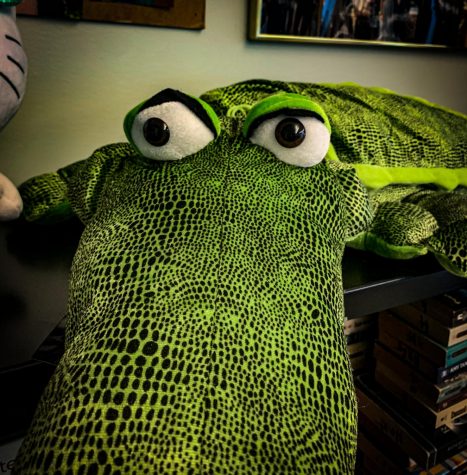 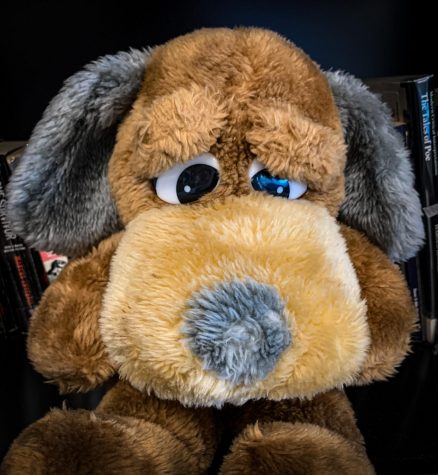 Named after the renowned Arte Fact of the Curio Shop on Webkinz, this guy is a sucker for history and can recall just about every event that shaped modern-day Europe. He is quite knowledgeable in other fields, but he is typically known for his mastery of historical events. He doesn’t do much other than reading and napping, and not to mention, he snores incredibly loud. In a way, Arte reminds me of a grandpa in the way that he can be boring, but you know he holds a lot of wisdom and knowledge in that brain of his.
Kory
Kory, what a guy. There’s only one way to describe this one, and that’s eclectic. He has so many facets to his personality and there is not a single umbrella term for any of them. Everyone loves Kory, likely due to the diversity in his personality and his interests. He really enjoys reggae music, but he can always get down to classic 80s rock. He remains a mystery to most people because he is so quiet and when he does speak, he mentions nothing about himself. Despite his silence, Kory has the ability to make anyone feel comfortable when they hang out with him. He just has a relaxing vibe, ya know? 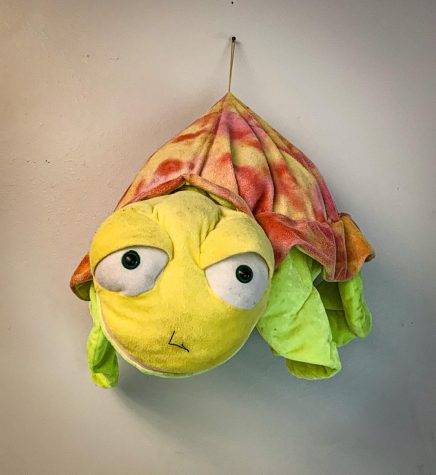 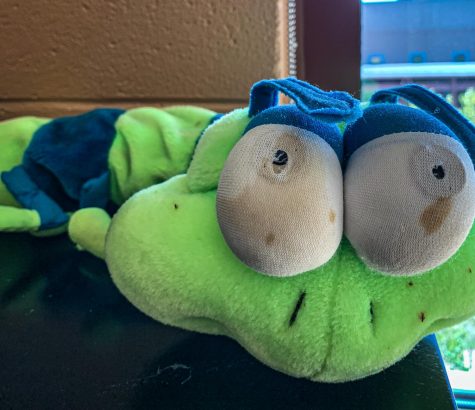 Beetlejuice has lived a long life that just does not seem to end. From the start of his life, he’s been met with challenges that never seem to go away. When he was just a youngster, his mother was swept up by a hawk and he was left to fend for himself and his younger siblings. If growing up wasn’t hard enough, Beetlejuice was drafted for war, where his fellow troops coined the nickname ‘Beetlejuice’ back in ‘Nam. His time in Vietnam was filled with loss and the occasional battle for a cigarette with his mates. As evident in the photograph of the beautiful creature, he lost both his eyes during the war and remained conscious the entire time. Without the reliability of his eyesight, Beetlejuice retired back to the States and checked himself into a rehabilitation center in hopes of recovering from the physical and mental damage done to him overseas. He managed to get through rehab without any problems and left years after checking in. Now he resides near the windows of Ms. Hurt’s room, basking in the sunlight of North Charleston. Even though he wishes every breath was his last, he finds the slightest comfort among Magnet students and their chaotic lives. 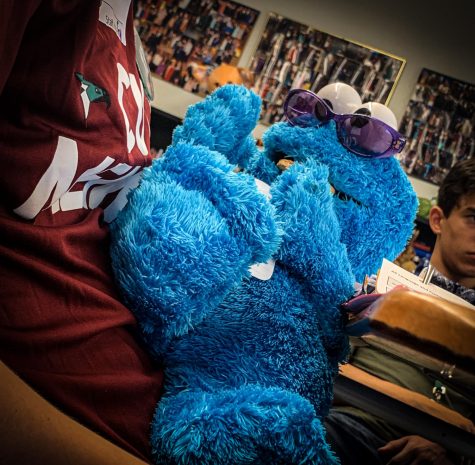 DJ
It would be an understatement to say that DJ has been around the block. With a Leo sun sign, this guy is one of the most unique and bold personalities you will ever come across. He gained an understanding of how the world worked from a young age when his father lost a job during the 2008 recession. DJ was just about to start his own journey when his family was struck with the financial crisis that followed 2008, setting him back so that he was could help out with his family. He began to put his sociable personality to good use and met strangers through various pursuits. One night he had a dream that he was a famous rapper, and that kickstarted his passion for music and music production. With a goal in mind, DJ started releasing his own music on Soundcloud and slowly gained popularity. Still aiding his family, DJ continued to meet more people until eventually, he had a connection to a music producer. After being denied by the producer, DJ lost all hope in his music career and spiraled into a depression. This stage in his life inspired him to create more music to cope, and from this, he created the songs that would get him famous. His music resembled that of a love child between Lil Peep and DaBaby, which created hysteria among the rap crowd considering the nuance of his music. With such a unique sound, DJ profited off of this and lived out his life to his highest potential, and he continues to stunt on the crowds to this day. 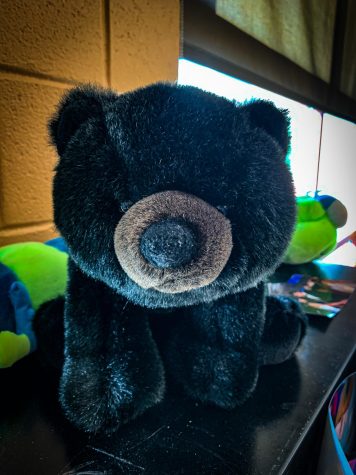 Would it really been an English class if one of the stuffed animals wasn’t named after a famous author? Gertrude Stein (the bear) isn’t nearly as talented as the actual author, Gertrude Stein, but he likes to think that he is. This bear has one of the biggest egos I’ve ever witnessed, giving me mixed feelings about this outwardly adorable bear. Gertrude considers himself a poet and can often be found working on one of his many poems, however, none of them seem to be that good despite the effort that goes into making them. Right off the bat, this guy comes across as pretentious and competes with the other stuffed animals daily, even though none of them actually care. If it wasn’t for Gertrude’s ideal (and uneventful) upbringing, I’m sure there would be something more interesting about him.
Delete Image
Align Left
Align Center
Align Right
Align Left
Align Center
Delete Heading