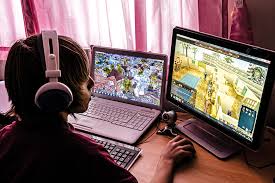 Best Computer Games to Help You Procrastinate During School

Disclaimer: Most of these games are blocked by the school and require a VPN to surpass.

Although we expect this game to cause some unrest in the community, we had to say it. Snake is a game that everyone can play at any time and always go back to. Although the game itself is never fun to play for an extended period of time, Snake is separated from the crowd. The easy access and the short-term fun that can be utilized within breaks in class that are as low as 30 seconds.

Downloadable in the app store, Flappy Golf is an absolute classic. Having the ability to play on the Mac, IOS, and Android, flappy golf is fully accessible and is a great competitive game amongst friends that has time-wasting capabilities. Along with this, flappy golf is just a fantastic game because of the simple concept but it is also competitive and skill-based when you and your friends start to get better at it. One thing to note is that it is easy to hide your game if it is on a computer, but if you are playing IOS, watch out because it is easy for teachers to spot you frantically mashing both sides of the screen with your thumbs.

Although this game has already had it’s time in the spotlight, the legacy that has been and still is going great is insurmountable. Shell shockers in the old days had 3 classes of guns and was just a simple and fantastic game. Nowadays, we are not sure as much, but we are still confident that the game has lived up to its past glory.

WarBrokers is arguably the best first person shooter game that you can play online for free at school. This game has three modes, Classic, Battle Royale, and Competitive. The Battle Royale mode is just as it sounds where 60 people are placed in a survey and they fight until one is left. The Classic mode has Team Deathmatch, Missile Launch, Capture Points, Vehicle Escort, and Bomb Disposal that the 16 player server votes on before each match. Competitive mode is a 2v2. Kind of like a mix of Roblox and Call of Duty, you can’t go wrong with WarBrokers.

Downloadable on the app store, Head Basketball features a variety of game modes to choose from so you will never get bored. The game modes are different types of 1 vs 1 where you try to hit the basketball in the goal. Through beating your opponents, you can level up, unlock new characters and earn new power ups to dominate the hardest players in the game.

If you like playing Texas Holdem, you will definitely love this game. In our opinion, this game has the best design out of all the poker games. There is even a campaign mode where you try to become the “Big Stack Bully” and take over the small western town.

Although Happy Wheels was a phenomenon of a time many years ago, it is another game that can be played for a good bit of fun but mainly for nostalgia. Run after run of making your character experience great pain and suffering is just so satisfying for some reason.

We hate to put a game with the legacy of Minecraft as low as we did on this list, but the problem is accessibility and time. All of the games on our list have the capabilities to be played for short periods of time. Also, most of the games have easy access at school. Minecraft is a great game and can be played at school but we would recommend that it only be played in a computer lab during a major break or maybe on the IPhone.

While Minesweeper is a game similar to that of Snake where it is simply played on the browser, it is a game that never really had time in the spotlight for students at AMHS. There have been periods where the game has been fun, but it is just a game where many grind for a day or two then hop off.

Although these games are top tier, we have decided to not include these games in the top ten because they are only playable in the computer labs. We highly recommend that you take AP CSP, where you can fully enjoy what these games have to offer.

While Halo should still be downloaded on most of the computers in computer labs, you can download it yourself through a little bit of research. This first person shooter game with a science fiction aspect allows you to explore all the crazy weapons and vehicles from the Covenant (aliens) and the forerunners (futuristic humans) while fighting against your friends in the multiplayer mode.

Another first person shooter game, CS source should also be on the computers in the computer labs. The people in the servers are put into two teams and the objectives are to defuse the bomb, rescue all hostages, or kill the entire opposing team. You can’t go wrong with a classic game of CS Source while you are supposed to be on Code.org.