The Rise of Hyperpop 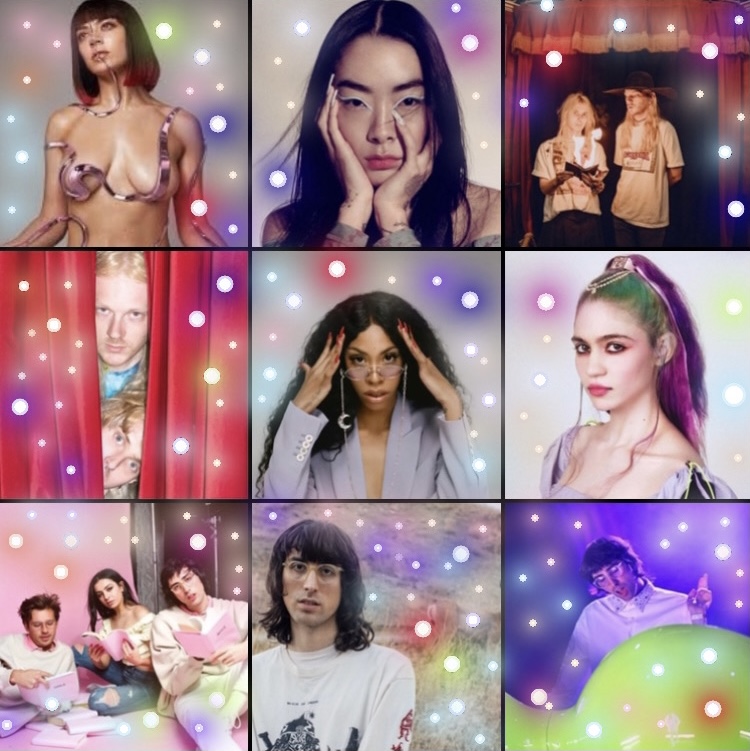 Described as a “genre for the genre-less”, and first named by a curated Spotify playlist back in 2019, hyperpop is probably something you’ve heard of over the past year. A microgenre of music, hyperpop seemed to come out of nowhere and risen to popularity all over social media, with its artists gaining large and ever growing fanbases.

The genre is tough to put into boxes though, being described as sort of a hybrid of pop and EDM music, and taking influences from emo, techno, punk rock, and hip hop. Names you’ve probably heard of from the genre are 100 gecs, Grimes, A.G. Cook, Rico Nasty, and if you’re cool then maybe Rina Sawayama. The genre’s rise to fame wasn’t so much of a random rise but a subtle one that was always in the background of our generation’s heads. Made primarily for and by the “Internet generation” of Gen Z, hyperpop established an aesthetic reminiscent of 2000s Tumblr and a sort of glitch-core vibe that they had going on back then.

With hyperpop, it’s less of a matter of being like “Howdy these songs are great! Everyone should listen!” and more of a “Hmm let me tell you what this is and how I enjoy and if you like, you like, and if you don’t, you don’t”, and I guess the whole genre of hyperpop kinda sticks to the latter idea since it really just is not for everyone. You could almost say that hyperpop is the country music of today, with some super huge avid fans and some big fat haters. The music captures that essence of adding a “-core” at the end of a word to establish something’s vibe, and the genre’s overall accessibility to younger creatives who want to make music  it is easy to connect with and join. The out-there-ness of the genre as a whole also allows for a lot of inclusivity and diversity in its artists as well as its fans, allowing for a lot of representation in communities like for people who are LGBTQ+.

Artists draw inspiration from things starting from 2000s styles and music to random samples of animals making noises to glitching computer screens. The randomness of their music might be just what makes it all the more popular for younger people growing up in this “age of technology”. Not to mention with our ever-shrinking attention spans supposedly due to the amount of time that we spend on social media with apps like Snapchat and TikTok, the genre really allows for people to feel hyper-stimulated, if you will. TikTok is especially a place where hyperpop artists go to find success, with songs like “stupid horse” by 100 gecs and “NEVER MET!” by CMTEN and glitch gum being some of the most recognizable songs from TikTok eras over the last year. Some notable quotes from hyperpop fans include the thought that the music “scratches their brain” in a spot that’s never been scratched before, fully stimulating pretty much every and all parts of their mind in a time where overstimulation kind of makes your whole brain feel like a dummy.

Overall, hyperpop is a genre of music that really doesn’t belong to any certain group of people, but is more of something made to ebb and #flow and just do its own thing until someone decides to put it into any specific box. The moment when you can accurately describe hyperpop will probably be the moment when the genre falls apart. So for now, let’s just let us all as a collective continue to ask ourselves as the pop-to-semi-hyperpop artist, Charli XCX once asked: “what is hyperpop?” and leave it at that.