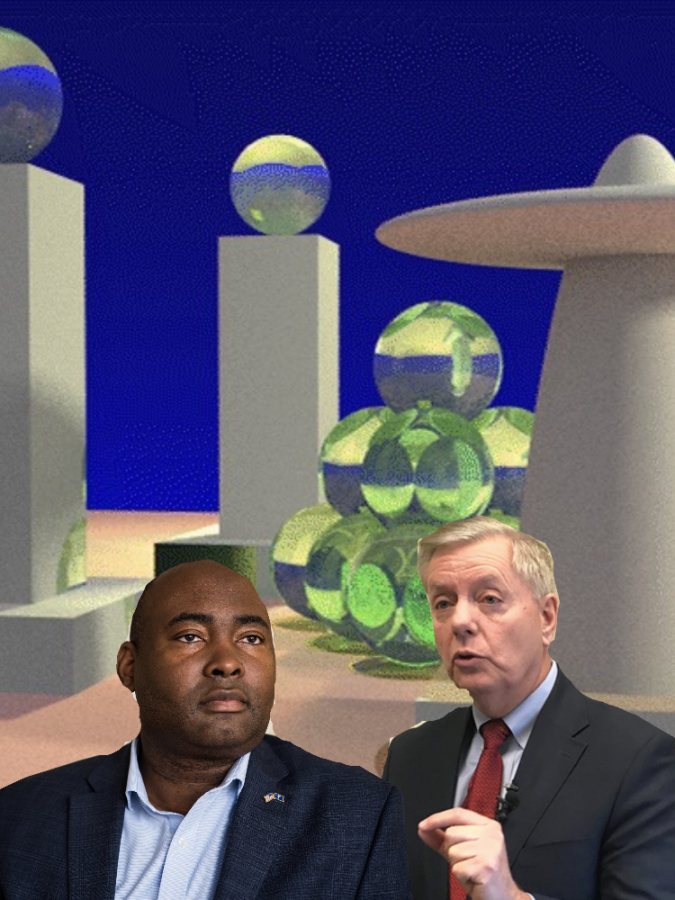 Why is this election significant?

Currently, Republicans hold a 53-47 majority in the Senate, which naturally favors a Republican administration. With South Carolina teetering on the edge between electing a Democrat or a Republican for the Senatorial election, our state has the potential to redirect its historically consistent political affiliation. With Jamie Harrison actively strengthening his foothold among voters, South Carolina may feasibly inaugurate a democratic senator in the 2020 election, for the first time since the 1960s. Political analysts currently theorize that not all Trump supporters in South Carolina will vote within their party lines. Some are on the fence because of Lindsey Graham, who has become one of Trumps’ most vocal congressional allies, despite  his adamant criticisms of Trump during the 2016 presidential election. Gibbs Knotts, a political science professor at the College of Charleston, predicts, “This should be Graham’s most competitive election since his first contest in 2002,” having not yet faced a statically successful opponent prior to Harrison, “But it’s like they’re running a 100-meter dash and Graham is already at the 20-meter mark.” Only time will tell. And your vote, your vote will tell.

While white residents account for 64% of South Carolina’s population, the number of registered non-white voters monumentally surpassed 1 million this year for the first time in the state’s history. That’s big. The increasing diversity in our voter pool could be an explanation for the abnormally close race between bipartisan candidates.

Harrison is 44 years old, born by a single 16-year-old mother. He grew up poor in Orangeburg, South Carolina, tangent to the interstate in a largely neglected area, but went on to study at Yale and then at Georgetown Law School.
Harrison then worked for Jim Clyburn, an influential state democrat who has endorsed presidential candidate Joe Biden. After working for Clyburn, Harrison served as the first black chair of the South Carolina Democratic Party from 2013 to 2017. He currently serves as the associate chair and counsel of the Democratic National Committee.

“I can tell you as a black person in South Carolina whose grandparents grew up through Jim Crow, when you lose the courts and justice no longer becomes just, we’re in a world of trouble. And we are on the verge of that,” Harrison said at his campaign event in Charleston. “And that’s why this election is the most consequential election of our life.”
Harrison frequently discusses South Carolinas crumbling roads, the lack of high-speed internet access, and the four rural SC hospital closures since 2012. He vowed to integrate community service into his campaign with an initiative coined “Harrison Helps”.
“We are trying to be above politics because we have issues here that are not political issues,” he said. “They are issues that Democrats and Republicans, poor and rich, black and white are all struggling with and dealing with on a day to day basis. It’s about doing what is right versus what’s wrong,” he states.
Harrison’s campaign announced that he raised a staggering $10.6 million in August alone – more than Graham raised in April, May and June combined, and more than most previous South Carolina candidates raised throughout their whole campaign.

Graham is aspiring to serve his fourth term representing South Carolina in the U.S. Senate.

Currently 65 years old, Graham graduated from the University of South Carolina, Columbia, and then went to USC’s School of Law.

His mother and father died within 15 months of each other when he was an undergraduate, leading him to help raise his then 13-year-old sister, Darline, whom he later adopted.

Sen. Graham ran for President in 2016 but dropped out on December 21, 2016.
Graham seeks to elevate law and order to the primary issue of the election amid escalating violence in some cities. According to new data, a majority of South Carolina voters agree with him, and 23% even deemed it the most prominent issue in deciding where to cast their vote.
Graham notoriously defended Supreme Court Justice Brett Kavanaugh in his sexual assault investigation regarding the allegation by Dr. Christine Ford.
In response to Jamie Harrisons’ outstanding success in campaign fundraising, Graham has been quoted as asserting: “Where the hell is all this money coming from…? They hate me. This is not about Mr. Harrison. This is about liberals hating my guts because I stood up for [now-Supreme Court Justice Brett] Kavanaugh when they tried to destroy his life. This is about me helping Donald Trump.”
Graham switched his position on offshore drilling when in 2013 he sponsored a bill to permit oil drilling on South Carolina’s coast, but then recently endorsed the Trump administration in banning  such efforts for the next 12 years.
Graham was the primary sponsor of 14 enacted bills. Some of the most recent bills include:

He is the State, Foreign Operations, and Related Programs subcommittee Chair.
He is the Africa and Global Health Policy subcommittee Chair.
He is the Crime and Terrorism subcommittee Chair.
From Jan 2003 to Oct 2020, Graham missed 6.1% (340 of 5,545) of roll call votes, significantly greater than the median of 1.8% among the lifetime records of senators currently serving.
Recently, Graham’s campaign unveiled a new website naming his opponent “Hiding Harrison” while criticizing him for shifting his stance on issues such as single-payer government-funded health care and the Green New Deal.

Absentee/mail-in voting: Any eligible voter may request an absentee ballot for the general election. Return postage for all mailed absentee ballots will be prepaid and the ballots have no witness requirement.
In-person voting: In-person absentee voting was authorized to begin on October 5.