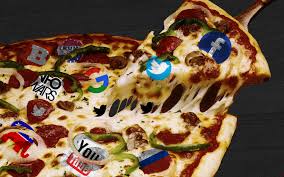 Pizzagate? What’s Pizzagate? Go ahead, give it a Google search and see what comes up. Immediately words like “fake”, “false”, “scandal”, and “debunked” will appear scattered across your computer screen. So maybe you’ll look a bit deeper into the messy conspiracy theory that caused gunfire in Washington D.C. but is widely unheard of. Maybe you’ll just write it off as another crazy pizza-themed conspiracy theory like the one about Chuck E. Cheese. However, if you look closer you will see that this conspiracy theory accused some of America’s most influential celebrities and political figures of running or taking part in an underground pedophilia ring beneath Comet Ping Pong in Washington D.C. Who cares though because it’s debunked right? Or is that what America’s most influential celebrities and political figures want you to believe?

In a series of articles, I am going to walk you through the reportedly fake twists and turns of this conspiracy theory and present the background information, the argument from those who believe in it, and the rebuttal by those who have debunked it. Here’s what happened in at the end of 2016:

Days before the 2016 presidential election the owner of Comet Ping Pong in Northwest Washington D.C., James Alfantis, started to notice a drastic increase in his number of Instagram followers. Within a matter of days, Alfantis and his employees at Comet Ping Pong received hundreds of daunting messages from Twitter, Facebook, and even text messages threatening to harm or even kill him. He learned that all of these people he had never met believed that his restaurant housed an underground child abuse ring led by Hilary Clinton and her campaign chief, John Podesta. Alfantis contacted the FBI and the Washington police department to protect against the abusive threats as well as social media platforms like Instagram, Facebook, Twitter, and Reddit to ask them to remove articles spreading the theory. However, as the social media giants attempted to take down the articles, the information spread globally and became known as #pizzagate on November 7th. Alfantis believed that famous regulars, most notably Tony Podesta, John Podesta’s brother, and his support of Hilary Clinton as a presidential candidate made him a target for criticism by right-wing extremists in the days leading up to the election. He was quoted by the New York Times in late November 2016 describing the onslaught of criticism as “endless”.

In early December 2016, the abusive comments finally became real when Edgar Welsh, 28, drove from Wilmington N.C, to Washington D.C. to investigate for himself if the allegations were true. Welsh entered the restaurant with a gun and told everyone to vacate the building, police blocked off the nearby streets and a helicopter circled overhead. Welsh was armed with a Colt AR-15 assault rifle, a .38-caliber Colt revolver, and a folding knife as he examined the restaurant to see if there were any evidence of sex workers or hidden doors to underground tunnels. Police say he fired his gun 2-3 times, one of which they know was to break the lock on a door that led to a computer room. After 45 minutes, Welsh set his guns down and surrendered peacefully to the police.

Now you are probably saying to yourself that this seems like a closed case. So why am I writing about it? It’s not that deep. It became a Tik Tok trend about a month ago and I got interested in it and watched the elusive documentary that supports the theory. Why is it elusive? It is only on Youtube and it gets taken down and put back up every day, making it hard to find. In the next issue, I will explore what the documentary says and the other evidence supporters of the theory site.