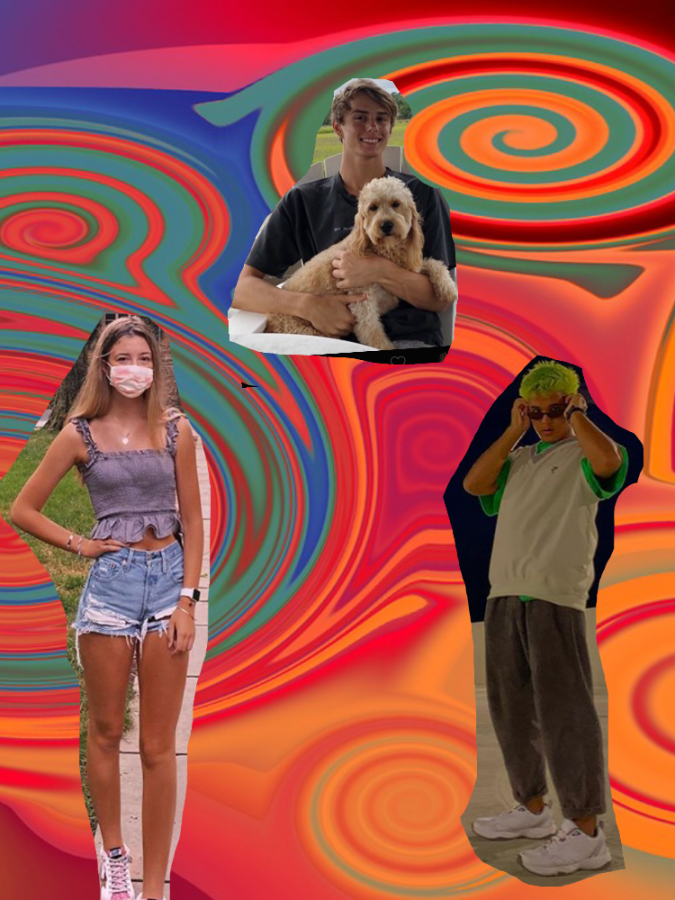 POV: It’s 1 pm on a crisp Sunday morning when your mom shakes you out of your weekend sleep coma: a byproduct of the prior weeks’ signature sleep deprivation. Disoriented and not yet half awake, what feels like a mirage suddenly hits you and brings forth a blurry memory of last night, slowly coming into focus. You’re able to recount the African Safari you embarked upon with the company of Michelle Obama and all three Jonas Brothers. Somehow, the five of you managed to side-saddle a few zebras and dramatically gallop off into the sunset to greet the hot air balloon waiting for you- operated by none other than Dobby (RIP <3). JUST KIDDING, hahaaa you wish you silly goose. Sadly, it was just a dream. Dreams often lack face value due to their unexplainable randomness and the rate at which they fade from your memory. They can leave you contemplating your very existence for hours on end, but that’s what makes them so intriguing. Maybe you don’t dream about zebras and superior house-elves personally, but a lot of people do experience strange scenes during REM sleep, myself included. So, I asked a few of our classmates if they’d share one of their most memorable dreams with me so that I can attempt to analyze them. Keep in mind I am no expert, simply a commentator.

In his dream, Collin, a few of his friends, and a handful of celebrities (adamant fans of his Tik Tok platform) rented a house in Fiji together. On the second night of their stay, everyone wanted to have a night out on the town and hit up a local restaurant or club, but their chaperone had other plans *queue dramatic music. Simone Kavarana (magnet alumni class of 2020) and her dad were on the trip, and as the sole parent present, he used his executive power not to let them go out and party. Naturally, cultural icon Dixie D’Amelio (not magnet alumni) and Collin stepped up immediately to figure out a diversion that would allow them all to go out. Collin took one for the team and made himself throw up so that Mr. Kavarana had to take care of him the whole night, while the others got to explore Figi’s nightlife. Stuck at their rental house, Collin still wanted to go out despite his intentional ailment, so naturally, he then proceeded to go out anyway and threw up everywhere in the process. The last thing he remembers is a mass of people carrying him home.

According to dreamingandsleeping.com, dreaming about vomiting often indicates that you would like to remove something from your life, perhaps negative feelings and thoughts; reflect upon this. Dear Collin, the way you sacrificed yourself for the betterment of others attests to how deeply you care about your friends, but your insistence to go out despite your ailment hints that you resent always taking the fall because you want to have fun too.

When she was eight years old and desperately wanted to get her ears pierced, Whitney had a dream that discouraged her from doing so. Set at a local restaurant in North Carolina, where she lived in this dream state, Whitney is hanging out with the Shirley Temple when an “ear vampire” approached them aggressively. The beast came up to poor, innocent Shirley and ripped her ears right off her head, solely because they were pierced. The ear vampire had a particular prejudice against people whose ears were pierced. In the dream, Whitney had just gotten hers pierced, so filled with panic, she jumped in a car and sped away hastily to avoid having her ears demolished. Unfortunately for her, he chased Whitney around town in a hearse, also known as a coffin car. Poor girl.

Auntyflow.com states that the appearance of strange creatures or monsters in one’s dream can indicate internalized feelings of worry or fear about a particular situation. Whitney, perhaps anxiety regarding the piercing manifested itself into your dream in the form of a sneaky vampire, and him/her/it munching on Shirley’s ears served to antagonize your already present worries. You also may need to reevaluate a potential addiction to Shirley Temple beverages.

In his dream, Mikhael and his dad were pleasantly dining at Waffle House when Mr. Douglass ordered pancakes instead of waffles, which thoroughly confused Mikhael. Frazzled by this atrocity, Mikhael hurried to suggest that the pair walked across the street to Ford’s Theatre, where Abe Lincoln was regretfully shot. Once Mikhael and his dad are seated and watching a play, Mikhaels teeth begin to fall out. All of his larger, more prominent teeth turn vibrant orange, while his less significant teeth, as well as their roots, become a bright baby blue. Confused, Mikhael resolves to leave the theatre, but as he is crossing the street, he is hit by a car.

According to journeyintodreams.com, dreaming about your teeth falling out can indicate prevalent anxiety or a lost sense of independence. Whether you experienced anxiety or powerlessness at that point in your life, it may be worth reevaluating some of your relationships for potential toxicity. As for your father’s choice of breakfast food, I suggest having a real heart to heart with him and being honest about your concerns. And in regards to your extraordinary oral pigmentation, it might be a reflection of your vibrant personality as well as the anxiety attempting to take it away from you; don’t let it!