With the Democratic nomination virtually locked up, who will the former VP pick as his own running mate 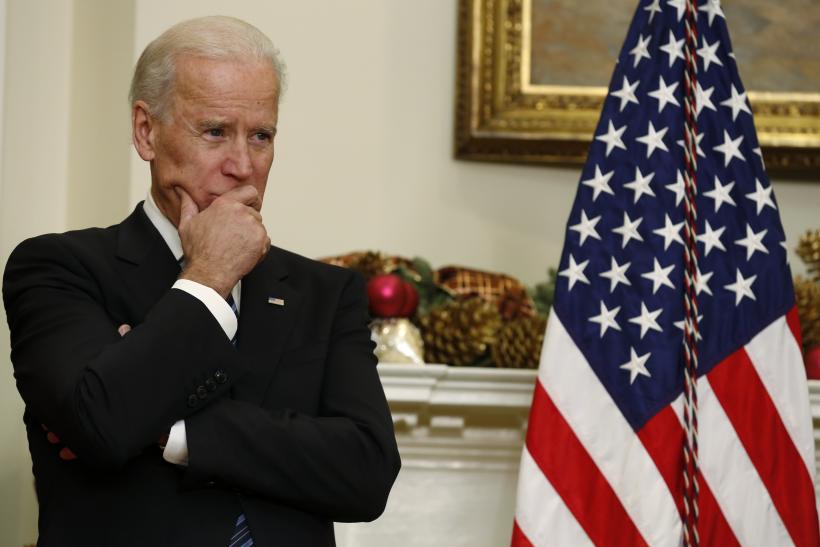 Joe Biden has some thinking to do

When Bernie Sanders dropped out of the presidential race last month, the Democratic nomination was basically locked up for former VP Joe Biden. Biden has already won twenty-three primary races, the first of which was right here in South Carolina. That said, the intrigue is just beginning.

Leading into the Democratic Convention scheduled for this summer, Biden must now focus on the general race and piece together his campaign team and his possible appointees if he is elected. Many believe Biden may name at least a portion of his planned cabinet picks before the election in November, with names like Elizabeth Warren and Pete Buttigieg circulating. Even bigger, he must choose a running mate to serve as the VP candidate on the Democratic ticket and fill the presidency if Biden can’t fulfill the whole term. He has already stated his intentions to choose a female colleague for the position, both due to the incredible group of liberal women in the modern political scene as well as to strengthen his bid in the eyes of moderate suburban female voters that previous candidates have failed to reach.

This is by no means a comprehensive list, but a number of names have come up repeatedly for the spot in recent weeks.

(in no particular order)

Just sixteen months into her term as Michigan’s governor, Whitmer is already a prominent midwestern Democratic figure. Whitmer previously served as a leader in the state senate as well as a county prosecutor, but the governorship marked the beginning of her quick ascent that also included the official party response to the State of the Union Address. However, Governor Whitmer has experienced some recent woes as she leads her state during the COVID-19 pandemic. Thousands of residents descended upon the capitol in Lansing to protest her extension of the state stay-at-home order last month, and she had to cancel contracts to track the spread of the virus after it emerged the firms were aligned with the Democratic Party. The biggest plus for Whitmer is her deep Michigan ties. Trump narrowly carried the state in 2016, and a figure familiar to moderates from Michigan may turn it blue in 2020.

If this name sounds very familiar, you are not alone. Harris ran for the presidential nomination but became the first major candidate to withdraw last December. Of course, Harris had some notable run-ins with Biden on the debate stage, but all is apparently in past as both want to set our nation on the right track. Senator Harris hails from California, where she has also has also served as the state’s Attorney General as well as the District Attorney of San Francisco. Harris’ campaign issues and poor debate performances add some questions to her potential bid, but there’s no doubting her wealth of experience while being more than twenty years younger than Biden. She has quickly become one of the favorites to be Biden’s choice, though she is more liberal than either Whitmer or Biden. One benefit to Harris is the strength of her seat. California is a safe blue state with a Democratic governor, Gavin Newsome, who would name another Democratic to the Senate were Harris to leave for the VP spot.

Warren is another of Biden’s former foes turned friends. Like Harris, the Senator from Massachusetts ran for the Democratic nomination and dropped out earlier this year. While Harris suspended her campaign before primaries began, Warren had some noted struggles in the contest before her own withdrawal. The most notable was a third-place finish in her home state, with just two other active candidates finishing below her. That said, Warren can still be very valuable to the Biden campaign. She has over seven years of Senate experience and another few years of national work with the Consumer Financial Protection Bureau and the Congressional Oversight Panel. Warren is also the most liberal of the contenders for the VP spot, often allying with the more progressive part of the party. Though Massachusetts isn’t overly likely to swing towards the Republicans in the presidential race, Harris has one advantage over Warren. If Warren leaves her seat for the Vice Presidency, Charlie Baker, the Republican governor of Massachusetts, would more than likely appoint a GOP Senator to fill Warren’s seat.

I looked at few names for this forth spot, but ultimately I went with a mix of the first three, on the surface at least. Duckworth is a midwesterner and a senator but may not have the household name of other choices. She is also a veteran, having served as a US Army helicopter pilot in Iraq and losing both of her legs in combat. Duckworth is the only female with a disability and the only Thai-American woman ever elected to the US Senate while also becoming the first sitting Senator to give birth after her second daughter Maile was born in 2018. More than that, between her service and her election to the Senate, Duckworth also accumulated ample experience with the Department of Veterans’ Affairs and in the US House of Representatives. Like Harris, her candidacy may be boosted by the safety of her seat in relatively liberal Illinois. That said, the last Illinois Senator to move to the executive branch, 44th President Barack Obama, saw his seat taken by Republican in the next special election. Interestingly it was that man, Mark Burris, who lost to Duckworth in 2016.

Whoever he picks, Biden will need to show a united front to give the Democrats a shot against the incumbent Trump/Pence ticket in November.