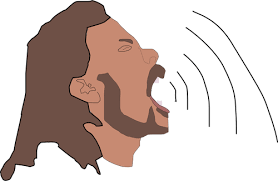 Do you ever find yourself doing impressions of your favorite characters on tv? No? Well, if you watch these shows, you may!

Whether you align with him politically, enjoy his jokes, or simply want to listen to him talk all day, this smooth-talking South African TV host will entice you to try mimicking his short vowel sounds or hard consonants. For more South African accents, try watching the film, Invictus, it’s good too.

Apparently kids have been starting to speak with British accents at home and that’s hilarious to me. British accents are so much fun to mimic. Like, everytime I watch Harry Potter I walk away speaking like him. And sometimes at work, I act British because none of the guests are the wiser and it’s really fun! I like British Accents

Besides the show being more or less good, the main draw from this ABC series was the southern drawl. Most of the characters in the show spoke with a thick southern accent that was very fun to mimic. Personally, I don’t have a southern accent, as I am from the Midwest, but I love faking one, so this show was very good for that. Where it gets confusing is when you see the actors from the show in something else and they don’t have an accent… It’s not the same as seeing someone fake a British accent for some reason, and it will definitely get to you.

OK, this isn’t a TV show, nor is it the entire cast, but don’t even act like you haven’t said, “Look-at me, look-at me. I em de captain now,” before. That accent is so much fun with its linguistic shortcuts and unusual stresses. I often substitute the “th” sound in “the” for a harder “t” or “d” sound to form “Te/De” because it is easier to say and, honestly, more fun. If you haven’t seen this movie, no need, just watch that one clip on YouTube and you’ll definitely get your fill.

Last, but not least in the slightest: this mermaid show is so amusing to listen to that you almost forget about the poor visual effects. From all the “nohr Cleore”s to the “wuhter”s, this accent is fun to listen to and mimic. It isn’t hard to understand, but it’s resemblance to our American English isn’t so clear either… which makes it perfect for getting that “cultured without effort” feel. If you haven’t watched it, I recommend you do: it’s on Netflix and if you don’t have that, you can find full episodes on YouTube.