Who is Jaime Harrison?

Inside the Man Running for US Senate 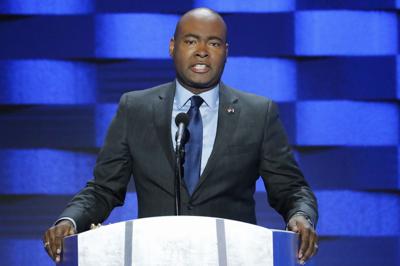 On February 7, 2019, South Carolina got likely its best Democratic US Senate candidate since the late Fritz Hollings retired in 2005. Jaime Harrison, most recently the Chairman of the South Carolina Democratic Party, registered his candidacy. Harrison, an Orangeburg native, is a Yale and Georgetown Law graduate as well as a former staffer for Jim Clyburn.

In 2013, Harrison became the first African American to lead the SC Democratic Party and did so until 2017 when he ran for chair of the Democratic National Committee. Though he ultimately withdrew and endorsed winner Tom Perez among a field that also included Congressman Keith Ellison and future presidential candidate Pete Buttigieg, the race helped boost the national profile for Harrison (as well as Pete). With the race well behind him and a position as the associate chairman and counselor of the DNC, Harrison pivoted towards his present campaign.

It’s important to note that Harrison is not the sole Democrat challenging to face Lindsey Graham in November. Matthew Knights, William Stone, and Justin Wooton are all also registered in the race as Democrats with Gloria Bromell Tinubu having already withdrawn and endorsed Harrison. Tinubu was actually the other most experienced candidate having run for US Congress and SC Lieutenant Governor over the past few years. With her out of the race and supporting Jaime Harrison, the nomination race has become only secondary to the focus on taking down Graham.

For a candidate who has held no elected government positions, Harrison has a plethora of very high-profile endorsements. For those of you that followed the presidential race, the following 2020 candidates have already endorsed Harrison:

Additionally, other prominent politicians like Hillary Clinton and Jim Hodges as well as celebrities like Mark Hamill (Star Wars), Bradley Whitford (The West Wing), and Shonda Rhimes (Scandal and Grey’s Anatomy) have all thrown their support behind the candidate from Orangeburg.

Regardless, there remains a lot of skepticism as to whether Harrison can win the seat in November. Graham is the incumbent having taken over the seat in 2003 from the infamous Strom Thurmond. Though he has recently become a tremendous proponent of Trump, Graham ran for president in 2016 and protested the Republican candidates vigorously during the primary process. Harrison has focused much of his campaign on what he sees as Graham’s indecision and mysterious flips, saying at one point that Graham “epitomizes everything that people hate about politics” and that the seat does not belong to the Senator but rather to the people.

While Harrison does not beat Senator Graham in any early polls that have been released, he is heavily favored to win the Democratic nomination and face Graham on November 8th, when the presidency too will be on the ballot.