I went to the Democratic Town Halls AND Trump Rally: Here’s What Happened… 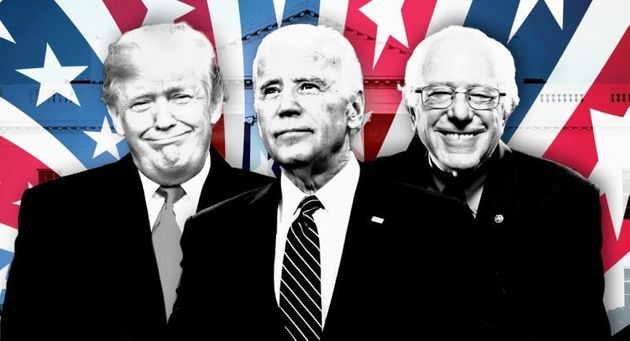 The election descended upon Charleston this past week, as the state prepared for the First in the South Primary. In the end, former Vice President Joe Biden ended up on top with 48% of the popular vote and 39 delegates, followed by Vermont Senator Bernie Sanders with with 20% of the vote and fifteen delegates. Tom Steyer, former Mayor Pete Buttigieg, and Minnesota Senator Amy Klobuchar dropped out of the race after receiving negligible votes with former Mayor Mike Bloomberg and Massachusetts Senator Elizabeth Warren following suit after the Super Tuesday primaries. Hawaii Representative Tulsi Gabbard remains in the race with one delegate to compete with Biden and Sanders for the Democratic nomination to take on President Donald Trump in November.
Democratic Town Halls
This was a super cool night, as I had never been to a national political rally or event before. The town halls were moderated by CNN, as selected members of the audience asked predetermined questions to the candidates in their respective hour to speak. The town halls occurred on Monday and Wednesday, but I was only able to see the Wednesday candidates, Mike Bloomberg, Joe Biden, Amy Klobuchar, and Elizabeth Warren.

First up was not-so-mini Mike Bloomberg, who seemed to be of average stature from my perspective. He started off a little shaky but did better as his time progressed. I imagine, as the ninth richest person in the world with a net worth of over fifty billion dollars, Bloomberg is not used to asking many people for things especially votes on a national scale, so this election must be a new experience for him. Someone in the audience likened him to a turtle, which made me feel bad for the poor guy.

Biden went next and had a solid performance, in my opinion. He had no major slip ups, and he showed his intellect by pontificating on glioblastoma and gene sequencing techniques that could potentially be used to treat the cancer. He even stayed on stage during one of the breaks to give out the numbers of Nobel laureates researching glioblastoma to members of the audience that have family members dealing with the disease. What a guy!

Next up came Amy Klobuchar, and I thought she really won the crowd over much more than the other three candidates. The town hall format was greatly favorable to her, and I would like the egregious debates to be replaced with themed town hall events to better showcase the candidates’ records and policies. All in all, I think she had a great showing.

Last, but certainly not least, Elizabeth Warren came blazing out. She had previously been campaigning in Orangeburg for the day and had come directly from a rally at the Music Farm with John Legend. At ten o’clock, I give her major props for her stamina and palpable energy as the septuagenarian was still invigorated after that long day. Sticking to her brand, she rebutted the first two questions thrown her way with stern defiance that many in the crowd seemed to interpret as latent aggression.
Trump Rally

Again, the Trump rally was like nothing I had ever experienced before. I was really surprised at how nice everyone was, and the event was surprisingly more diverse than the former. Once the person standing next to me accidently bumped my head, to which he promptly gave me a bear hug, apologized, and called me his “little buddy.” It was very endearing.

Henry McMaster was the first major politician to take the mike, and many raptors may recognize him from when he came to our school last year. He did not state much of substance, but it was cool to see all of our prominent state legislators in one place.

Tim Scott and Lindsey Graham spoke next, and let me say that Tim Scott is a legend. He got the crowd fired up, and we were even able to close enough to him to shake hands. He seemed like a definite bro.

Finally, ole Uncle Donnie emerged, with spray tan and toupee in tow. He gave a very charismatic speech, all without a visible teleprompter. One thing that concerned me was that he got the stadium to cheer “twenty-five more years,” in response to the upcoming election, which is a clear violation of the twenty-second amendment passed after FDR’s twelve years in office. He is a great public speaker though, able to address dozens of thousands of people with aplomb.

It is anyone’s guess as to how these next few months will play out, but it is my sincere hope that everyone will be civil and kind to each other as we move forward together as a country.