This one's for Ms. Hurt 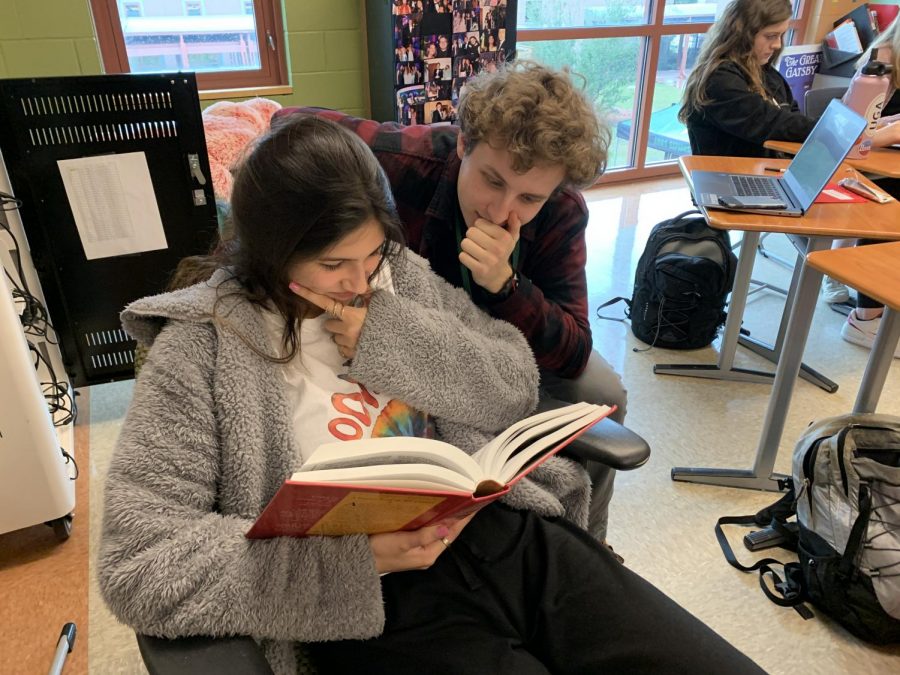 Dog (noun) – Used to describe someone who is cool. Sponsored by Christian Axenborg

Flukin around (verb) – Used typically to emphasize a point, ex: “I’m not fluking around.” Sponsored by Ella Lesesne

Word (noun) – An expression of agreement or understanding, ex: “I’ll be back in an hour.” “Word”

Bet (noun) – An expression of agreement

Yuri (phrase) – Do you know who Yuri is? Sponsored by Jack Levenson

Finna (phrase) – Shortened from “fixing to.” Used to describe something you plan to do

Wig (phrase) – expression made when drama is heard

Send (verb) – Putting all your energy into an activity. Ex: “Half send? What’s a half send?”

Flam (adjective) – bad, used for someone who bails on you

Cuff (verb) – to get a girlfriend or boyfriend. Ex: “It’s cuffing season.”

A cat (noun) – a beautiful girl. Sponsored by Christian Axenborg. A swedish term.

Extra (adjective) – over the top, excessive

Goat (noun) – the greatest of all time

Slap (verb) – Used to describe something you like. Ex: “This burger slaps.”

Tweener (noun) – a function slightly larger than a kickback (20 people)

Salty (adjective) – jealous or angry at someone

Game Over (adjective) – something so good that you cannot process it

Buddy (pronoun) – used in reference to someone. Ex: “You got a problem buddy?”

Perch up (verb) – to sleep or slump

It’s straight (phrase) – there’s nothing to worry about

On one (adjective) – acting crazy. Ex: “Sorry about that. He’s on one tonight.”

Rally (verb) – to come back from a… defeat

“What’s the cheese” – Will Jordan

“I’m trying to bring the word swag back” – Susannah Ryan

“I say lit a lot. In groups of three” – Elan Levine