This is the year of sequels and reboots. 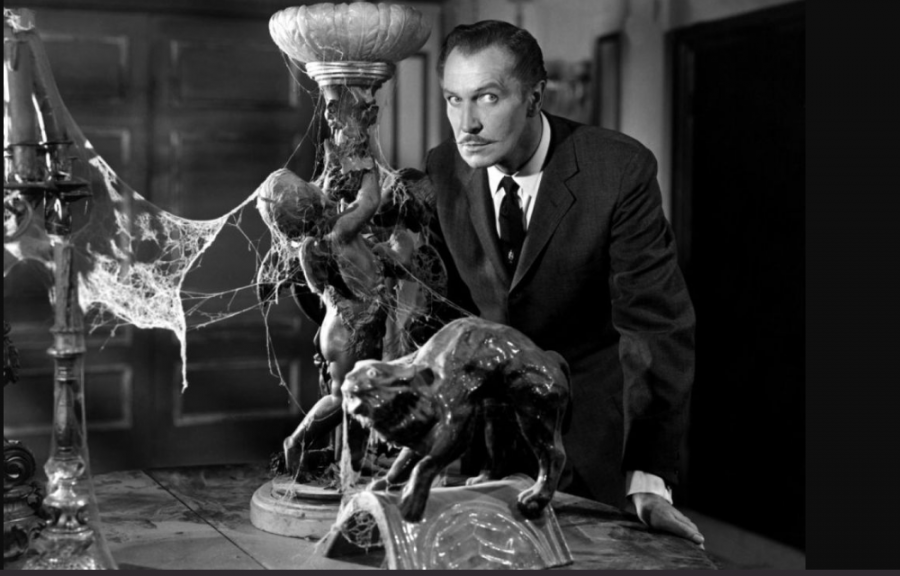 Following a major huge return to form with Halloween (2018), the Halloween franchise is back and stronger than ever. John Carpenter has undone all of the bad plotlines that were developed in all the movies post Halloween 2 (1981). Being credited as the original slasher film (despite the fact that Bob Clark’s Black Christmas came out 6 months prior), Halloween’s influence reverberates through the genre and every movie is a box office success.

John Krasinki’s directorial debut, A Quiet Place, was a huge critical and box office hit, however the ending felt very conclusive. Based on the trailer it seems like we’re going to get a better view of the world when the creatures first came, and be exposed to a lot more survivors.

This movie starring genre favorite, Finn Wolfhard, is a modern take on the Turning of the Screw, but of course, scarier. In the trailer we see a young woman, Mackenzie Davis (Martian and Terminator Dark Fate), find a new job as a nanny to two incredibly creepy children. The movie is sure to have some box office success due to Wolfhard’s presence alone, but I am thinking it will be a pretty good creepy kid movie.

In this film, we can look forward to Kritsen Stewart finally returning to the genre after her work in my favorite horror movies of all time, the Twilight series. Stewart leads a group of underwater researchers through their terror after discovering that their base has been destroyed by an earthquake. Based off of the trailer it seems as if there’s some kind of monster also lurking in the shadows, neat!

The Lodge is from the creators of Goodnight Mommy, which is, in my opinion, one of the best psychological horrors of the decade. The lodge seems to be playing on some of the same themes, as it is described as a movie surrounding the events of a small family trapped in a Lodge due to unforseen weather complications, and the mother being subjected to terrifying visions. The imagery in the trailers is absolutely terrifying and I’m stoked for this movie.

From the Director of the Blackcoat’s Daughter, we see a new interpretation of the modern classic, Hansel and Gretel. Based  on all the promotional images, this movie is going for a more A-24 vibe, and will likely be much more disturbing and horrific than other takes. This looks to be one of the most promising movies of this year. Not to mention it is staring another genre favorite, Sophia Lillis, who starred in IT Chapters 1 and 2, and Sharp Objects.

A reworking of the original Universal monster has not been done for years, but based on this amazing casting, and wonderful directorial staff, it looks like this new Invisible Man could be pretty good. It is looking to take a more horror stance on the iconic character, and the trailer presents him as more mysterious than the 1933 version. I hope it revives such an important character.

From one of the producers of the recent hits, Get Out and Us, Sean McKittrick, bring a new and terrifying movie into 2020. Not much has been released about this movie, but based off of the evocative imagery in trailer, and the outstanding cast this movie is going to go hard.

Starring Lucy Hale from Truth or Dare (and Pretty Little Liars), Plum House reboots the popular television series in a campy horror movie! Camp is one of the most important parts of horror culture, and is rarely expanded upon modernly, so I am excited to see where they take this movie. Based on the mostly comedic based cast, we can expect a fun script, fun delivery and an over the top slasher film, perfect for summer! (Even though it is coming out on Valentine’s Day)

Anyone who saw the original the Boy would know that the end didn’t exactly plant seeds for a sequel, however, one is coming in early spring. It seems like they are going to ret-con as much as possible and make the doll into an actual supernatural being. Katie Holmes agreed to be in this movie so maybe it will be better than the first one, I think we are all just hoping for the best.

This new installment into the X-men universe will be one of the first mainstream superhero horror movies. Filming finished in late 2017, but the production team was never able to finish development due to lack of funding. It is set to finally come out April 3rd, 2020.

This movie came out in the first week of 2020, so I was able to see it in theaters. It was super disappointing. The Grudge (2020) was a continuation of the original Grudge trilogy that halted in the mid 2000s, and with its comeback was a dull and predictable disaster.

Based on the Clyde Barker short story, the original Candyman movies came out in the early 90s, and created an iconic horror character and a franchise with a cult following. The 2020 Candyman will be directed by Jordan Peele, the face behind Get Out and US, and will likely focus on more of the social and political themes discussed in the original. Peele’s movies have all done very well critically and financially and I’m excited to see his take on this classic.

Typically the Ghostbusters movies wouldn’t be considered horror movies, but it seems as though this movie is going to focus more on the scares. It is starting Paul Rudd and once again Finn Wolfhard, and is acting as a connection between the original Ghostbusters series and this new generation of busters.

From director Edgar Wright, the creator of Ant-Man, Scott Pilgrim v. the World and Baby Driver, we are getting a straight psychological thriller. It is set to follow Anna Taylor Joy, and have elements of time travel. Not much is known about the actual plot but based on Wright’s past work and the promotional images this movie is going to be amazing.